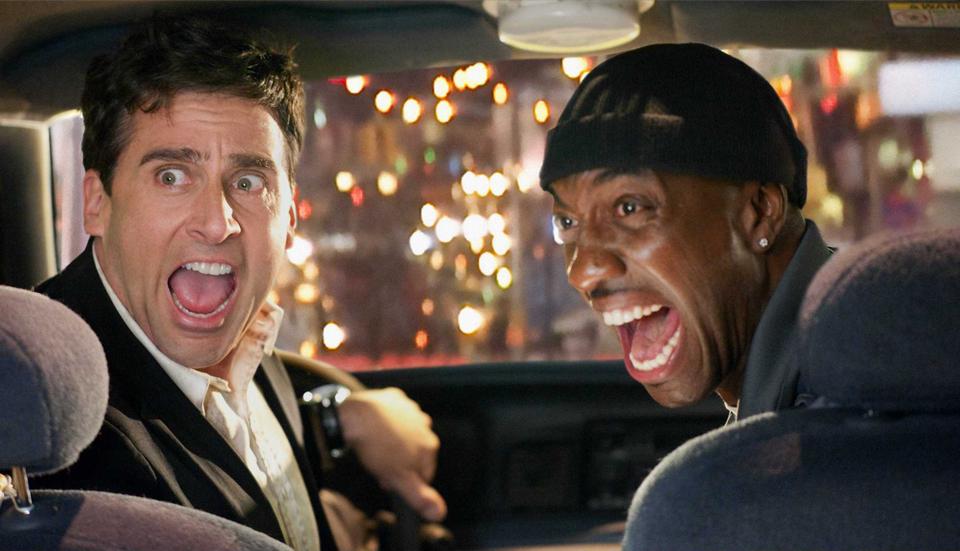 In “Date Night,” a stagnant couple (played by comedic heavyweights Steve Carell and Tina Fey) tries to spice up their romantic lives with an evening on the town. Their dinner plans, however, go wildly off course when they steal a reservation placed by two petty criminals on the run from the law.
By Lauren B. Paul, Contributing Writer

Steve Carell and Tina Fey’s onscreen chemistry shines in the chaotic and funny story of a married suburban couple in “Date Night.” The two combine slapstick and sarcasm in a winning combination, and turn this far-fetched story of wrong-place-wrong-time into something hilarious and original. However, given the focus on comedy and adventure, the typical formula for romance feels somewhat unnatural.

Phil (Carell) and Claire (Fey) Foster are a typical suburban couple who are starting to notice just how bland their marriage has become. When the Fosters find out that one of the happiest couples they know is splitting up, the two decide to spice up their weekly ‘date night’ with a dinner in the city. After appropriating the dinner reservation of a pair of absentee diners—who happen to be petty criminals—the Fosters’ night gets progressively and entertainingly worse.

Though Fey had no official hand in the writing, her performance embodies her signature brand of sophisticated comedy with an immature flair. Carell also falls into his familiar, loveable-yet-bumbling routine, accusing his wife of “lighting up like a sparkly sparkle” when laying eyes on another man. The two play off each other wonderfully, creating the dream team of comedy that many hoped they would be.

In fact, the two get along so well that sometimes it’s hard to believe their characters are supposed to be married. As the two fend off crooked cops, mob bosses, and tattooed criminals, all the while cracking jokes, their romance seems to be the least important element in the film. So when the two do go through the motions of couples in other romantic comedies—including moments of communication breakdown, self-awareness, and atonement—they feels out of place and slow the movie down considerably.

Aside from these momentary lapses, the movie carries itself very well. The script is extremely quotable and rife with entertaining vulgarities. Carell and Fey also make some potentially conventional scenes uniquely hilarious, including a misguided car chase and possibly the least-incognito performance in a strip club.

It is, however, a bit disconcerting when other stars start coming out of the woodwork. Mark Wahlberg makes a memorable appearance as a security intelligence expert who refuses to put his shirt on. Ray Liotta plays a stereotypical mob boss by the name of Joe Miletto, Leighton Meester pops up as a scheming babysitter, and James Franco and Mila Kunis play the petty criminals for whom the Fosters are being mistaken. At times it’s a bit distracting, but each star makes a small but satisfying contribution to the movie.

While there is never any real fear that the Fosters won’t survive their night in the city, and their marriage never seems in danger of disintegration, such tensions are ultimately trivial. The movie is a comedy, and shouldn’t be treated as anything else. Carell and Fey’s collaboration definitely lives up to the hype and is worth seeing. And the movie also provides a timeless moral: don’t steal someone else’s reservation!