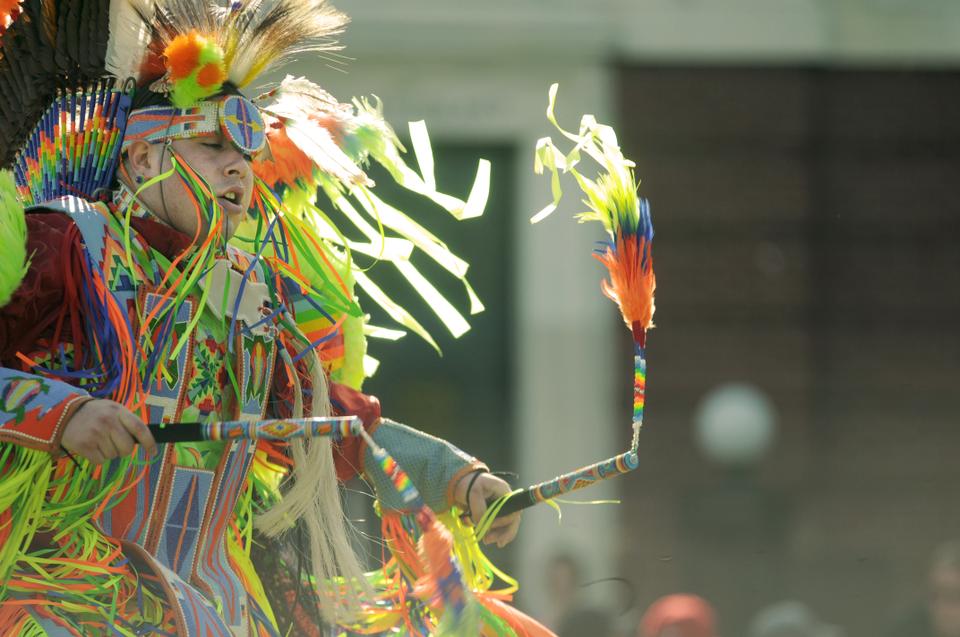 As Harvard exhibits the full diversity of its artistic talents this Arts First weekend, the campus’s Native American community is making sure to display its contribution to Harvard’s culture. On Saturday, Native Americans from the student body and beyond will gather to demonstrate their continued strength and cultural achievements in the 15th Annual Harvard University Powwow, a traditional honoring of Native customs.

“The powwow is a celebration of native songs and dance,” says Steven H. Abbott, Associate Director for Recruitment and Student Affairs at the Harvard University Native American Program (HUNAP). “It’s really about celebrating the community that’s here at Harvard, as well as the larger community here in the Boston and New England area.”

The powwow aims to both bring Native Americans together and to welcome in people who may have far less experience of these events. Cesar Alvarez ’13, an event organizer who is affiliated with the Mandan, Hidatsa, and Arikara tribes, says that one of the Powwow’s key goals is to show the importance of native culture to Harvard. Since this year marks the 15th anniversary of the Powwow, the 40th anniversary of HUNAP, and the 360th anniversary of the signing of the Harvard Charter—which stated the young university’s commitment to educate American Indians as well as Europeans—this year’s iteration offers a special chance to commemorate the importance of Native Americans to Harvard’s history.

“We want to remind everyone that, first and foremost, Harvard was an Indian college when it first existed,” Alvarez says. “We’re definitely trying to raise more awareness, and I think we’re doing a good job.”

Abbott agrees that the Powwow is an excellent means to show the continued importance of Native Americans in contemporary culture. “It’s very important for people to understand that native people are their friends, their colleagues, their coworkers,” he says. “Often native communities are locked in people’s opinion in an historical context, so that’s one of the things we hope people will take away. We hope they’ll see their peers in a slightly different context.”