An actress, singer, and director prepares for film school at USC 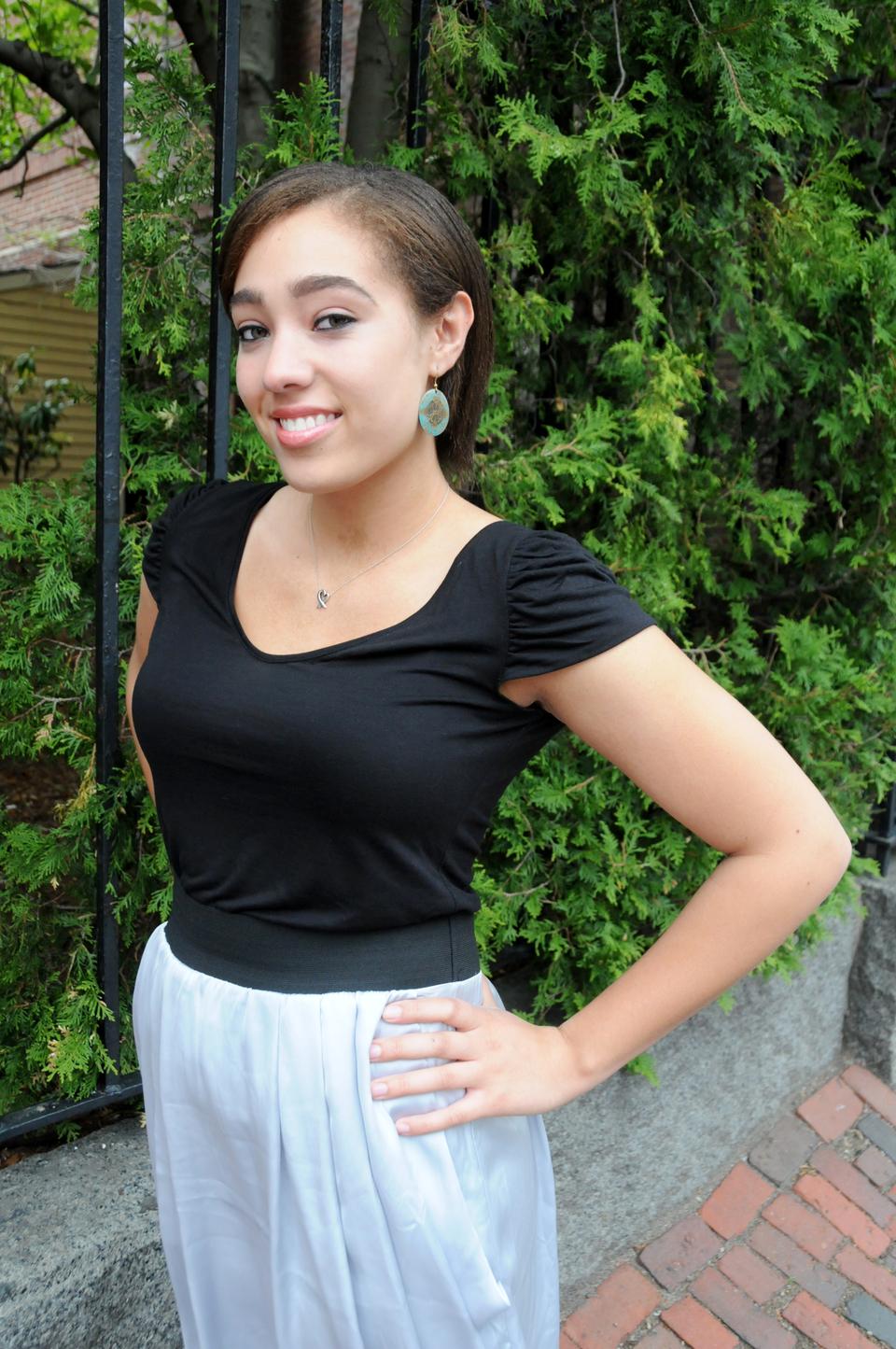 Though some may call Jordan A. Reddout ’10 a “late-bloomer” in musical theatrics, her enthusiasm and talent both on and off the stage have earned her the Radcliffe Doris Cohen Levi Prize, given each year to an outstanding Harvard undergraduate in the realm of musical theater.

“Unlike a lot of others, I didn’t do theater as a kid,” says Reddout. “My freshman fall, I played viola in the Harvard-Radcliffe Orchestra and rode crew. Then one day my freshman roommate, and co-recipient of the award, Christine [K.L. Bendorf ’10] heard me singing and told me to audition for something.”

So her freshman spring, Reddout tried out for her first show and became a performer. In the words of her theatric “partner in crime” Bendorf, “She took off on her own! We’ve been doing musicals together since freshman fall when we both discovered that we could sing, ‘What is This Feeling?’ from Wicked. Thus began the regular jam sessions in our room.”

Since then, Reddout has thrown herself into all things music on campus. In addition to being a Choral Fellow with the Harvard University Choir and singing at every morning prayer in Memorial Church, she has been a member of a cappella group the Harvard Opportunes. She has also performed with the Harvard-Radcliffe Orchestra, as well as the Brattle Street Chamber Players.

Her musical theater roles demonstrate her range and love of the stage. She has appeared in productions of Maury Yeston’s “Nine,” Gilbert and Sullivan’s “Utopia,” Stephen Sondheim’s “Putting It Together,” and Steven Schwartz’s “Children of Eden.”

Reddout demonstrates equal ability behind the scenes as well. She served as Music Director to the productions of “Jekyll & Hyde” and “Little Shop of Horrors.” She was also the Assistant Producer of “Urinetown (The Musical).” She is currently working on Sondheim’s “Into the Woods,” which she is directing.

“‘Into the Woods’ has been incredible,” says Reddout. “I was deciding what to do with my senior spring and again, Christine was there, and she said, ‘You should direct!’”

Bendorf is proud of her suggestion. “[Reddout] has been an absolutely fabulous director,” she says. “She really gets down to the heart of every character and makes that come across the stage.”

Aside from Bendorf’s encouragement, Reddout finds it difficult to point out a single person who influenced her most. “Theater is very collaborative to begin with.” She says. “The students I’ve worked with have been really influential and creative: you’d be surprised how much they can get done. My peers surprise me over and over again.”

With a life so invested in music, Reddout’s academic interests are not surprising. A joint concentrator in Music and Anthropology, Reddout has managed to blend the two together into a unique cross-cultural investigation.

“It’s a really interesting mix for me,” says Reddout. “I really like history and exploring different cultures, and anthropology is a really hands-on discipline. I actually just spent the last summer living in the mountains of Spain with gypsy goat herders, studying their music for my thesis.”

Next year, Reddout will be attending film school at the University of Southern California, but after that, nothing is set in stone.

“The problem is I keep falling in love with new things every two years.” says Reddout. “So hopefully something sticks. I don’t know what’s next, but I’m excited.”