Rosanne Cash Discusses 'Walk the Line' and Her Memoir 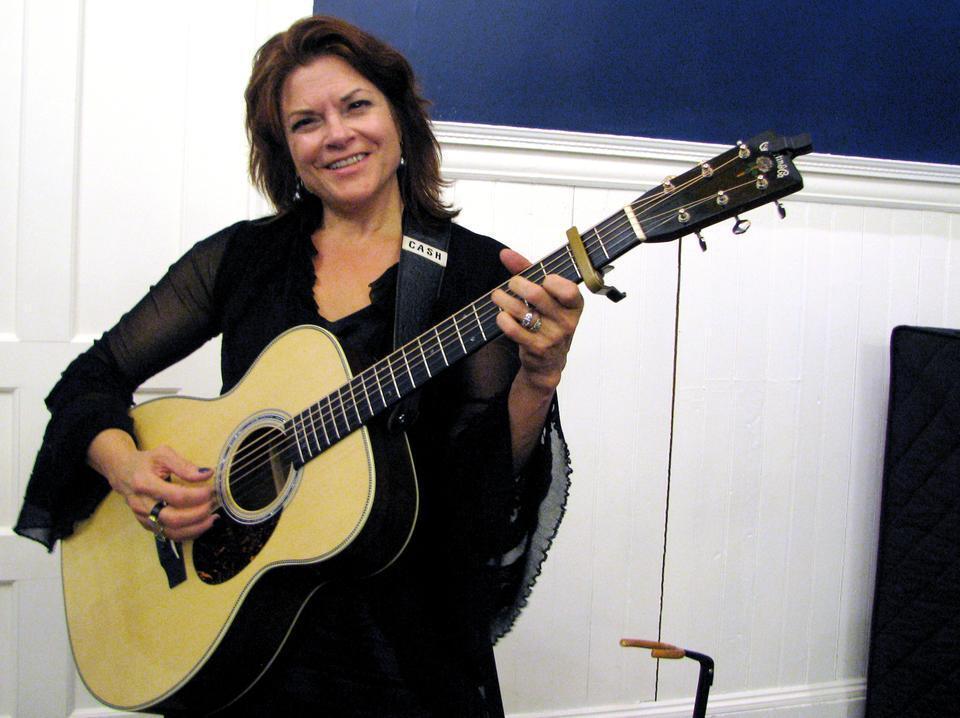 Rosanne Cash poses for a picture after a performance, and discussion about her creative process and her career as a composer and musician. Cash spoke about the release of her top-selling recording “Seven Year Ache” and touring with her father, the legendary Johnny Cash.
By Monika L. S. Robbins, Contributing Writer

A few months ago, Kirkland House Resident Scholar Peter V. Emerson saw a group of people with musical equipment standing in front of his gate at the airport. Emerson got in line and struck a conversation with a lady behind him.

After he asked a few questions about the band, the woman finally introduced herself. Emerson then realized that he had been speaking with Rosanne Cash, the song writer and daughter of country music legend Johnny Cash.

Yesterday, Emerson and Cash met again when the musician came to the Kirkland Senior Common Room as the guest speaker of a discussion that was part of the “Conversations with Kirkland” series.

When asked what she thought about “Walk the Line,” the 2005 Hollywood blockbuster about Johnny Cash, she said, “I thought what anyone would think if they made a Hollywood version of your childhood.”

Cash said she refused to go to the premiere, but watched the movie before its release with her teenage daughter.

The movie was “painful,” Cash said, “because it had the three most damaging events of my childhood: my parent’s divorce, my father’s drug addiction, and something else bad that I can’t remember now.”

Her daughter, on the other hand, liked the movie. Cash said she realized the movie was not for her enjoyment, but rather “for other people”—for them and her daughter, “it’s just some story.”

Cash said that when she was young she wanted to be an actor but was “unsuited” for that kind of life, and felt “an urgency to differentiate” and “prove herself constantly because the shadow of Johnny Cash loomed very large.”

At the event, Cash also discussed the changing music business, her fans, and her experiences touring, and took time to ask audience members why they came to visit.

John M. Sigmier ’12, one of two students present, said that Rosanne Cash was “his first Harvard experience”: while driving from Cleveland to Harvard with his parents for the first time, he listened to Cash on National Public Radio.

“My whole impression of her of being a very intelligent, articulate individual was validated,” Sigmier said.

Ashwin Kaja ’07, a Kirkland tutor who worked with Emerson to bring Cash to Harvard, said that because Harvard hosts many political speakers, he tries to  bring in people from “other walks of life.”

Cash’s memoir “Composed” will be published in August.