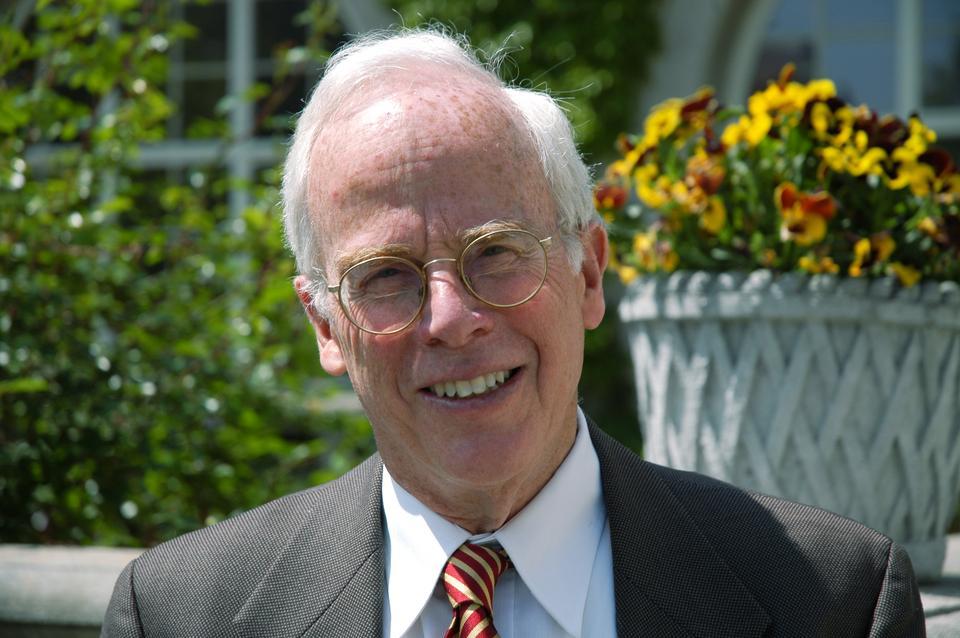 The first time that History Professor Charles S. Maier ’60 tried to ask his wife—MIT History Professor Pauline R. Maier ’60—on a date, she turned him down. He was a Harvard sophomore, and she was a Radcliffe student who was too busy for romance. At the time, they were both on The Crimson: he already a member of the News Board, she a recently elected writer.

“We came from totally different backgrounds; I came from a nonaffiliated Jewish family in the suburbs,” said Charles, referring to his New York City roots. His family moved to Scarsdale, N.Y. when he was nine, and he had attended a public high school there. He applied to Harvard, Yale, and Princeton before settling on Harvard because it suited him the best.

On the other hand, Pauline Rubbelke, as she was known at the time, was a parochial school girl from a working class family in St. Paul, Minn. She had never even heard of Radcliffe, she said, until she followed an acquaintance to a Radcliffe information session. There, she caught the attention of the alumni presenters by daring to be the only girl to raise her hand and ask a question.

“The graduates went into a spin about this,” Pauline said. “They noticed I was there, and they tried to find out who I was.”

Eventually, Pauline was admitted to Radcliffe, and in her sophomore year, she decided to comp The Crimson. It was there that she met Charles.

“I found her very striking,” Charles said, “but I couldn’t really ask her out while she was on the comp.”

Pauline said she remembers that Charles, after noticing that she was reading about Transcendentalism, first tried to catch her eye by giving her long lectures on the subject.

“I’m sure he was very proud of his lectures on Transcendentalists,” said Pauline, admitting that she found them a bit boring. “But he was very knowledgeable.”

After the comp, Charles attempted to ask Pauline out on a date, but he said that she initially rejected the offer because she was studious and did not have time to go out.

“I kept asking, and she kept postponing,” he said.

“The great joy of going to Radcliffe was that if someone asked you out on a Saturday night and you really preferred to stay home and study, it wasn’t understood to be a put-off,” Pauline said, adding that this did not seem to be the case at Wellesley.

Finally, after exams were over, Pauline agreed to a date with Charles, but their courtship was confined by the restrictions of the era.

“I imagine sexual relations are much more casual [nowadays],” said Charles, remembering how male students had to sign in female visitors, who then had to leave by a designated time. “The dorms weren’t integrated” at the time, he said, and that would not begin to change until 1970.

Pauline said she also remembers how restrictive the policies were during her undergraduate years, citing an incident when she was caught smoking with a friend around the same time that Fidel Castro came to speak at Harvard.

“I couldn’t go see Castro. I’m still pretty annoyed by it,” she said, referring to her punishment for the offense. “It was a historic event, and I missed it.”

After graduating in 1960, Charles with a degree in History and Pauline with a degree in History and Literature, the couple went to England for a year to further their studies. He had received a Henry Fellowship at St. Antony’s College, Oxford, and she was a Fulbright scholar at the London School of Economics and Political Science. Afterward, they married at Oxford and toured Europe together.

“How lucky he was to find such an intelligent and beautiful companion for life in Pauline Maier,” said Bryce E. Nelson ’59, Charles’s former colleague on The Crimson. “He obviously has much going for him if he could persuade her to marry him.”

The couple later returned to Harvard, where they began to pursue doctorate degrees in history. Charles focused on European history, while Pauline found herself drawn to American history.

“This couple basically covers the northern hemisphere in terms of history,” said Susan J. Diamond ’60, Pauline’s friend from Radcliffe. “That’s sort of a good portion of the civilized world, so they complement each other. They draw on each other.”

Eventually, both were able to secure tenured professorships in Cambridge—Charles returned to Harvard, where he has served as chair of the Committee on Degrees in Social Studies and director of the Center for European Studies, and Pauline found her way to MIT, where she mostly teaches early American history.

After raising three children, the couple now looks forward to evenings spent with their dogs and weekends spent at their home in Rhode Island, where Charles drives a tractor around while Pauline gardens and cooks.

Diamond said that Pauline best summed up her life with Charles in one sentence: “I’d gladly live the same life over again.”

—Staff writer Anna M. Yeung can be reached at ayeung@fas.harvard.edu.