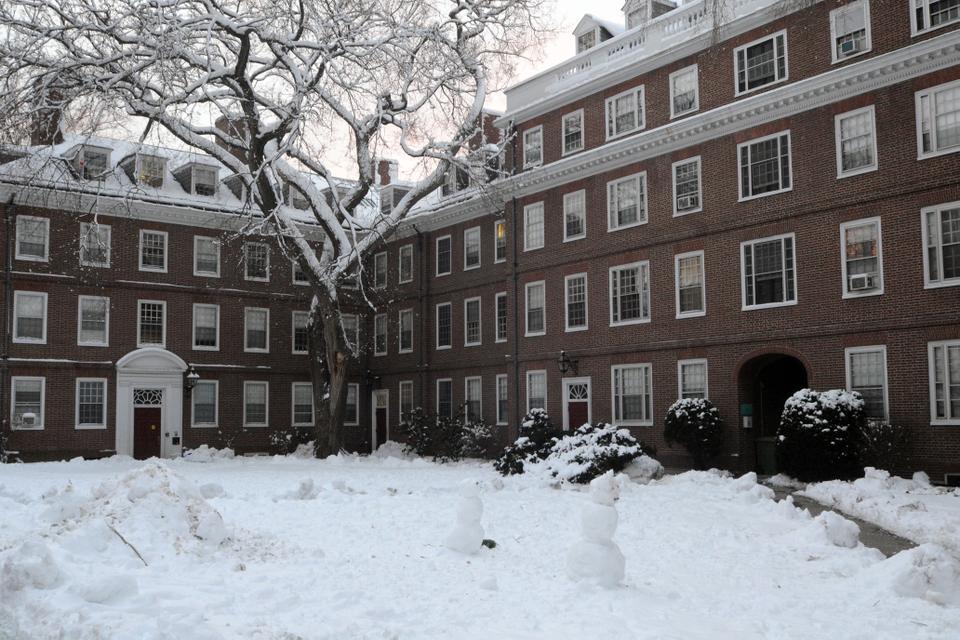 Old Quincy House will be the first building to undergo House renewal, the Dean of the Faculty of Arts and Sciences announced on January 14.
By Hana N. Rouse, Crimson Staff Writer

Old Quincy House will be the first of the 12 residential Houses to be overhauled, initiating the long-anticipated House renewal project, Faculty of Arts and Sciences Dean Michael D. Smith and Dean of the College Evelynn M. Hammonds announced today.

The renovation of Old Quincy House, slated to begin shortly after Commencement in 2012, will allow planners to confront the design and construction issues they may face when renovating other Houses, according to the press release.

Announced in 2008, House renewal is an ambitious project that aims to dramatically overhaul the physical structure of Harvard’s 12 residential Houses.

Because Quincy contains two buildings, the neo-Georgian Old Quincy and the more modern New Quincy, planners will be able to test their renewal designs while impacting only some House residents.

Smith has said in the past that Houses with neo-Georgian architecture, which include six full Houses and portions of Quincy and Leverett, would receive priority when determining the order of renovations.

“We want to preserve the historic character and culture of the Houses while renewing the House life experience as a part of a 21st century approach to liberal arts education,” Smith said in the press release. “The Old Quincy test project allows us to do just that, informing guidelines for renewal across the Houses.”

During the renovation, which will require that the College close Old Quincy for 15 months, the approximately 180 students affected by construction will remain a part of the Quincy community and continue to eat in the New Quincy dining hall. They will be moved to a nearby “swing” space, which the press release said would potentially be owned by Harvard Real Estate Services.

According to Smith, the funding plan for the project will be presented to the Harvard Corporation, the University’s highest governing body, in the fall of 2011, and with their approval, construction will begin in 2012. The start date for the project has long hovered around 2012, but as recently as October, Smith did not offer a definitive start date during a Faculty meeting.

The architectural firm KieranTimberlake began surveying Old Quincy last summer and drew up tentative designs for the buildings. According to the release, renovation plans will be modified over the coming winter, and by spring, a committee will begin to look into the logistics of moving students to the “swing” housing and maintaining the integrity of the Quincy community.

The press release did not offer a timeline for the rest of the project, although it reaffirmed that the start dates of future construction would depend on availability of funding.