Summer’s Over, Back to School 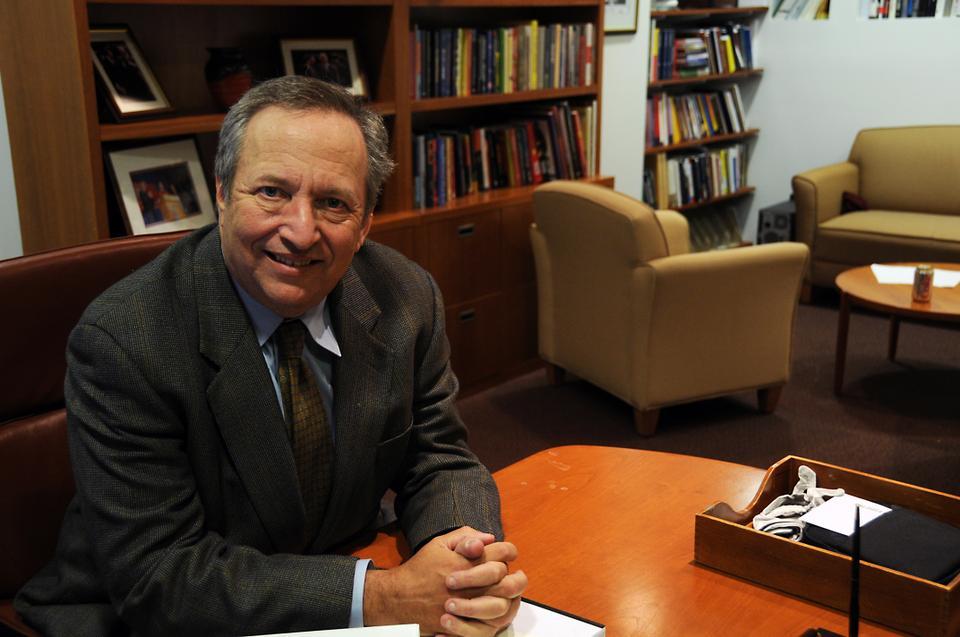 University professor Lawrence H. Summers didn’t need to say that he was back at home at Harvard.

Wearing black snow boots, Summers sat with both his feet propped up on his desk, as he comfortably waved around a nearly empty can of Diet Coke.

And like Harvard’s over 6,500 undergraduates, he had just finished his first day of classes—except he wasn’t returning from a one-month vacation, but from a two-year hiatus, working in President Obama’s administration as director of the National Economic Council.

Now Summers is co-teaching an undergraduate course, Economics 1420: “American Economic Policy,” and a course at the Harvard Kennedy School that examines the policies and response of the Obama administration to the recent financial crisis and recession.

Summers said he plans to draw from his experiences in the White House for both courses.

“Certainly when you have to give advice or make decisions on major economic problems it is rather different than thinking about them in a textbook context,” Summers said. “I hope in my lectures to be able to share the many aspects that have to go into an ultimate decision.”

The former Harvard University president served as senior economic advisor to the president during the largest recession in modern times. He advised Obama through the passage of the $787 billion stimulus and health care reform.

Summers praised the passage of the bill, but he admitted “that battlefield medicine is never perfect” and said he expects that “the health care program can and will be improved on over time.”

Passing the health care bill or financial regulation is only half of the challenge, according to Summers.

“One of the things you learn in government is that passing legislation is only a small part of it,” Summers said. “Implementing it in a thoughtful and intelligent way is a large part of it.”

Different reasons have been cited for Summers’ seemingly abrupt departure from the Obama administration. Had he remained in Washington for another year, Summers would have lost tenure and had to petition to have it restored, as per Harvard’s tenure rules.

But for Summers, life at Harvard otherwise has fallen back to a familiar rhythm. Summers’ former assistant has rejoined to keep “my office and my life in order.”

Summers’ new office in the Kennedy School’s Littauer Building comfortably fits his desk and a small coffee table littered with three Diet Coke cans. Old pictures and mementos from his time in Washington and at Harvard fully decorate the walls.

“The pictures of me with President Obama and Vice President Biden, though, are new acquisitions,” Summers says, pointing at the pictures, parting his olive green plaid tweed jacket and exposing his purple suspenders underneath.

For Summers, Harvard is a familiar and long-term home. Since receiving his Ph.D from Harvard as a graduate student in 1982 and gaining tenure one year later—at the age of 28, becoming one of the youngest tenured professors in the University’s history—Summers has been largely based out of Cambridge.

“My wife is very happy not to be commuting to Washington periodically,” Summers said, with a light laugh that frequently punctuated his sentences and an easy smile.

New is not the only person who will be happy to welcome Summers back home to Cambridge.

“It’s good news for Takemura, the Japanese restaurant across the way,” Summers said.

“That was a frequent haunt,” he added.

And Summers does not plan to leave these familiar places anytime soon.

“It’s very good to be back,” Summers said. “I thoroughly enjoyed my time in Washington, but this is home.”