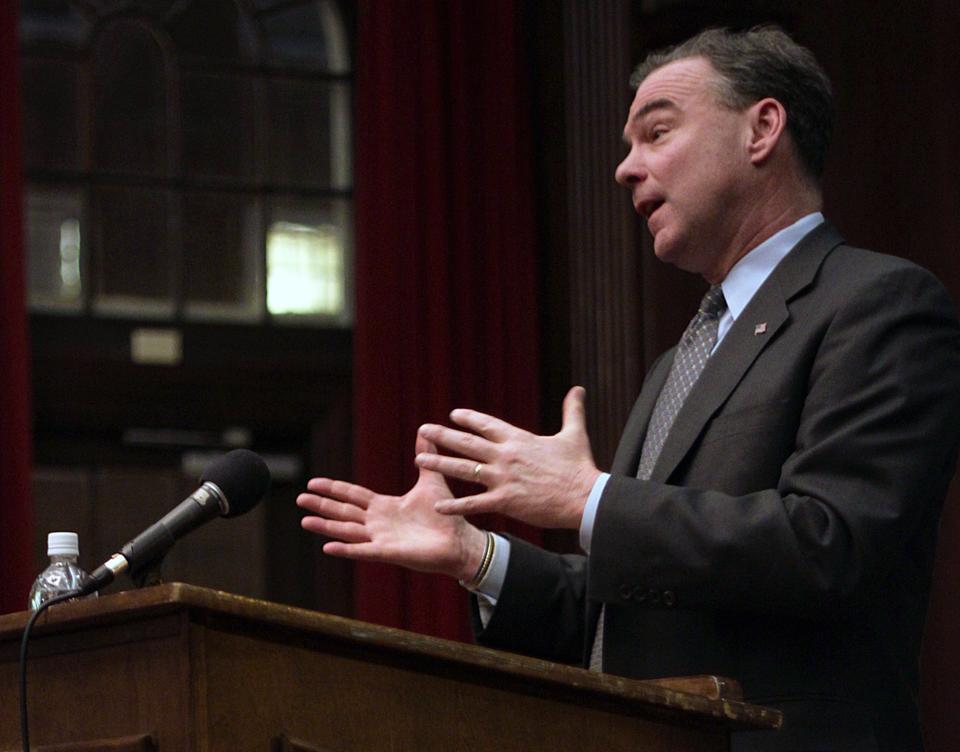 Democratic National Committee Chairman Tim Kaine said the Obama administration needs to improve how it communicates its legislative achievements to the American public, during a speech at Kirkland House last night.

“I do think we missed some huge opportunities for that in the first two years,” he said. “The White House has had a reluctance to tell the story and say, ‘look at all the good things we’re doing.’”

But aside from his critique of the Democrats’ communication efforts during the last two years, Kaine struck a largely positive note.

In order to recover from the 2010 midterm elections, the Democratic Party must embrace an innovative economic strategy in addition to refining its messaging tactics, Kaine said during a talk hosted by the Harvard College Democrats, which was part of the ongoing “Conversations with Kirkland” lecture series.

“The most important economic challenge for America going forward will be the shift from an economy whose heat is generated by overconsumption and debt,” Kaine said, echoing President Obama’s emphasis on the need for an “innovative economy” in Tuesday’s State of the Union speech. “We need a sustainable economy based on something that is not going to be so boom and bust.”

Kaine also defended President Obama’s first two years in office, extolling all that the president had done to correct what Kaine said he saw as the mistakes of the 2000s, which he called  “a lost decade in American life.”

“I think you’re going to see a much more aggressive telling of the accomplishments and response to what the other guy is saying,” he said. “If you don’t tell your own story, nobody does.”

While much of his speech was spent celebrating the accomplishments of the Obama administration, Kaine extolled public dissension as a means of fostering progress, mentioning the American public’s dissatisfaction with “Don’t Ask, Don’t Tell.”

“The impatience of youth, the desire to improve, has to be a perennial and important part of our political process,” he said.

“Kaine hammered home the point that we as Democrats have a lot to be proud of,” he said. “There are a lot of reasons to be optimistic as a Democrat, and I felt that Kaine’s speech was really invigorating.”

But not everyone in attendance was convinced that the Democrats would be able to refine their messaging strategy before the 2012 elections.

“I’m not sure how they think doing the same thing twice is going to have a different outcome,” said Samuel L. Coffin ’14.

—Staff Writer Rebecca D. Robbins can be reached at rrobbins@college.harvard.edu.