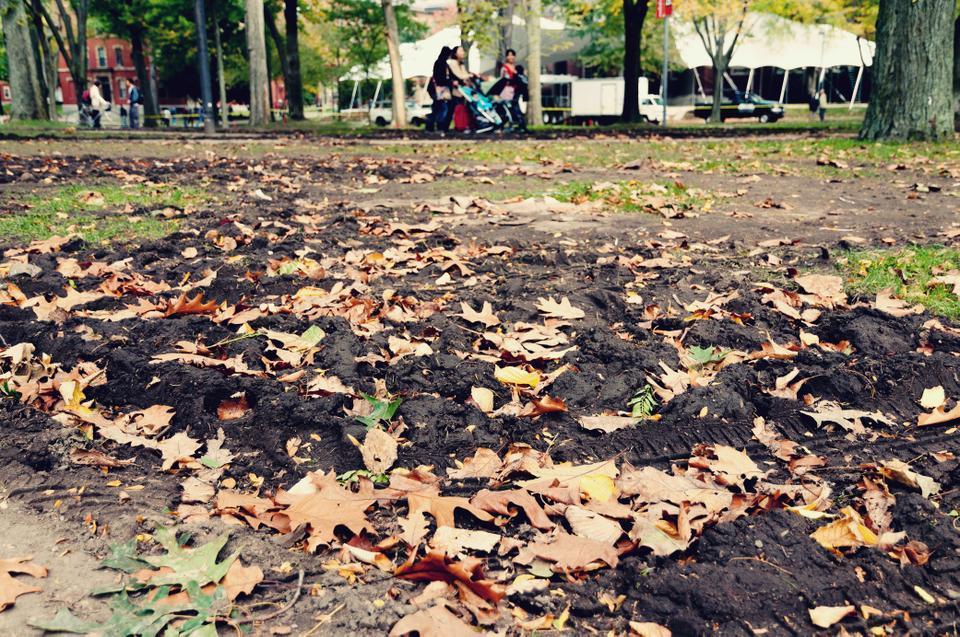 Though the rain last Friday may have put a literal damper on the events of Harvard’s 375th anniversary, the weather didn’t stop many students and alumni from storming Tercentary Theater and ringing in the school’s birthday.

Now that the clouds have cleared, however, the aftermath of the massive party is left for the school to clean up.

Landscape Services, a group of horticulturists and property maintenance workers responsible for restoring the Yard to its previous state, began repairs on Tuesday.

“Any time there’s an event in the Yard, be it a Commencement or Yardfest, the crew is prepared,” said Tania M. deLuzuriaga, a spokesperson for the University.

DeLuzuriaga predicts that the rain will have little effect on the ability of  Landscape Services to complete the task, as they are always prepared for a large cleanup after an event in the yard.

“If there’s rain, obviously [the cleanup] is going to be worse,” she said.

DeLuzuriaga also said that the large white tents placed in various locations around the Yard in the days leading up to the event were only added after seeing the forecast for inclement weather.

The tents were also a means of keeping one of the party’s main attractions, the cake, intact. The red velvet cake was frosted with Swiss meringue vanilla buttercream and consisted of 63 individual cakes. It was created by Joanne B. Chang ’91.

DeLuzuriaga also reported that the Landscape Services crew would being putting sod on the “areas of the Yard that are basically mud,” since it is now too late in the season to plant grass seeds.

The instillation of sod is partially weather dependent, but barring any rain storms, Landscape Services is hoping to have the repairs done by the end of the week.

According to University Marshal Jackie O’Neill, peak attendance at the event ranged from 15,000 to 18,000 people. She clarified that the cost “ran in the thousands, not millions.”