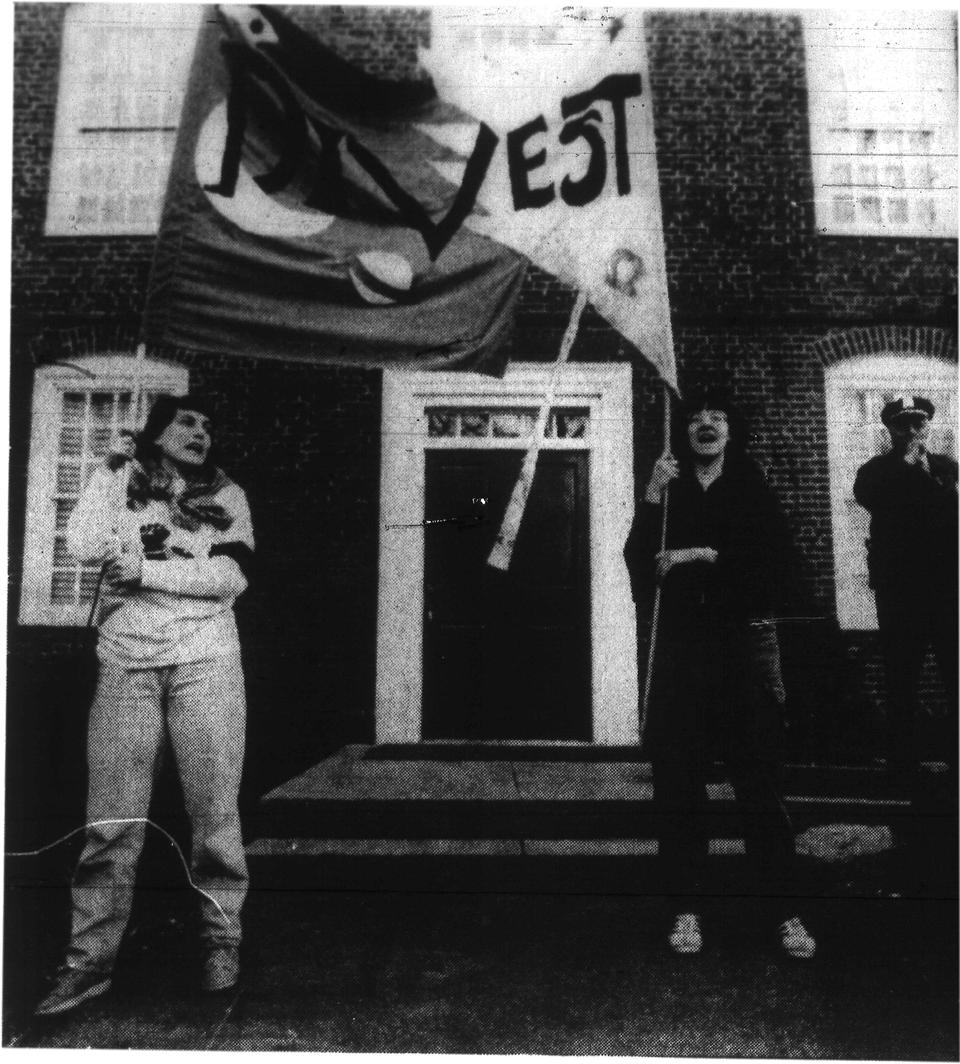 On March 20, 2003, the day the United States invaded Iraq, Harvard students took to the Yard with bullhorns and pickets. Channel 7 was there to cover what they thought was the inevitable Harvard anti-war protest. But the cameras instead captured the School’s annual Housing Day festivities. Unfortunately for Channel 7, the student activities did not embody the knee-jerk anti-war reaction that has been associated with Harvard in the past. In fact, Harvard’s relationship with war over the past three centuries has been far more complicated.

The American Revolution marked one of the student body’s first forays into the political discourse of war. It was during that period that a group of students established the “Speaking Club,” a peaceful but lively organization in which students could vent their frustrations at the British government and express their revolutionary ideals. The revolutionary fervor circulating on campus only resulted in one violent incident: a riot broke out when two loyalist students brought tea—a product of contention in the days of the Boston Tea Party—into the dining hall.

The Speaking Club’s legacy as a forum for political conversation endured long after the United States won independence. Publications in particular—The Crimson included—provided a voice for the oft-frustrated student body. From 1914 to 1917, The Crimson staunchly advocated isolationism in the face of the European conflict. When the United States finally chose to enter the war, the paper’s front page headline read “RAGNAROK,” an esoteric but biting reference to the apocalypse of Scandinavian mythology. In 1940, the then-isolationist Crimson published an editorial criticizing the Harvard World War I veterans who partook in a war that set the precedent for America’s involvement overseas.

The turbulence of the Vietnam years once more brought violence to the forefront of student protest. The 1969 student occupation of University Hall from April 9 to April 10 forced police to resort to the use of mace and billy clubs. 400 police officers flooded the yard, constituting the largest use of outside police force in school history, and more than 100 protestors were arrested.

Harvard as an institution, however, has remained remarkably active in the country’s military endeavors. During the Revolutionary War, the school could not avoid the conflict. Only a mere 17 miles from Concord, the opening shots of the Revolution reverberated intensely around the school. The state soon called upon the campus to serve the government, and College buildings were transformed into soldiers’ barracks while classes were relocated to Concord for 14 months. Normal school procedures, including Commencement, came to a halt for several years.

The Revolutionary War established a long-standing tradition of housing soldiers during times of military conflict. Once the United States entered World War I, dormitories and classrooms housed hundreds of naval cadets, while double-decker bunks for military trainees marked the World War II years.

In its efforts to remain a cutting-edge scientific and research institution, Harvard has also been at the forefront of developing military technologies. During World War I, the school’s chemistry department specialized in the production of poison gas and corresponding gas masks for soldiers. Three decades later, then-University President James B. Conant, a chemist by training and a member of the Class of 1914, was heavily invested in scientific military endeavors during World War II, particularly the development of the atomic bomb.

The bumps in Harvard’s high-profile relationship with America’s wars have primarily originated in disagreements between the student body and the administration. Amidst the Revolution in 1780, students opposed to President Samuel Langdon’s revolutionary fervor publicly called for his resignation. During World War I, students challenged President Abbott L. Lowell’s interventionist ideals. They publicly decried his efforts to bring military recruiters to campus and claimed they were more concerned with winning the Harvard-Yale game than engaging in a foreign entanglement 3,000 miles away.

Similar disagreements arose during the onset of World War II. In the two years leading up to Pearl Harbor, the student body heavily criticized Conant’s advocacy for involvement in the war. A Christian Science Monitor poll in 1938 reported that 91 percent of Harvard’s student body was opposed to entering the war, while 62 percent opposed sending aid of any kind for fear that it would bring the war to American shores. The students picketed Conant’s office and publicly mocked him during the halftime show of the Harvard-Yale game.

Anti-administration rhetoric reached a high during the Vietnam War, mirroring anti-establishment movements across American college campuses. English Professor Louis Menand remembers observing the fervor surrounding the 1969 occupation of University Hall as a seventeen year-old living in Cambridge. “I think that the students in 1969 at Harvard, like the students at Columbia and Berkeley and other places where there were protests about the war, felt not listened to by the administration,” he says.

In 1967, as a sign of future protests to come, students forcibly held a military recruiter hostage in Mallinckrodt Laboratory for seven hours until he promised never to return to the campus. One year later, students staged a sit-in at Paine Hall until the school’s administration reached a decision about the potential elimination of the Reserve Officers’ Training Corps from the school’s programs.

In the twentieth century, ROTC became one of the most significant points of contention on Harvard’s campus. In 1915, Harvard’s administration first met opposition when it introduced a military science course, according to Richard Norton Smith’s “The Harvard Century.” A year later, the University officially established ROTC on campus. Half a century later, with Vietnam raging, protesting students turned their sights to ROTC. They primarily wanted ROTC relegated to the status of an extracurricular activity, stripped of its academic legitimacy. More radical student organizations, such as the Harvard chapter of the Students for a Democratic Society, wanted it removed entirely from the school.

On midnight of April 8, 1969, under the leadership of SDS co-chairman Michael Kazin ’70, students marched on President Nathan M. Pusey’s house to demand the end of ROTC on campus. Frustrations over Harvard’s military programs led directly to the ill-fated occupation of University Hall the following day. In the wake of the controversial police action to break up the sit-in, the school decided officially to abolish ROTC’s academic standings on campus.

ROTC was not formally reinstated until March of this year. Its return, to much fanfare, represented a tangible shift in Harvard’s relationship with the military. But the story is ongoing. Impassioned Crimson editorials, war memorials, and student protests all attest to Harvard’s long history of engaging with—opposing and supporting—a nation at war.