Samuels to serve as president, Zauzmer as managing editor, Garcia as business manager 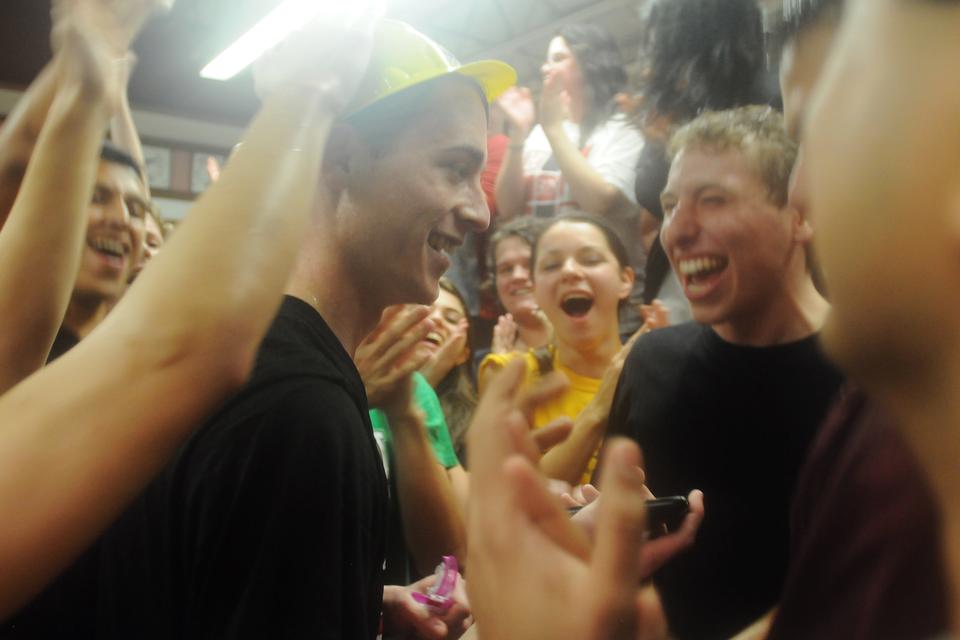 Crimson editors cheer E. Benjamin Samuels '13, who was named the next president of The Harvard Crimson, in the newsroom of The Crimson on Friday.
By Crimson News Staff

E. Benjamin Samuels '13 will lead the newly-elected 139th Guard of The Harvard Crimson, the paper's president announced on Friday.

Samuels, a Near Eastern Languages and Civilizations concentrator from Pasadena, Calif., and a Lowell House resident, is an associate sports editor who covers Harvard football and men's hockey and leads The Crimson's sports comp. He has also been an operations manager for The Crimson since the start of this year.

Samuels will assume the president's post in the beginning of January.

The paper's outgoing editors elected their successors early Friday morning, and the president of the 138th Guard, Naveen N. Srivatsa '12, announced the results to The Crimson's staff soon after.

"The leaders of the 139th Guard have the drive and the talent they need to take The Crimson to new heights," Srivatsa said. "All of us can look forward to an exceptionally strong year ahead, and I know I'm eagerly looking forward to their accomplishments."

The Crimson's next managing editor will be Julie M. Zauzmer '13, a Crimson blog executive and news writer who has covered the College administration as well as the Adam Wheeler and Kirkland shooting trials. J. Sebastian Garcia '13, a Crimson advertising manager, will head the organization's finances and operations as The Crimson's next business manager.

The Crimson, founded in 1873, is the only daily newspaper in Cambridge, Mass., and the oldest continuously published daily college newspaper.

The Crimson chooses its leaders through an election process known as "the turkey shoot," in which all outgoing executives are invited to participate. A successful candidate must receive at least 75 percent of the vote.

Joining Samuels, Zauzmer, and Garcia on the masthead are:

IT Chair for Development: Sophie Chang '13