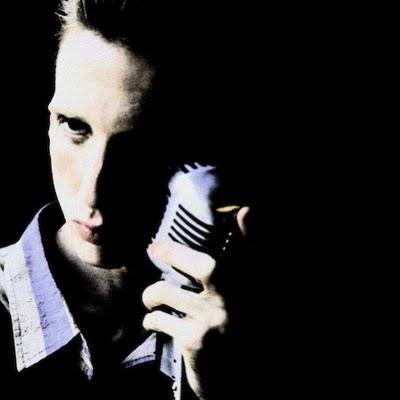 “The older you get you’ll see / you’ll be a lot like ... me,” sings Bradford Cox on “Parallax,” his third release under his solo moniker Atlas Sound. The future may be uncertain, but if Cox’s words have any truth, then our future selves will be quite strange, to say the least. After all, Cox has dubbed “Parallax” a science fiction album, and the album’s instrumentation is a mélange of fuzzy synthesizers and robotic beeps that bring to life his imaginary future world. To his credit, however, he pulls off this weirdness skillfully and saves “Parallax” from becoming a pure gimmick. Let our future selves rejoice: we may be fated to go mad, but as Cox shows, insanity is not always a curse.

Cox is best known for fronting indie rock sensation Deerhunter, a band known for its hauntingly simple chord progressions and its trance-inducing melodies. His work as Atlas Sound uses these characteristics as a framework, but subtly twists them, almost as if he were pushing deeper into the dreamy abyss conjured by his main project. While Deerhunter’s songs are strange and twisted, often focusing on mental illness and various tragedies, the tracks on “Parallax” cover different territory, touching on time travel, parallel universes, and extra-human existential crises.

The album opens on a note of eerie dissonance with “The Shakes,” a track full of soft harmonies and layered synths that combine to create a shoegaze effect. “The Shakes” is lo-fi, but with enough excitement to provide a portal into Cox’s vision for the album. This vision is one of exploration and strangeness; Cox seems to use fantastic images and space motifs as a template for weirdness. “I found money and fame / But I found them really late,” proclaims the song’s narrator, with an air of regretful dissatisfaction. It is exactly this attitude that characterizes the track and much of the album: a longing for something never experienced in this world. Unfortunately, “The Shakes”—like much of “Parallax”—ends abruptly, never exactly revealing the intangibles at its core.

Despite its billing as a concept album, the songs on“Parallax” do not stick to a general ethos. Trippy cuts are immediately followed by upbeat tracks that—lyrics aside—could almost be pop songs. Take “Mona Lisa,” the most upbeat song on the album, featuring Andrew Vanwyngarden of the standout pop-electronica duo MGMT. On the one hand it’s undeniably catchy, but at the end of the day it’s still tragic: the narrator is separated from his love interest by the meddling forces of time and space. “We’re interrupted by a hundred galaxies,” sings Cox, adding a sense of unalterable sadness to the seemingly upbeat track.

Cox has a tendency to cut instrumentally peppy songs with depressing themes; the universe that “Parallax” presents is inherently flawed, with somber themes lurking behind Cox’s shiny instrumentation. Judging from its title, “Te Amo” seems like a love song, and this is certainly reinforced by its light instrumentation. Nevertheless, Cox’s modus operandi is present even here, with lyrics that sound romantic on first listen, but that are slightly more distressing on further study. “Te amo / I’ll pretend you were the only one.” It’s a love song for the video game age—electronic and fast enough to hold a short attention span.

Although “Parallax” does not present a totally unified vision, particularly due to the unfulfilled nature of individual tracks, Cox succeeds in presenting a distinctly bizarre futuristic landscape that is all his own. Listening to “Parallax” is almost like having awakening from a strange, half-remembered dream, and even after multiple listens it’s hard to tell exactly what Cox was going for. Cox has produced an entertaining if forgettable album, one that stays true to its title. Too often, just when a track starts to get interesting, Cox is already on to the next idea, a veritable parallax in action. For the unaware, a parallax is an optical phenomenon that makes us perceive closer objects as faster when we are in motion. Indeed, once the album is over, there’s a distinct feeling that everything whizzed by too quickly.

—Staff writer Sophie H. Heller can be reached at sophieheller@college.harvard.edu.