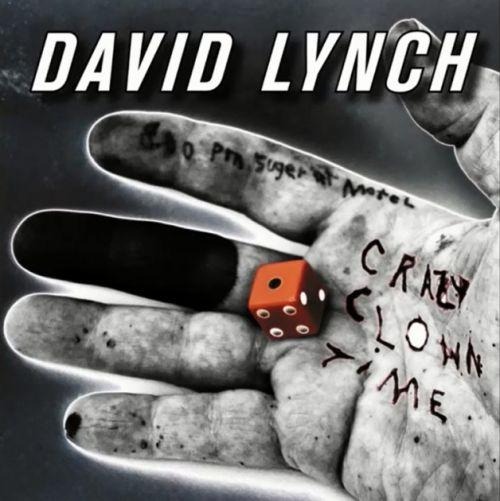 When someone hears the name David Lynch, they think director. And with good reason, seeing as filmmaking is undoubtedly where Lynch has experienced the most success, with three Academy Award nominations for Best Director and another nomination for Best Screenplay. Most people would be quite surprised to hear that Lynch is also quite prolific as a musician, with numerous collaboration albums released over the past few years, with artists such as Danger Mouse and Sparklehorse. At second glance, however, his forays into music are not altogether unexpected, as Lynch is known to put enormous effort into the sound design for his films. What sets his latest album “Crazy Clown Time” apart from his previous oeuvre is that it is the first time he and his music attempt to stand on their own.

Unfortunately, without the backdrop of an illustrative film narrative or the support of another artist, “Crazy Clown Time” simply does not stand up as an album. Lynch has created an album filled with strange, confused amalgamations of artistic intent. The album is all at once bluesy, dark, electronic, self-indulgent, and ultimately confusing. Listening to the album, one gets the sense that Lynch is still writing the soundtrack to some narrative that plays out in his mind but never fully translates to the listener, and this disconnect leaves the songs lacking in purpose and meaning.

Many of the songs are simultaneously simple and without direction, like “So Glad,” where the only constant, driving presence in the song is the rudimentary drum beat. Everything else in the song is transient, the vocals are quiet and affected to point of being difficult to comprehend. “Noah’s Ark” feels virtually the same, with strange, whispered vocals over a languid, uninteresting beat. Each song only has a few lines of lyrics repeated over and over, but fails to develop at all from start to finish. This stasis robs the words of any potential power. Lynch makes the mistake of over-distilling songs into only a few elements while leaving those few elements too undeveloped to carry the songs.

The best songs on “Crazy Clown Time” are the ones when Lynch seems to put a more serious musical foot forward. “Football Game” is a welcome change of pace, with some bluesy guitar and vocals that maintain a steady presence throughout the song. “Speed Roadster” may be the high point of the album, and its strength comes from its directness. On this track, Lynch finally steps away from the theatrics of voice effects and abstraction, and sings a simple bluesy song. The listener can at last hear some of the words from a human, jilted lover when Lynch sings “I got fucked by you / Fucked real bad / Maybe you’re happy / But I hope you’re sad.” This is much more enjoyable than the demented moans and affected clown-like rambling on the album’s titular track, “Crazy Clown Time.”

The moments on “Crazy Clown Time” when Lynch drops the pretense of concept and theatricality are the most effective moments. On tracks like “Speed Roadster,” the bluesy chords sound right at home next to the bitter words sung by a heartbroken man. Unfortunately, songs like this are the minority. For most of the album, Lynch insists on attempting to create nightmarish or just confusing sounds, instead of music. The same emotional honesty present in “Speed Roadster” are hinted at in songs like “Good Day Today” in the pensive synth notes in the background, but it is lost amid the strange electronic dance beats and robotic vocals that characterize the rest of the tracks. Lynch clearly has a musical ear, and he has put together an ambitious album in “Crazy Clown Time,” but his taste for theatrics overshadows and detracts from the music itself.