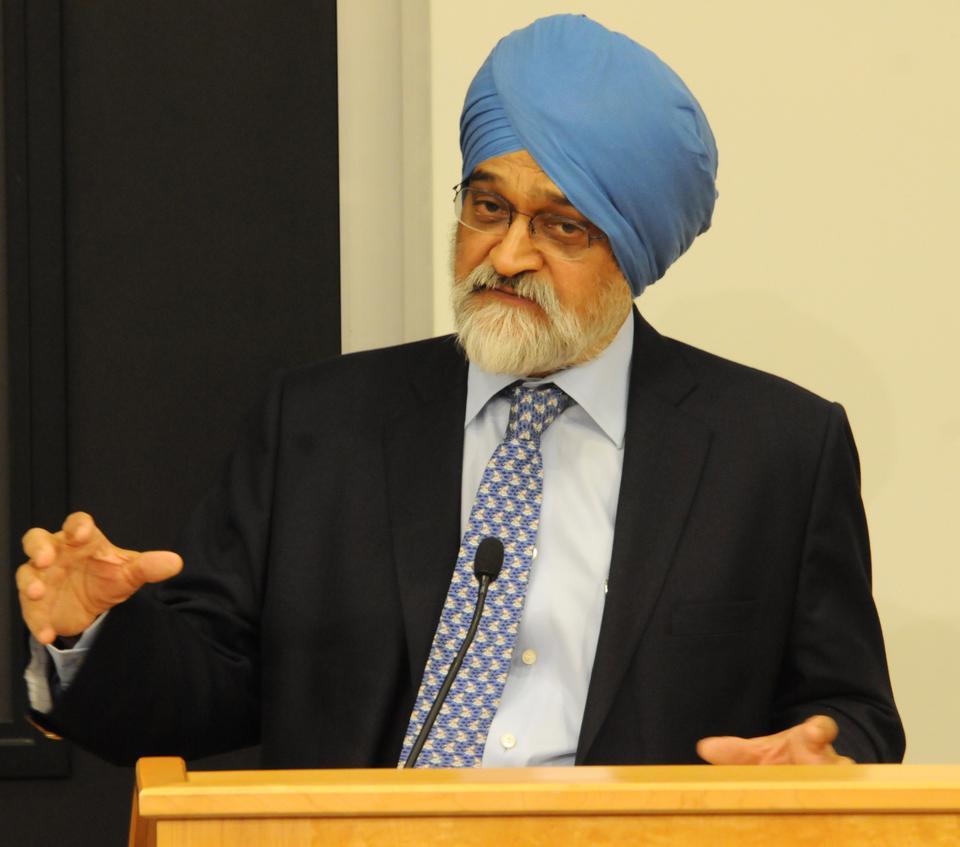 India is predicted to have the third largest gross domestic product in the world in five years, according to Montek Singh Ahluwalia, India’s deputy chairman of the Planning Commission of the Government.

Between 2030 and 2035, India could experience economic growth comparable to China’s recent economic success, Ahluwalia said Monday during his talk on “India’s Growth Prospects: The Challenge of Realising Potential.”

The Planning Commission recently produced its twelfth Five Year Plan, which set a goal of achieving 9 percent growth in GDP in India.

Pre-empting any skepticism from the audience about the feasibility of this goal, Ahluwalia cited the country’s past performance.

From 2008 to 2011, industrialized countries had an average growth rate of 0.3 percent whereas India’s grew to 7.7 percent, he said.

But Ahluwalia cautioned that past performance is not necessarily an adequate indicator of what will occur in the future. He gave an examination of the Indian government’s failures, especially in the realm of poverty reduction.

“I think the official view of the government of India is that while we’ve done very well on the growth front, we haven’t done as well on the inclusiveness front,” Ahluwalia said, explaining that not everyone is experiencing the benefits of the country’s growth.

During the question and answer session, Homi K. Bhabha, director of the Mahindra Humanities Center, asked for an explanation for the deficiencies in humanities education in India.

Ahluwalia attributed the problem to a lack of funding.

“To teach humanities, you need to subsidize,” Ahluwalia said, “and unlike Harvard, we don’t have a 300-year philanthropic tradition to cash in on.”

Many of the more than 60 individuals in the audience chuckled at Ahluwalia’s response.

“He is fabulous,” said former Harvard School of Public Health Dean Barry R. Bloom. “They are very lucky to have him in India; I would welcome him to help with the United States government.”

Ahluwalia’s lecture was part of the Sixth Annual Tsai Lecture Series funded by the Tsai Lecture Fund and supported by the South Asia Initiative at Harvard.

Tags
Harvard in the WorldEconomics