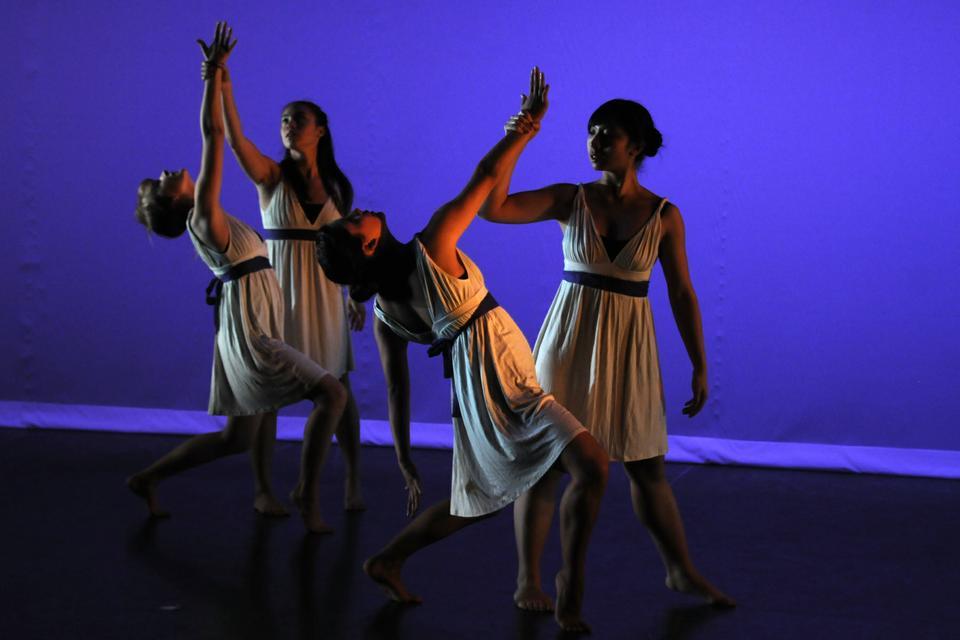 Last weekend at the Harvard Dance Center, the Harvard-Radcliffe Modern Dance Company (HRMDC) performed an anniversary show, “35: Thirty-Five Years of Dance.” Founded in 1976, HRMDC is the longest-running student-operated dance organization at Harvard. The group is entirely non-profit and runs on donations from audience members. They perform a variety of contemporary dance styles and showcase student-produced choreography.

“35” was a celebration of the HRMDC’s development from its earliest years to its wide recognition on campus today. The evening’s performance began with a group improvisation session that was spontaneous, energetic, and testified to the dancers’ artistic creativity and technical skill. This lively introduction created a sense—which remained throughout subsequent, more serious pieces—that the dancers were genuinely having fun. The show consisted of nine pieces, each with choreographic flair. Massachusetts Institute of Technology guest choreographer Stella Gaitani’s “Security” used contemporary music to present an innovative repertoire. Dancing to Coldplay’s “Fix You,” Gaitani’s cast balanced on chairs and fell to the ground; others leapt into the air in formation at the crescendo. Like many of HRMDC’s works, this piece included traditional dance moves combined with moments of carefully choreographed disorganization.

One of the highlights of the evening was “He Went Off a Bridge,” choreographed by Christian A. Rivera ’13. Set to the song “Otherside” by Macklemore and Ryan Lewis, the piece was an emotionally engaging reflection about drug abuse in the music industry. Rivera is a musical choreographer: the dancers hopped rhythmically to the beat of the music, and their movements accentuated the frustration and melancholy of the song to form a powerfully moving scene. In one  particularly complicated floor sequence, the dancers swayed and crawled to the lyrics, “Swore I was goin’ to be someone, and growing up everyone always does / We sell our dreams and our potential to escape through that buzz.” In another moment, one dancer appeared to rob several others with a grabbing motion before sweeping them to the floor. Along with musical and prop selections that beautifully complemented the choreography, HRMDC varied its dancers’ costumes and its lighting design with style—and thus turned the Harvard Dance Center into an ethereal canvas for creativity.

Another noteworthy piece was “Ascend”, choreographed by Irineo C. Cabreros ’13 and featuring dancers Hallie D. Glickman-Hoch ’12, Monique M. Takla ’14, and Leah R. Weiss ’14. Set to Olivier Messiaen’s “Quartet for the End of Time,” this dance was made up of fluid movements effortlessly synchronized between the three dancers. The work built emotional resonance as it progressed by playing with the tension between balance and freefall, a recurring motif in this production’s repertoire. However, the motif did not detract from HRMDC’s entertaining unpredictability: the piece “When Strength Fails,” an all-male dance that juxtaposed strong action and graceful stillness, ended with a dramatic collapse.

The grande finale of “35” was “Communion,” choreographed by Salena M. Sullivan ’12. At the climax of the piece, dancer Bridget D. Scanlon ’15—with only the briefest look of trepidation on her face—fell backwards from the shoulders of a fellow dancer into the waiting arms of her company colleagues. Like much of the rest of “35”, the scene was inventive, spirited, and successfully executed.