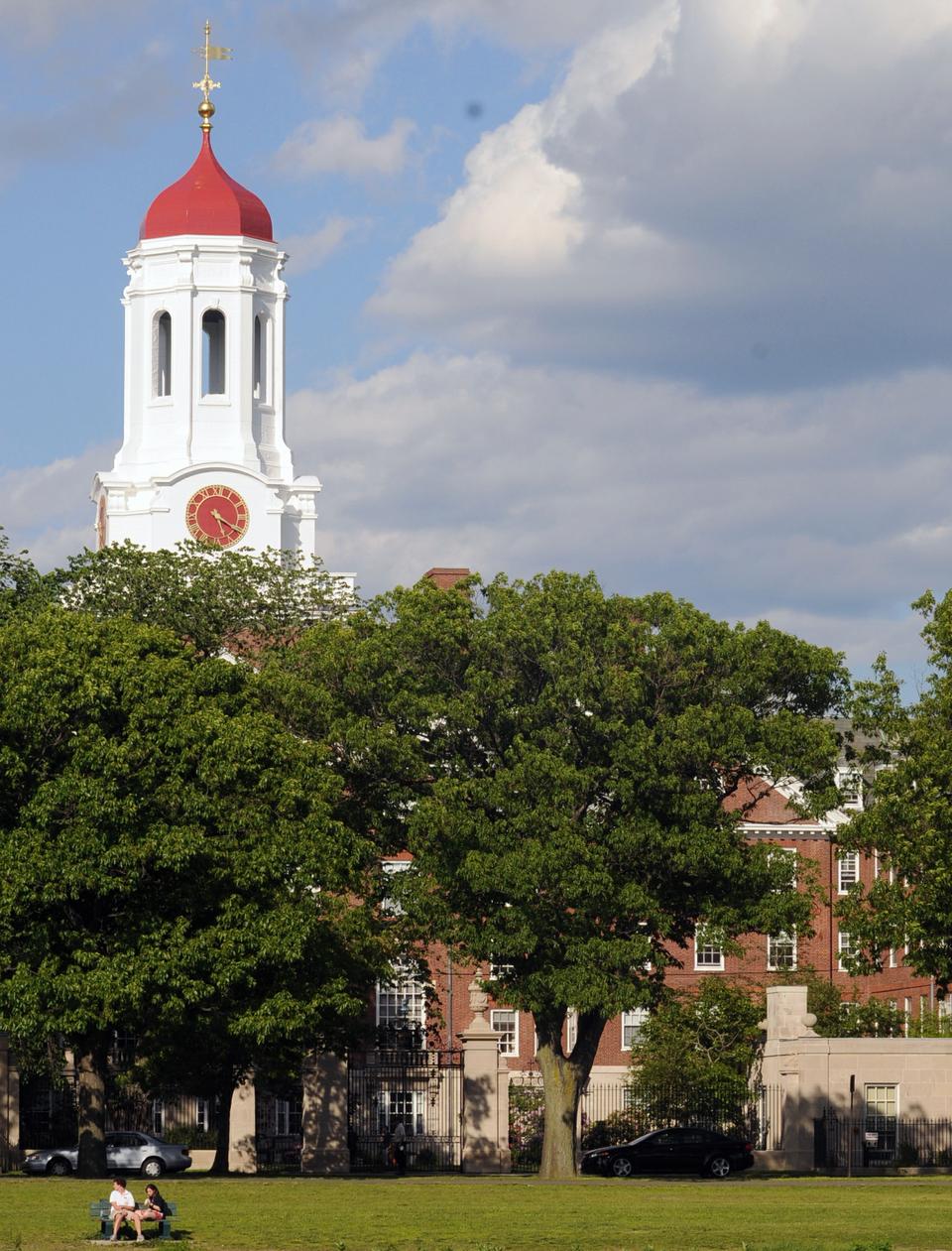 When Matthew P. Cavedon ’11 wanted to attend a scholarship dinner in the Eliot dining hall, he had to plan ahead. Cavedon, who uses a motorized wheelchair, needed a special ramp installed for the ceremony. For one day that year, the Eliot dining hall was accessible to people with disabilities.

Students with physical disabilities face the daily challenge of navigating Harvard’s Houses, most of which were built long before federal and state governments passed laws requiring buildings to be accessible.

According to Faculty of Arts and Sciences spokesman Jeff Neal, 9 out of Harvard’s 12 Houses are not accessible enough for wheelchair-bound students to live in them.

But as Harvard embarks on its long-planned House renewal project, beginning with the renovation of Old Quincy in 2012, administrators say that improving accessibility is a priority in the construction plans.

The College’s 2009 report outlining its vision for House renewal mentions in a footnote the legal requirements that the renovated Houses must meet—five percent of the suites in each House must be accessible—and also addresses the more elusive concept of “visit-ability.” While stating that the College will aim to make every student room accessible enough that a student in a wheelchair could visit it, if not live there, the report acknowledges that this will likely be impossible due to the historical nature of the structures.

To avoid making some difficult renovations, the report states that the College will need to seek exemptions from state laws.

Between the lofty goal of vastly increased visit-ability and the practical concerns which renovating neo-Georgian buildings entail, it is not yet clear exactly what changes will be made to the existing House infrastructure in order to improve the undergraduate experience for students with mobility impairments.

LIFE IN THE YARD

For students with physical disabilities, the housing process begins from the moment they open Harvard’s acceptance letter.

“When you have a disability, you learn to get the ball rolling fairly early on,” Cavedon says.

Students with physical disabilities say that arranging freshman year housing is often the first and most important step in their transition to college. According to Dean of Freshmen Thomas A. Dingman ’67, about 20 students per class request accommodations for housing, with a half dozen needing arrangements for some sort of mobility impairment. Students who are blind, deaf, or otherwise disabled account for the rest of the accommodations.

These students typically talk to the FAS Accessible Education Office and work directly with Harvard Yard Operations in the summer before they arrive on campus.

Weld and Thayer are the only two fully accessible freshman dorms, according to Neal, and Greenough, Matthews, and Canaday are partially accessible.

Lauren E. Faraino ’13 lived in a room on the second floor of Thayer last year with a connecting room for her live-in aide. Faraino, who uses a wheelchair and writes with her feet, requires a specialized desk for taking notes in class and completing exams, in addition to an accessible shower and restroom in her suite.

Cavedon, who spent his freshman year in a single on the first floor of Weld, says that the College was willing to make personalized changes to the already-accessible room, including changing the toilet and sink heights, installing an automatic door, and ordering a custom desk that his raised wheelchair could fit under.

“He was perfectly willing to rip open walls,” Cavedon says of Anthony Pacillo, senior manager of Harvard Yard and freshman dormitories. “He made it possible to live independently.”

After leaving the Yard, students with mobility impairments find themselves constrained by the existing House infrastructure.

Currier, Quincy, and Pforzheimer are the only Houses accessible to students in wheelchairs, according to Neal.

Even these options, students say, are not ideal. Faraino was originally placed in Currier with her blocking group. However, she says, “I realized toward the end of the year there were certain obstacles to living in the Quad that I wouldn’t be able to overcome—obviously distance-related.”

Now, she is affiliated with Quincy House and lives in DeWolfe, though she takes the shuttle to visit her blockmates and linkmates in the Quad almost every day, she said.

Students with disabilities say that Harvard’s many inaccessible dorms make it difficult for them to visit friends and attend social events.

“It’d be great if they could make every single dorm accessible. That way I could visit friends,” Valerie J. Piro ’14 says, noting that in her wheelchair, she cannot access rooms in most Yard dorms, where vertical entryways centered around staircases are the predominant architecture. “I feel guilty asking friends to come here all the time.”

Even everyday socializing can be difficult due to the structure of many Harvard dorms. While Cavedon has lived in a single in New Quincy for the past three years, most Quincy sophomores lived in Old Quincy, a building with vertical entryways.

“I was one of three sophomores in New Quincy. Not being able to visit friends was hard,” Cavedon says of his first year in Quincy. “One of the things I enjoyed in Weld was flitting between rooms.”

For now, Cavedon’s solution to the problem of attending social events in inaccessible Houses is unorthodox: He relies on friends to carry his chair up stairs to parties.

“I haven’t ended up with anything broken yet,” he says. “Is it annoying? Absolutely.”

ACCESSIBILITY AND THE LAW

Both students and administrators say they hope Harvard will create more accessible living spaces as House renewal—the ambitious planned renovation for the undergraduate Houses—moves forward in the coming years. And under the guidelines of the Americans with Disabilities Act and state regulations, improving accessibility must by law be a part of the renovation plans.

State accessibility codes order that buildings be made fully accessible whenever a property owner undertakes renovations of a public building which cost 30 percent or more of the value of the building being updated.

Thomas P. Murphy, chair of the Disability Law Center of Massachusetts, says that if the cost of House renewal tops this cutoff, “they will have to meet the standards of accessibility that would be required as if it were new construction.”

The exact cost of House renewal is not yet known, but Harvard administrators and disability law experts both forecast that Harvard’s renovations will exceed the cap, thus bringing the Houses under the auspices of state codes and the ADA.

According to lawyers, the ADA—which was passed in 1990 after the construction of all 12 Houses—stipulates that a certain percentage of rooms in each House must be accessible, as well as all common spaces, such as dining halls.

The rules have their nuances though. Dingman recalls that in the early 1990s, when Yard dorms were renovated, Harvard decided that it would be nearly impossible to make all of the dormitories—which date back as far as 1720—accessible.

Dingman says the interiors of some dorms, including Thayer, were converted from their previous vertical entryway format into horizontal floors, making them accessible. But to get around the challenge of changing the interior makeup of dorms such as Wigglesworth and Straus, Dingman says that Harvard obtained permission from the city of Cambridge to group the Yard into four quarters and ensure that each zone had accessible rooms, rather than every individual building.

However, Murphy does not believe that treating multiple Houses as one building would be legal today.

“If they’re doing renovation to each of the Houses, then each individual House renovation should meet the standards. Within each one, there should be fully accessible common areas and a disbursement of accessible rooms,” Murphy says.

However, there are other ways to avoid the ADA requirements.

“In some circumstances you can ask for release—for a variance from the requirement,” says Ann M. Sobolewski, an attorney who specializes in real estate law. “Depending on the age of the building and whether or not they have any historic protections—which some of these buildings very well may—you can get some exceptions.”

Murphy agrees, “They have to do it if it’s feasible, and it’s possible, especially with buildings that are very old, that it may not be structurally or architecturally feasible for them to make certain areas accessible.”

However, he says that Harvard would be hard-pressed to make a case that it cannot afford to update its historic buildings.

“The age of a building or the fact that it would be difficult to do isn’t alone a defense for not doing it,” Murphy says. “For a school like Harvard that has the resources that they do, I don’t think the financial argument would carry much weight.”

Irrespective of potential legal exceptions, administrators say that accessibility is a major goal of House renewal.

“Apart from the law, we want to have options as much as possible,” Dingman says.

For current students in wheelchairs, the changes promised by House renewal are welcome, even if House infrastructures may limit the extent of these accommodations.

“I think they’re going to have difficulty making some of the more historic buildings accessible,” Faraino says. “A lot of these places, it’s not as simple as just putting in an elevator.”

The consensus among students is that Harvard should prioritize creating universally accessible common spaces, even if individual rooms may not all be possible to reach.

“I expect most public spaces to be accessible in the near future,” Cavedon says. “I’d be a little stunned if they didn’t, if the law would allow them not to.”