For Fukunaga and Wasikowska, ‘Eyre’ is About Equality

New adaptation looks to distinguish itself from predecessors 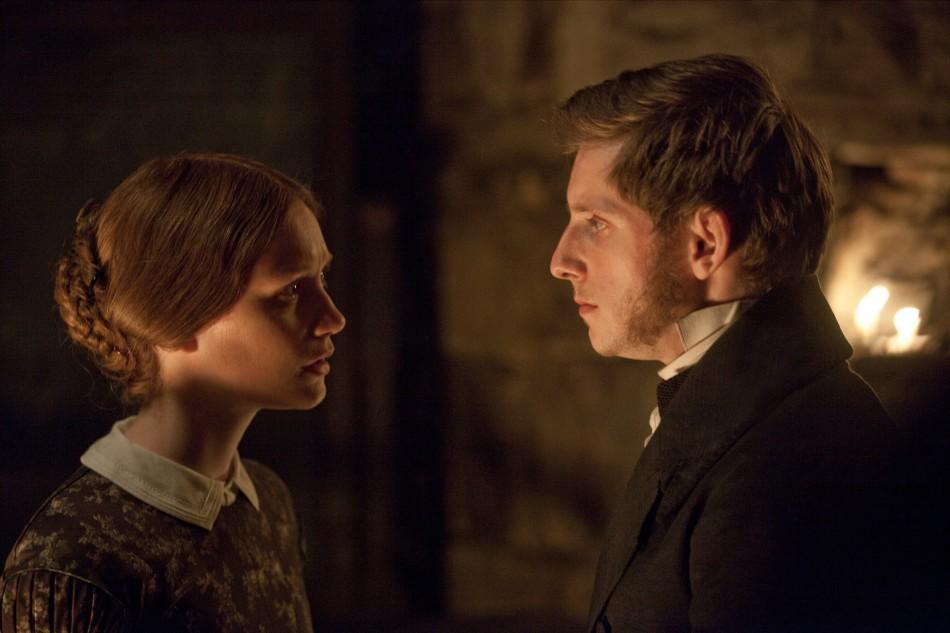 Despite the myriad movie adaptations of Charlotte Brontë’s “Jane Eyre” dating back to 1914, both director Cary Fukunaga and actress Mia Wasikowska of the 2011 cinematic update of the novel claim to have been utterly ignorant of their existence. “I was amazed there were so many versions of film,” said Fukunaga, though he sees no reason to end the trend. “Why do we do anything? Because it’s good storytelling,” he added.

For those unfamiliar with the book, “Jane Eyre” tells the story of a young orphaned girl who lives in the moors of England with her cruel cousins and unloving aunt. She is eventually sent to an even more inhospitable boarding school, where she comes to learn that her vitality and passion for life are frowned upon among her gender. After graduating, she takes a job as governess at Thornfield Manor, the estate of the mysterious and intimidating Mr. Rochester. As Jane looks after his illegitimate foster child Adele, she begins to explore the secrets of Thornfield and its inhabitants, particularly Mr. Rochester.

Most importantly, though, “Jane Eyre” is a powerful love story centered around the principles of trust, vulnerability, and equality—qualities to which Fukunaga stays true.  Fukunaga recalled that when he was growing up, “there were no racial minds or class lines in [Berkley, California].” This relative equality left him unaware of the depths of social inequality and exploitation around the world until further education in high school, college, and his time in the United Kingdom. “In the U.K., they are hyperaware of class,” he said. “I began to pick up on the sort of unspoken class prejudices there.”

In his movie “Jane Eyre,” Fukunaga emphasizes the aristocratic structures that separate Jane and Rochester. Through most of their interactions, Rochester speaks in convoluted and cryptic sentences, employing a wider vocabulary than Jane and often leaving her confused. Fukunaga also populates his film with many shots of Jane observing Rochester from afar, unable to engage fully in his life of privilege.

In her novel, Brontë portrayed Jane as a woman frustrated by her lack of physical and social mobility, and this aspect is taken up by Fukunaga in “Jane Eyre,” whose script includes key lines expressing Jane’s desire for action, her desire to be like men as well as to be around them. In her portrayal of Jane, Wasikowska delivers these lines with the urgency of someone who fears that life’s best experiences will pass her by.

The pale-faced and wide-eyed Wasikowska does an excellent job of embodying the strong yet naïve Jane. The 21-year-old actress from Australia, who resembles a cross between fellow Aussies Nicole Kidman and Cate Blanchett, is best known for her work in Tim Burton’s visually elaborate “Alice in Wonderland” and the Academy Award-nominated “The Kids Are Alright” (dir. Lisa Cholodenko). But this role has a more personal resonance; Wasikowska sought it out before she even knew if there was a film adaptation in the works. “I hadn’t actually read [“Jane Eyre”] until I picked it up in 2009,” she said. “I was halfway through and thought it was incredible, so I got in touch with my agent and asked if there was a script around.” Two months later she received Fukunaga’s script and joined his project.

The role of Wasikowska’s romantic counterpart, Rochester, however, took some searching. After seeing Michael Fassbender’s work in Steve McQueen’s “Hunger,” where he portrayed the Irish republican hunger striker Bobby Sands, Fukunaga was piqued and eventually cast him for “Jane Eyre.” Asked about her co-star, Wasikowska said that Fassbender is ideally suited for Rochester because he “has the qualities of being both potentially dangerous and also really vulnerable and loving. It’s easy to work off of him because you believe him. He’s so natural.”

The film’s strongest supporting performance comes from Hollywood veteran Judi Dench (“Quantum of Solace,” “Pride & Prejudice”), who plays Rochester’s housekeeper Mrs. Fairfax, a woman whose benevolent veneer conceals her sharp, perspicuous judgment. Dench’s Fairfax offers a sturdy anchor for Wasikowska’s Jane not just in the film, but on set as well. “She instantly disarms you,” Wasikowska said of the 76-year-old Dench, “so the intimidation didn’t last long. She’s a young spirit.”

Though the cast is strong in its own right, their characters also come alive due to the environment they inhabit. Filled with shadows and flickering candlelight, the feel of the film preserves Brontë’s gothic tendencies and casts an alluring yet frightening pall over the proceedings. “I just want to keep it as naturalistic as possible,” said Fukunaga. “You know, just keep it raw and simple.”

Fukunaga’s experience as a cinematographer becomes apparent over the course of the movie. The director said he wanted “the film to be centered around the tete-a-tete between Jane and Rochester,” and in this he succeeds. Oftentimes the audience feels as though it is intruding on the intense conversations between Jane and Rochester, as the two lean towards each other and the camera swings perilously between them and their tumultuous emotions.

Living up to Brontë’s iconic novel is a difficult task, something not lost on the makers of “Jane Eyre.” “Literary [adaptations] are more of a risk,” said Fukunaga. “You just have to hope people accept your interpretation.” Ultimately, the hope is that the film’s unique qualities of cast and production will justify it. By placing Wasikowska and Fassbender in a world full of foreboding mystery and poignantly illustrating their attempts to accept their respective vulnerabilities, Fukunaga looks to have his “Jane Eyre” do justice to its classic namesake, and take a respectable place among the long line of film versions of the story.

—Staff writer Lauren B. Paul can be reached at lbpaul@college.harvard.edu.