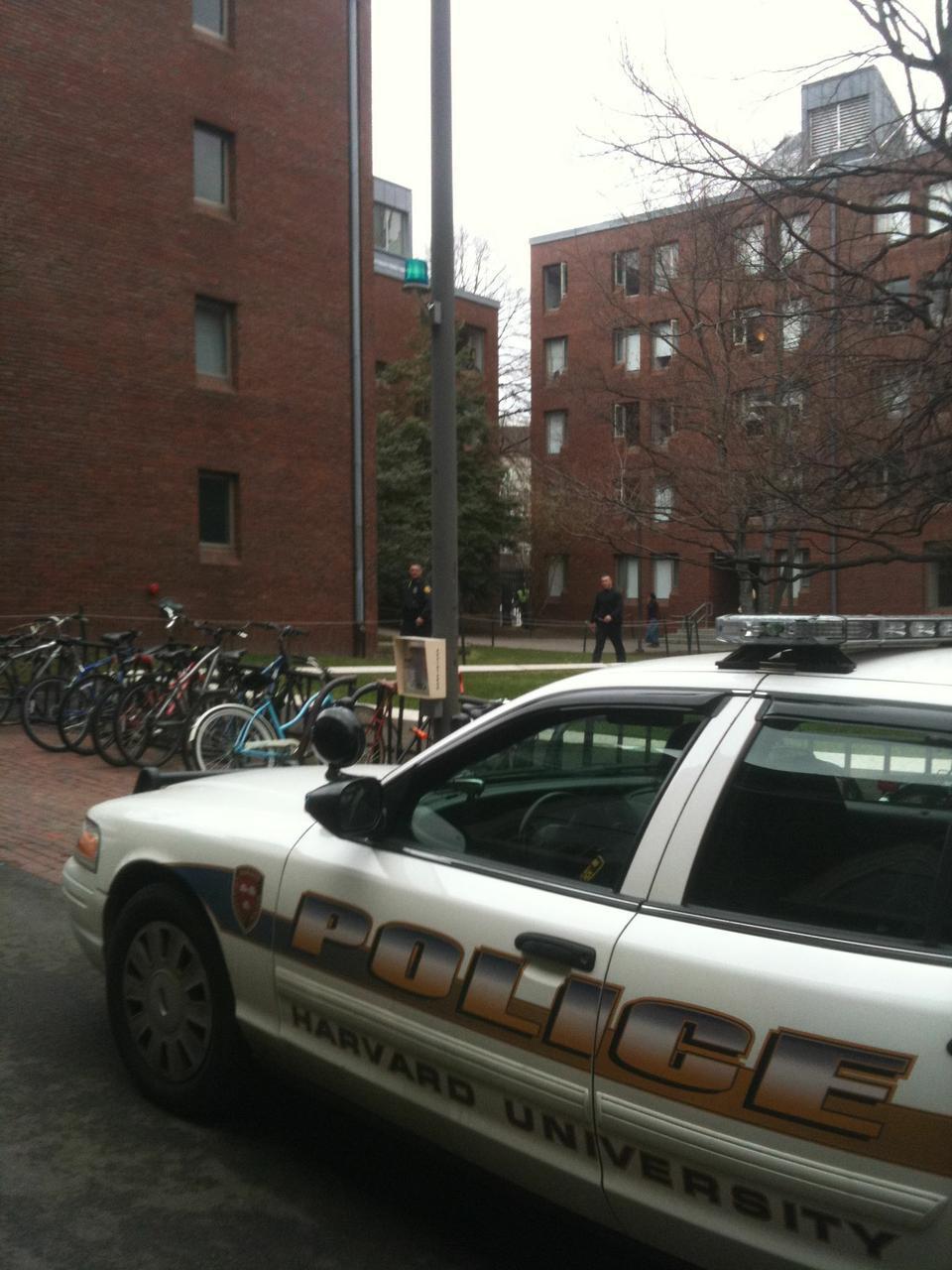 Police converged on Canaday Hall after a foot chase through Harvard Yard which resulted in the apprehension of two men suspected of stealing two cellphones from the T-Mobile store in Harvard Square around noon yesterday.
By Justin C. Worland, Crimson Staff Writer

The suspects—identified by police as Jeremiah Davis, 19, and Matthew Davis, 20—also gained access to the Harvard College Women’s Center in the basement of Canaday prior to their arrest, despite the area’s being restricted to Harvard affiliates with valid HUIDs. Witness reports also suggest that the men tried to enter other doors in the building.

The Harvard University Police Department is attempting to determine how the men were able to enter Canaday, according to HUPD spokesperson Steven G. Catalano.

The men allegedly stole two cell phones from a T-Mobile store in Harvard Square and were charged with larceny over $250 and trespassing. Matthew Davis was also charged with resisting arrest and assault and battery on a police officer. He allegedly assaulted the arresting officer while being placed under arrest and attempting to flee, according to the police report.

After T-Mobile employees reported the crime at approximately 11:41 a.m., police identified men who matched the description of the subjects in the Harvard Square T Station. The two men ran upon sight of the police, according to Cambridge Police Department spokesperson Daniel M. Riviello.

As tourists and students traversed the Yard, a Cambridge police officer followed the men on foot from the T stop through Johnston Gate to the northeast corner of the Yard. The officers appeared to temporarily lose track of the suspects between Thayer Hall and Memorial Church.

Serena L. Bai ’13, who was sitting in the Canaday common room, heard the suspects make a slamming sound as they presumably tried to enter the building. After not gaining access, they ran to the opposite end of the dorm’s courtyard with police officers in pursuit.

A few minutes later the Cambridge police emerged with the suspects in custody, Bai said.

While spokespeople from the Harvard University and Cambridge Police Departments did not provide a precise number of the officers who responded, several police cars and at least a dozen officers from the two departments converged on the scene.

Cambridge police recovered the two stolen phones—both of which still had security devices attached—after the arrest, according to Riviello.