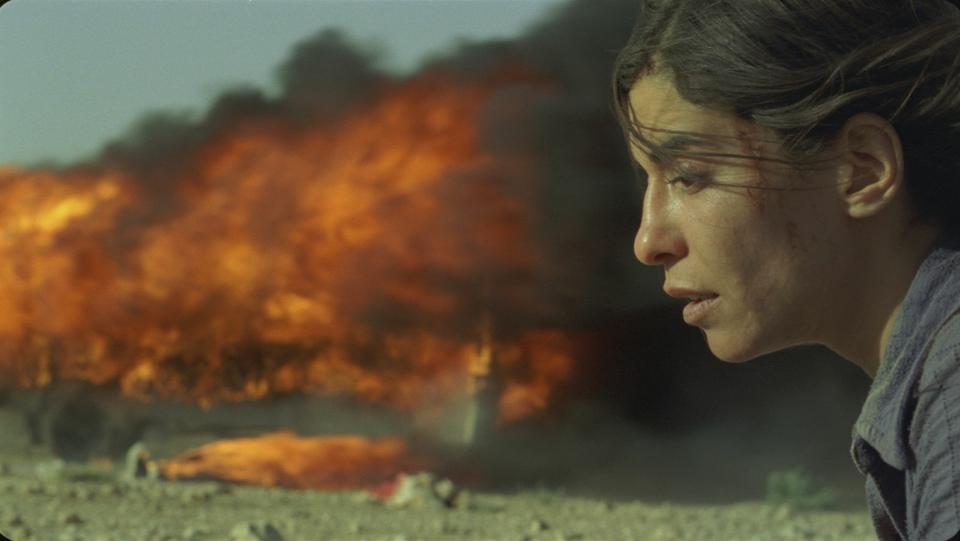 In her will, a departed mother leaves a message to her grown children regarding a brother they didn’t know they had and a father they thought was dead. So begins the new film from Quebec-born writer and director Denis Villeneuve, “Incendies.” The children are twins Jeanne (Mélissa Désormeaux-Poulin) and Simon (Maxim Gaudette), and they embark on a journey to discover the truth about their family and about their mother’s life. Set against the backdrop of war in the Middle East, “Incendies” is a glorious and powerfully gripping piece, and was recognized as such when it was nominated at the Academy Awards for Best Foreign Language Film.

For such an accomplished director, Villeneuve is remarkably self-effacing to the point of bashfulness. “I have to tell you the truth,” he said, “this morning I looked at the schedule and said, ‘oh my God, I’m going to be with someone from Harvard ... that is quite impressive. For me, it has this kind of mythological [appeal].”

From there, conversation flowed freely with this personable man, who had much to say about his movie and about film in general, even as he occasionally struggled with English, his second language after French. The director began with praise for Wajdi Mouawad, the playwright who penned the stage version of “Incendies.”

“I did fall in love with the play,” Villeneuve said. When he decided to construct a screenplay out of it, Mouawad gave him full creative license with the material. “The play was full of very powerful ideas and images but all the images were very theatrical,” Villeneuve continued. “So I did have the freedom to remove even very important characters or scenes ... in order to just get the cinematographic elements.”

In choosing an issue on which to focus, Villeneuve stuck to the old adage: write what you know. “To make a film about the Middle East and war ... I’m a Canadian, I know nothing of that. I did my homework, of course ... but let’s say that my main angle was family,” he said. “For me that was the way I was able to get inside this story. I know war inside a family. I can deal with that. I can talk about it, I will concentrate on the intimacy of the character, and the rest—I will do my best to try for authenticity.”

Thus, despite appearances, “Incendies” is “not a movie about war, it’s about a cycle of anger inside a family.” Villeneuve said. “I do understand that, and I can write about it.”

Villeneuve’s family background wasn’t the only history he drew upon for the movie. To make “Incendies,” Villeneuve returned to his roots as a documentary filmmaker, which among other things inspired him to shoot outside the confines of the studio. “When I started in the studio, it was so comfortable, so controlled,” he said. These convenient confines would not be sufficient to capture the gritty reality he sought. For this reason, Villeneuve and his crew travelled to Jordan to shoot the majority of the film.

Filming on location, for Villeneuve, was invaluable. “We were very welcomed there,” he said. “The country was very generous with us—the people, the landscape ... there was so much possibility over there. There was so much gift from life falling in front of the camera.”

But being in such a beautiful setting was also a challenge: “The danger is to fall into exoticism ... and to be too excited about everything that is new,” Villeneuve said. “I hope we were able to avoid clichés, and too much beauty ... to just concentrate on the dramatic events and not fall into tourism.”

His other strategy for avoiding cinematic excess was humility. “I did try, for this film, ... as a director, to be humble. In my previous films, sometimes I was trying to make a shot that would impress other people,” he said, “but this time I was just trying to tell the story the best that I can as a director. The story was so complicated that I just concentrated on storytelling.”

Of course, it was the film that Villeneuve approached with artistic humility which earned him an Oscar nod.

“I was at Sundance film festival with a bunch of friends, among them my producers,” he recalled. “And when they announced it, I thought we would be very civilized if we were [one] of the five nominees ... that’s not the case. We began to shout everywhere, crying, like a bunch of Halle Berrys.”

The nomination fulfilled a youthful dream. “For me, the Academy Awards are something that belongs to childhood,” he said. “When I was young and wanted to be a director, I was looking at [Francis Ford] Coppola with his Oscar, and it impressed me a lot. And so when it happened ... I was like a six-year-old kid. I was so happy.”

Though Villeneuve holds no illusions about his profession—especially in a market where deeper character dramas seem to be overwhelmed by formulaic blockbusters—he maintains characteristic optimism about its prospects. “Of course there is a lot of Hollywood crap,” he acknowledged. “But there is  [also] a lot of soul.” Perhaps with a few more films like “Incendies,” this talented director will do much to tilt the scales in favor of the latter.