‘The Music Never Stopped’ is Clichéd Yet Captivating 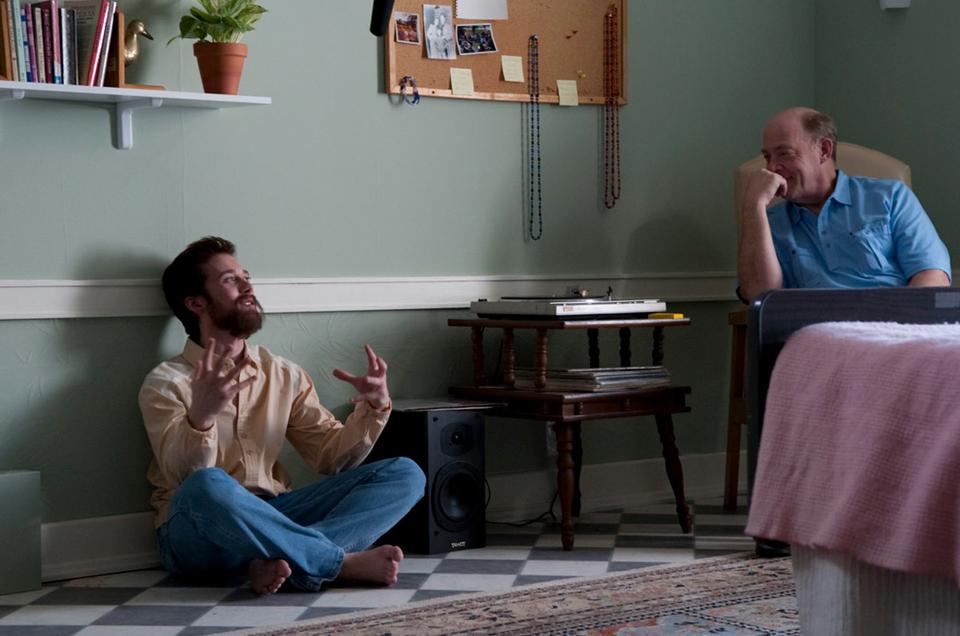 What do The Grateful Dead and brain tumors have in common? With the release of "The Music Never Stopped," audiences can witness an astonishing real-life connection in the story of Gabriel Sawyer (Lou Taylor Pucci), an aging hippie who must deal with the grim realities of amnesia while coming to terms with his estranged father. For Gabe, it is only through listening to the music of his youth—from the Beatles to The Grateful Dead—that he can regain coherence, leave behind his currently comatose self, and possibly be reconciled with the father he barely knows. Based on an essay by famed neurologist Oliver Sacks about one of his patients, "The Music Never Stopped" is both a retelling of a medical miracle and a less inspiring display of sentimental schlock. Together, these two elements combine to form a somewhat disjointed portrayal of a generation and a family—one that succeeds as a macrocosm of ’60s culture but is ultimately too trite to serve as a chronicle of Henry Sawyer’s (J.K. Simmons) reconnection with his long-lost son.

We are first introduced to Gabe in 1987 as a heavily-bearded and socially inept man whose speech consists solely of nonsensical platitudes. As a result of his illness, Gabe has lost his ability to form new memories, and, most importantly, his ability to communicate effectively with those around him. When Gabe’s mother (Cara Seymour) asks him if he would like a sip of coke, he responds by saying, "it’s the real thing"—a line taken directly from a popular ’80s commercial.

Pucci’s performance is so effective that it’s difficult to imagine Gabe as anything other than a shell of his former self. Luckily for audiences, they need not do so, because the film is constantly jumping between eras, one moment showing its protagonist in a recovery facility, the next as a youth in the back of a VW bus, complete with Jim Morrison-esque locks. It is through these flashbacks that the movie’s broader storyline manifests itself. Because Gabe is essentially frozen in this earlier period of time, his conservative father Henry—whom Gabe fled to seek the real rock ‘n’ roll life in the West Village—must learn to connect with him through the music that his son loved as a teenager. Audiences are thus treated to the amusing sight of a staunch Buddy Holly fan becoming a Dead Head.

"The Music Never Stopped" abounds with other humorous asides which break up the monotony that inevitably attends its chronicle of a life’s downward spiral. In one such moment, Gabe attempts to explain the meaning of The Grateful Dead’s "Truckin’" to his father, launching into an extended, idealistic vision of ‘freedom’ allegedly encapsulated in the song. Confronted with skepticism, he adds: "That’s what that means when you’re stoned." All in all, screenwriters Gwyn Lurie and Gary Marks have done a superb job transforming Sacks’ essay into a living, breathing human drama.

Early on in the film, Dianne Daley (Julia Ormond), the therapist who treats Gabe, tells his family that "humans are incredibly complex beings … let’s be patient." Audiences should keep this in mind, as "The Music Never Stopped" starts off very slowly and only comes into its own with the infusion of music—just as Gabe only begins to regain his vigor with tonal reminders from his past. One of the film’s best traits is its frequent use of ’60s music; Jerry Garcia, Bob Dylan, and Buffalo Springfield are key characters in Gabe’s story and add some needed spice to an otherwise predictable and sentimental plot.

That said, "The Music Never Stopped" still suffers from the glacial pace and clichéd nature of its meandering storyline. The film constantly sidesteps in slow motion, moving back and forth through time while its plot barely crawls along. And remarkable as Gabe’s story is, the film’s account of a man’s progress toward regaining his health and the respect of his father feels too much like a mash-up of two of mainstream cinema’s most overused tropes: the uplifting tale of conquering illness and the struggle to overcome generational differences.

At its best, "The Music Never Stopped" spans decades and musical eras, calling into question how music touches us and changes the course of a life. Although the storyline itself doesn’t quite make for compelling cinema, it does make for a meaningful journey through the mind that demonstrates the power of music to conjure up images of times long past.