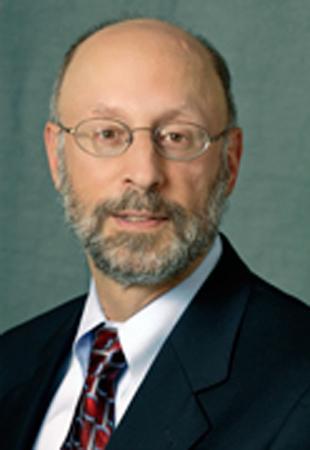 Federal health regulators accused a group of researchers, including Harvard Medical School Professor Douglas P. Kiel, of failing to disclose information to research participants about risks his team discovered during a study on hip fractures among the elderly.

Starting in 2002, Kiel, a gerontologist, and his research team tested whether padded underwear could protect seniors’ hips from shattering during falls. Although the underwear is usually padded on both sides, the underwear used for this study was padded only on one side. That way, participants were, in effect, wearing both padded and unpadded underwear, meaning differences in fracture incidence could be attributed to the differences in padding, the researchers said in the study.

The study, which was called Hip Impact Protection Project (HIP PRO), concluded that hip protectors were not effective in preventing hip fractures, but as they were conducting the study, researchers discovered that seniors wearing the padded underwear were much more likely to fall and fracture their hips on the padded side than the unpadded side, according to the regulators.

Study participants, however, were not informed of the increased risk of falling when signing up to participate in the study, according to a letter sent by Department of Health and Human Services compliance officers to research administrators at institutions affiliated with the study.

Department of Health and Human Services regulations stipulate that participants must be informed of all “reasonably foreseeable risks or discomforts” when agreeing to take part in a study that receives federal funding.

In an article on Saturday, the Boston Globe reported that the Journal of the American Medical Association, which published the research in 2007, and the Harvard-affiliated Institute for Aging Research at Hebrew SeniorLife will be conducting reviews of the study and the regulators’ findings.

The HHS letter, based largely on email correspondence from within the research team, said that the researchers recognized the increased risk of falling on the padded side as early as 2004. Yet, according to HHS, they failed to inform the patients and government agencies overseeing their work, even as they discussed the ethical implications of the increased falls among each other.

One of the study investigators, Bruce A. Barton, wrote in an August 2004 email to the researchers that they “need to have a very, very, very serious talk” about the study due to research participants falling on the padded side.

“Based on these results, we should question whether it is ethical to continue with this study design,” he wrote in that email, which was quoted in the HHS letter.

And in another email to researchers the next day, Barton said that studies where researchers discovered risks during the project have been halted by Data and Safety Monitoring boards, which review studies on an ongoing basis.

“The issue with the maldistribution of falls is something we need to consider in more detail. I have been on DSMB’s [sic] that have stopped studies in this situation—an unexpected result which may impact the safety of the participants. While we may not understand the result, that does not mean that it is not real,” Barton wrote. “I think that we have to pay attention to this result as a possible SAE (even if we did not define it that way). Any adverse event that causes a hospitalization is, by definition, an SAE.”

SAE is an acronym for “serious adverse event.”

In late 2004, researchers introduced a new hip pad to better protect the subjects’ hips. Participants were informed of the use of the new hip pad but not the increased risk of falling.

“The result was that, even given the major redesign of the study, and the proposal to do an ancillary study to further explore this issue, the subjects in the HIP PRO study and their representatives failed to receive any information relating to a risk about which the investigators were aware,” representatives from the Division of Compliance Oversight at HHS said in their letter. “Had this risk been disclosed to the subjects and their representatives, it is reasonable to conclude that such information might have significantly affected their willingness to continue to participate.

Kiel did not respond to a request for comment. In an interview with the Globe, Stanley J. Birge, one of Kiel’s co-authors, said that they did not think the pads were responsible for the falls because they “weigh less than the average man’s wallet.”

In its letter, HHS said it is requiring researchers to contact participants to inform them of the increased risks of falls and fractures and to tell them that they should have informed them of the risks during the study.

HipSaver, a company based in Canton, Mass., that produces padded hip protectors, said in a press release that it requested the HHS investigation “after disturbing documents surfaced in a civil lawsuit relating to the study.”

In 2008, HipSaver sued Kiel, alleging that his paper inappropriately generalized that all hip protectors are ineffective when researchers only tested one type of hip protector. HipSaver’s press release said that the case will be tried later this year in Norfolk Superior Court in Dedham, Mass.