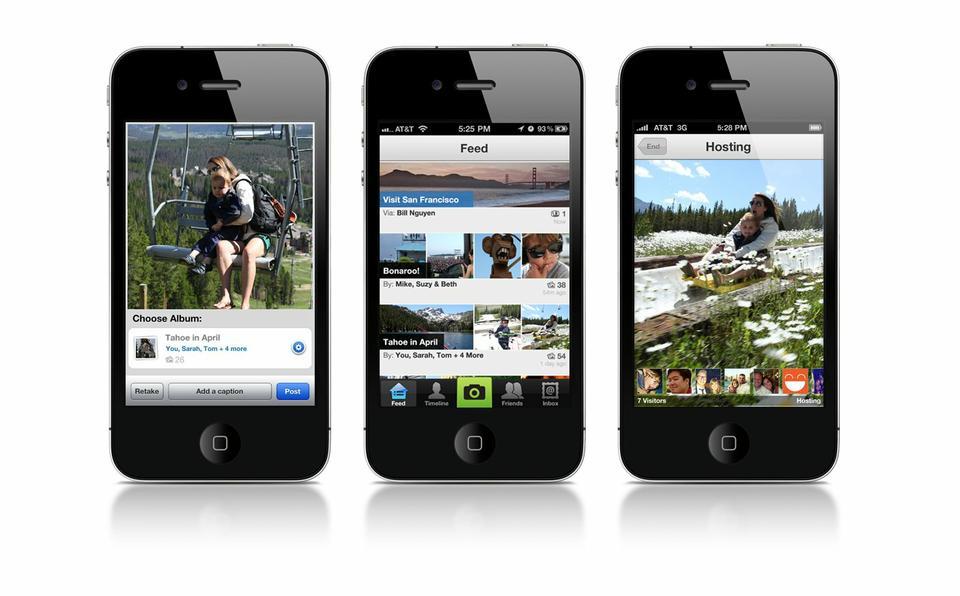 Nguyen described Harvard students as “on an island. Much activity comes from Harvard, and we hope we learn a lot from you guys.”

Users with the app—which will be released to Harvard students for free starting today—will be able to share their surroundings with Facebook friends in new ways. Any user can post a photo of their current location on Facebook, and friends will have the option to request a “visit,” which, if accepted, will direct them to a live streaming video from the host’s iPhone or Android phone camera.

“[I see] all of these pictures being posted in our feed, but I really want to engage with my friends, I want to experience it with them,” Nguyen said. “With ‘visits,’ all your friends are with you all the time.”

Color Labs originally considered releasing a test-version of the app to final club members only, according to Ashley M. Kang ’12, who was contacted by the company to see if her final club would be interested. But privacy issues prompted the company to instead open the product to the entire student body at the College.

“This could revolutionize how photos are used and how we approach social media,” Kang said. “[Color for Facebook] has the potential to do something much bigger than it did with its initial launch.”

In March, the company released a different photo-sharing app, branded Color. Despite a groundswell of buzz in the tech community leading up to the release, the product failed to maintain a sufficiently large user base, in part because the app attempted to create social network independent of existing platforms. As a result, Nguyen said the company shifted its focus to receiving continuous feedback from a small pool of users during the initial stages of the new app.

“Unless it works for [Harvard], we’re not going to let anyone ever get it,” Nguyen said. “We’re literally going to figure out everything at Harvard.”

The launch was one of several announcements made at Facebook’s F8 Developers Conference. Facebook bolstered its platform by moving beyond its signature “like” button, previewing the addition of new features called “verbs”—one of which will be “visit.”

Harvard students will receive an email with a link to download the app through various Harvard listservs starting on Friday. Students can also access the app by dialing **color, Nguyen said.

Peter A. Boyce II ’12-’13, who acted as a consultant for the company on the technology culture at Harvard, said he thinks the school is a good testing ground for the app due to its relatively small and concentrated student population.

“The one potential downside is that Harvard isn’t as smartphone-heavy ... there are a lot of Blackberry users,” Boyce said. “That said, if you look at the way other apps have spread around campus, things can go pretty viral in Harvard’s network, especially when something has a tight link to Facebook.”

Earlier this year, major venture capital firms Sequoia, Bain Capital, and Silicon Valley Bank invested around $41 million in Color Labs—a cash infusion that has given the company the financial security to develop the new Color for Facebook app.

But the lingering impressions from the bust of Color’s first launch have left some with reservations. Jason Kincaid, a writer for Techcruch—an online publication specializing in tech start-ups—said he previewed the app earlier this week and noted that the new product will need to prove its worth to users.

“The key question for me at this point—does Color provide the hook to get people interested in the first place?” Kincaid said. “Do we need a better way to see Facebook photos?”

Those questions may be answered as Harvard students test the new app in coming weeks. In the meantime, Nguyen and his co-workers will be constantly monitoring their new creation, keeping all eyes on Harvard’s social networks.

“Every once in a while we get an opportunity to change social norms,” Nguyen said. “If it works at Harvard, it will work everywhere.”