Newcomers Wormald and Hough Look to Break Out in ‘Footloose’ Remake 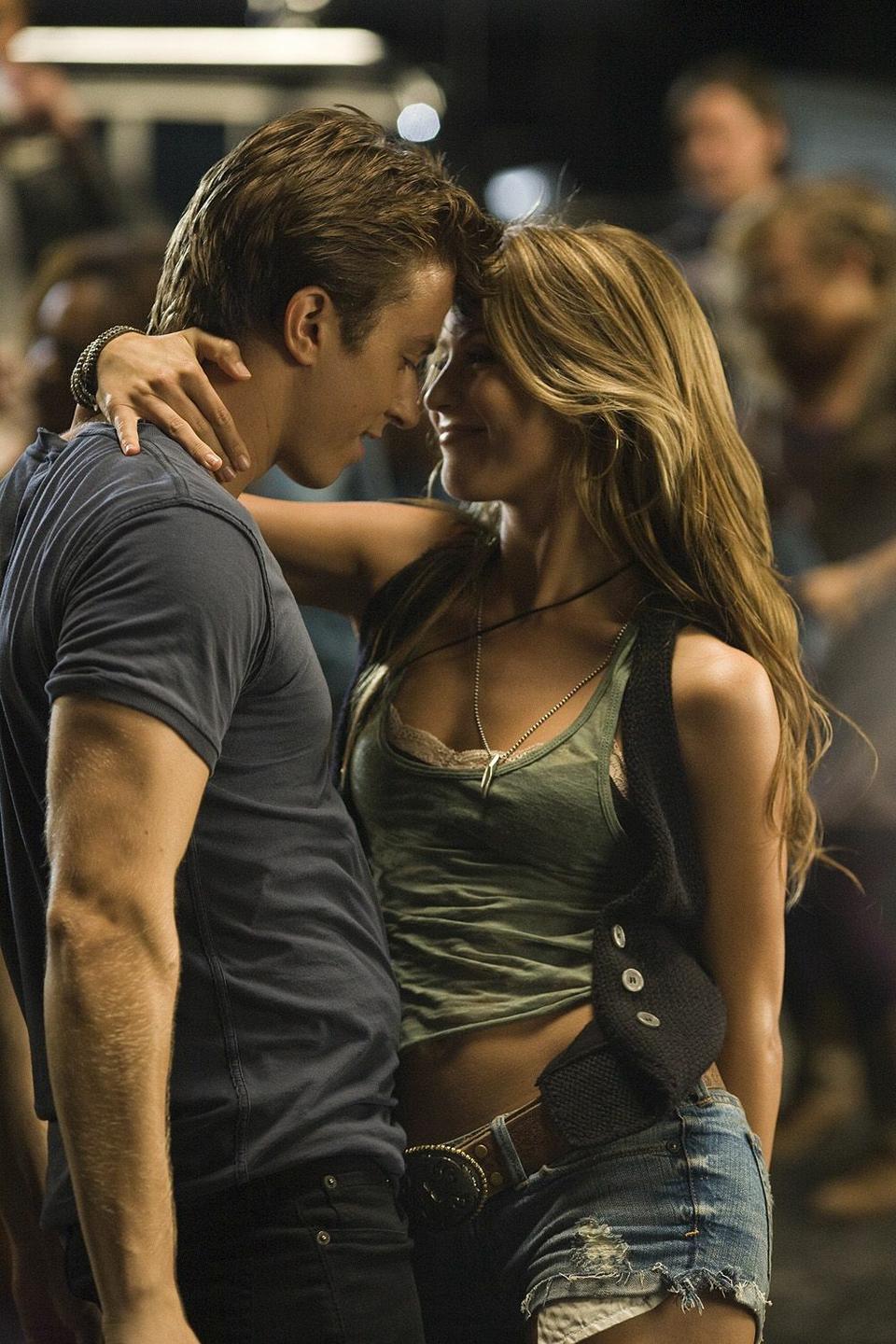 “There must be a lot of pressure remaking such an iconic 80s movie, huh?” This is essentially how almost every interview begins for Kenny Wormald and Julianne Hough, stars of the upcoming reboot of the Kevin Bacon classic “Footloose.” But they understand that it comes with the territory, and keep a smile on their faces throughout their media tour. “It’s quite a treadmill, but it’s exciting,” says Wormald, a native of Brockton, Mass. “We love the film, so it’s easy to talk about.”

For those living under a pop-culture rock, “Footloose” is the upbeat story of a city boy named Ren (Wormald) who moves with his family to a small, God-fearing Southern town where, thanks to a horrific accident a few years back, rock ‘n roll and dancing have been banned. A classic tale of teen rebellion ensues as Ren cozies up to the local minister’s (Dennis Quaid) beautiful and spirited daughter Ariel (Hough). The two join forces and soon incense the town’s adults with their illicit street dancing.

Given that when anyone hears “Footloose,” they usually think of Kevin Bacon, some actors might balk at attempting to fill the actor’s big shoes. But not so Wormald. “I approached it like it was a new story,” he explains. “[Julianne and I] both know the story so well, growing up seeing it probably 100 times. But I didn’t study it. I didn’t watch it at all ... I didn’t want to be intimidated, you know? It felt like our movie.”

While the original movie is known for its lead actor and punchy music, perhaps its most iconic scene is what has come to be known as the “Angry Dance,” in which Ren lets all his pent-up energy and frustration loose in an intense romp around a barn. “Yeah, that was my favorite scene by far,” says Wormald. “It was the last three days of shooting. I think they did that just in case I broke my leg or fell off the tractor. It’s just such an iconic scene.”

Two relative unknowns on the cinematic circuit, Hough and Wormald were cast more for their dancing prowess than their previous body of work. Though both actors have appeared in films before, dancing has always come first. “It’s pretty much the only thing I’ve ever known,” says Wormald, a ballet dancer. He recalls “Footloose” being a childhood inspiration to him as he grew up in Brockton. “It’s kind of a tough city, you know, and ballet isn’t usually in that category [of manly vocations],” he says. “But, you know, the first time I saw ‘Footloose,’ [at the time] I was 10 and dancing, and at school kids are calling me sissy ... I saw Kevin [Bacon] dancing, and it was masculine and powerful and it was on film; it was something I’d never seen before.”

Hough similarly found her sense of self in the world of dance. “It was the only constant I had in my life. I was moving around constantly, competing, and it was the only thing that didn’t change. It helped my drive and my discipline, my work ethic.”

“And, you know, the guy to girl ratio? Not bad,” quips Wormald. “You all can go shower with guys, I’m going to go dance with like 40 girls.”

The two find their dancing experience to be nothing but beneficial to their acting endeavors. “I don’t think I’m switching, I’ve kind of been [acting] my whole life,” says Wormald. “You’re expressing with your body and mouth and face, so this is just another form of expression.”

Hough agrees. “There’s just so much acting done through not talking. [Kenny and I] are so comfortable with our bodies, so we get that.”

But that doesn’t mean that acting came easily. “Acting is certainly the more challenging for me,” says Hough. “There’s nothing like having the pressure of a $25 million–dollar film to make you feel comfortable,” jokes Wormald. In a more serious vein, he explains how very different it is to prepare for a movie as opposed to the stage. “For the movie, the angle is from far away and all of a sudden they’re zooming in close ... you just have to be aware of surroundings and environment to a T. On the stage, you have a little more freedom.”

Both actors had nothing but praise for their guide and mentor through the process, director Craig Brewer (“Hustle & Flow”). When asked what he brought to their performances, Wormald simply replied, “Everything.” He added, “he was so in love with ‘Footloose,’ and knowing his past work and what he loves ... we just felt so protected. He’s an actor’s director.”

With their passion and skills to guide them, the duo thinks that they have taken a classic movie and made it important and relevant for a new generation. As Hough explains, “There’s really no teen movie out now that has such a message. It’s very controversial, you know ... There are great movies, with CGI and fun stuff to watch, but this means something.”

—Staff writer Lauren B. Paul can be reached at lbpaul@college.harvard.edu.