Stephen Malkmus Continues to Slack Off 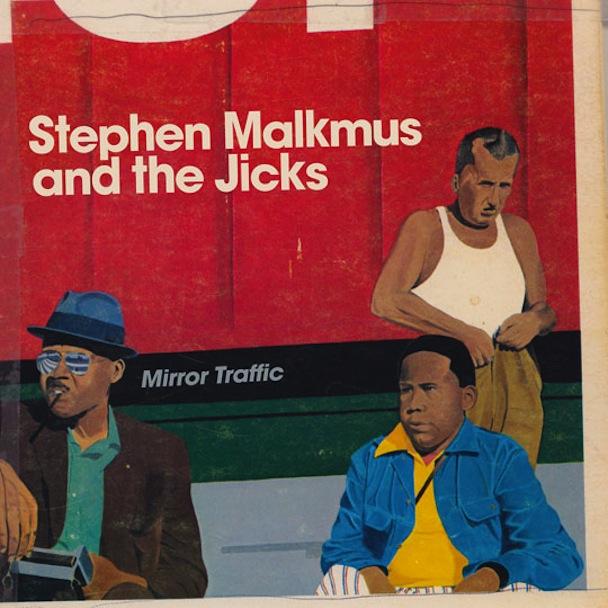 “Someone’s giving French-kiss lessons / How else will we learn to love?” is one of the earliest lyrics on “Spazz,” a song from Stephen Malkmus & the Jicks’ new release “Mirror Traffic.” The lyric is characteristic of the album’s pervasive disaffected irony and its eye to absurdity. Stephen Malkmus is often associated with a ‘slacker’ aesthetic, and this album does its part to forward that image with both an understated emotional tone in its vocals and irony in its lyrics. Yet the album itself is inconsistent, and its overbearing, often self-deprecating irony is excessive. The sort of nascent urgency Malkmus’s vocals manage to conjure, while interesting, is also incongruous with the instrumentals, which too often subvert rather than support the lyrics.

The band has a sizeable following, especially among old Pavement fans, and this album certainly has qualities to recommend it. The songs are characterized by Malkmus’s drawling guitar. The dreamy and drawn-out intro to “Long Hard Book,” and the thoughtfully unadorned beginning to “Asking Price,” are especially exemplary of his skill. The few guitar solos on the album conjure a striking urgency. Despite these musical successes, the core of the songs is frequently obscured by seemingly hasty overdubs. This is particularly noticeable in some of Malkmus’ more energetic songs, such as “Forever 28,” and “All Over Gently.” On these tracks, the guitar riffs are overly distorted, and the vocals sound thin and tinny.

Overall, the pieces that do swim into focus are gripping—lines like “you want it / You got it / The lockjaw with animus on it,” and, of more dubious interest, “There’s a long hard book that needs reading,” with a long, legato ‘reading’. He’s known for his clever and vaguely satirical lyrics along the lines of “I know what the senator wants / What the senator wants is a blow job” from “Senator.” It takes several listens to suss out his meaning completely, because his voice tends to be rather amelodic and affectless. The uniformity of his emotional tone—or lack thereof—renders many of the songs indistinguishable, despite the often fascinating lyrical content. Though he seems to hint at the album’s inscrutability on “Brain Gallop”—“Sometimes these words are such bitter ends / Come back to bite you in the rearest of ends”—The energy of his band lends an edge to some of the irony—while songs like “Long Hard Book” are laid back, “Tigers” and “Asking Price” have a bit of indignation in their irony; Malkmus seems almost sarcastic as he says “Too busy putzin’ round the internet / To revel in the disconnect.”

This biting irony, however, doesn’t quite pan out into a coherent conceptual intent. Occasionally, it seems that Malkmus has partly transcended his slacker aesthetic by using it as a way to mock hipsters—“I can’t even do one sit-up! / Sit-ups are so bourgeoise.” However, using a sort of bored irony to make fun of bored irony is a questionable accomplishment, since the approach does not seem to require much of an aesthetic shift. The emotional effect of irony satirizing itself is somewhat nihilistic, or at least defeatist and anhedonic. The more promising parts of the album are built off the tension he and his capable band occasionally strike. Malkmus seems to have something to say that’s a bit more urgent than usual, yet despite his infrequent and successful tonal shifts, he seems unable to break completely from the habits of his past work.

­—Staff writer Aisha K. Down can be reached at aishadown@college.harvard.edu.