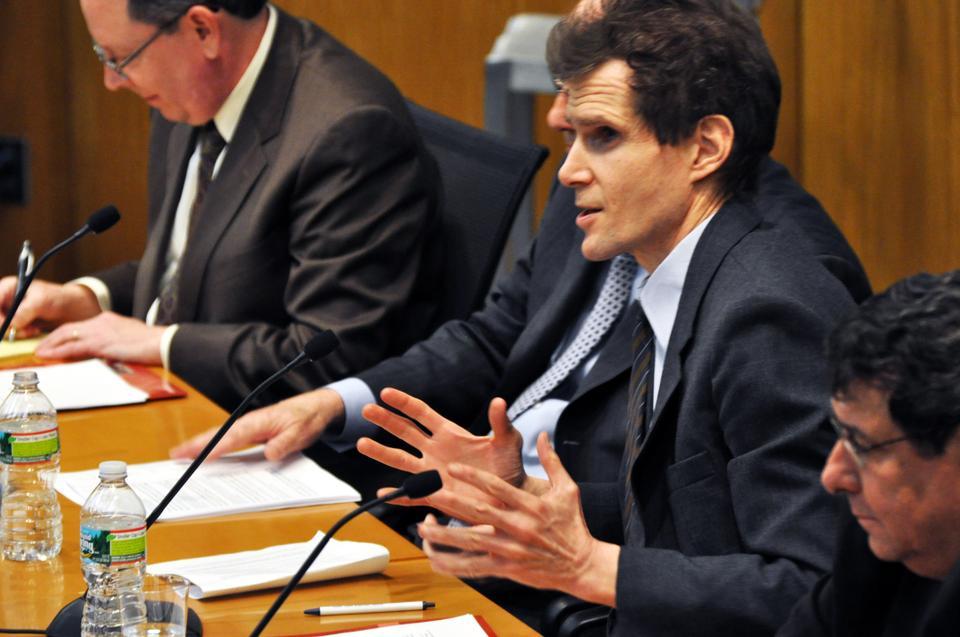 In light of the recent death of North Korean leader Kim Jong-il and the shift of power to his son Kim Jong-un, a panel of Harvard professors said that fears of internal collapse in North Korea have not been realized. The experts said that although North Korean policy has scarcely changed since the long-time leader’s death, Korean citizens nevertheless see the transition as a moment to hope for reunification of the Koreas.

The speakers emphasized stability as the primary objective for the sake of international security.

“There is a common interest to prevent conflict in the Korean Peninsula,” said Kennedy School professor Anthony Saich. “The last thing that we want is destabilization in North Korea brought about by a failed succession.”

“Just because one person changes, it doesn’t mean that the whole system breaks down,” said Ja-Yoon Choe ’12, who lived in South Korea for 13 years.

Tensions between North and South Korea, which escalated when North Korea allegedly sunk a South Korean naval ship in March 2010, have not eased. North Korea has also shown no signs of ending its nuclear program, despite past demands from foreign governments that the research cease.

“Russian officials have no expectation or hope at all that North Korea will give up its nuclear weapons program,” said Mark Kramer, the program director of the Harvard Project on Cold War Studies.

Despite such efforts by Kim Jong-un to maintain his father’s legacy, many still wish that in the absence of Kim Jong-il, the two Koreas will finally reunite, panelists said.

Chang Hoon Lee, a third-year college student visiting from Kyungpook National University in Daegu, South Korea, said that he feels his country cannot move forward economically unless it resolves its conflict with its northern neighbor.

“Twenty or thirty years ago, a lot of South Korean people had families living in the North, so they wanted to be connected and be reunited,” Kim said.  “But now, that generation is getting old.”

Moreover, no steps are being taken toward reunification. “So far, everything seems to be holding, and history suggests that it will continue,” Korean history professor Carter J. Eckert said.