Mystical History Comes to Life in “No One is Here” 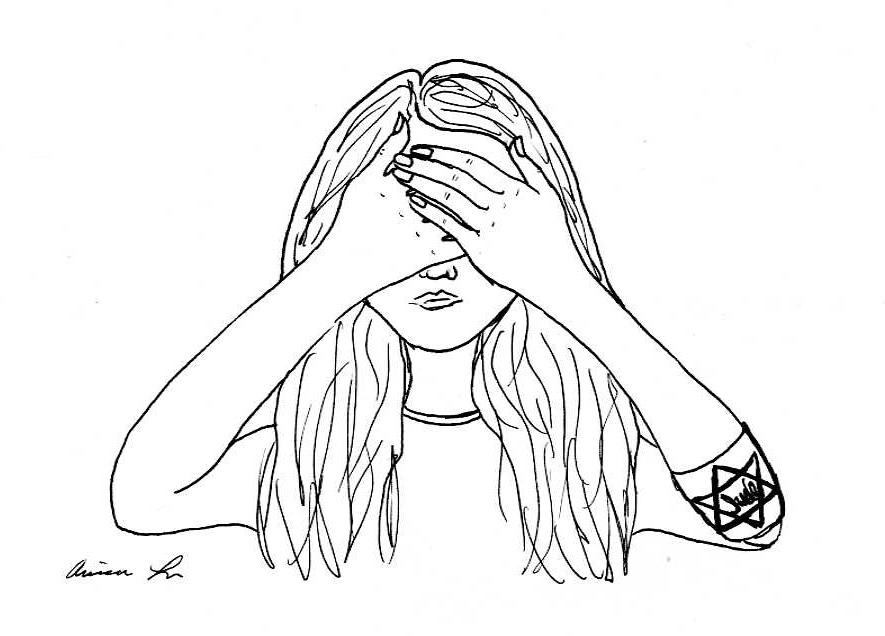 "No One is Here Except All of Us" is available in bookstores now.
By Alexander J.B. Wells, Crimson Staff Writer

When Mark Lawson from The Guardian reviewed Jonathan Safran Foer’s novel “Everything is Illuminated,” he wondered about an anti-sentimental streak in American writing. Noting Foer’s “scenic-facetious route towards the Holocaust” in that novel, Lawson suggested that American artists born since the late 1960s suffer from a “terror of sentimentality,” perhaps because they had all watched Bambi at an impressionable age.

Yet it is hard to write about World War II, and it is easy to aggravate people when trying to do so. From NBC’s “Holocaust” miniseries to Steven Spielberg’s “Schindler’s List” to Foer’s novel, Americans have repeatedly been criticized for their attempts to hew a narrative from distant suffering. It seems as if every use of imagination, sentiment, or catharsis is controversial in its own way, shaky under the unbearable and divisive weight of history.

In her debut novel, “No One Is Here Except All of Us,” Ramona Ausubel is all too aware of those burdens. Hers is a story about memory, about love, about the ruins of identity—but more than anything else, it is a story about stories.

The setting: Zalischik, a small Jewish village in remotest Romania, a “forgotten place” that is quaint and pristine and as simple as the towns that appear in fables—we meet the butcher, the lonely jeweler, the crazy aunt, and the healer. The hard-earned peace of Zalischik is disrupted, however, by the chaos of war and a beautiful stranger that the villagers pull out of their river.

Ausubel’s basic premise is exhilarating. Fearing the encroaching tumult of the world outside, the villagers decide to pray away reality: to start the world again and to rewrite their story from scratch. What do you keep, and what do you throw away? Basic questions of desertion and possession are laid wide open, and in the brave new order—as the 11-year old narrator Lena discovers—there are radically new possibilities for cruelty and for love.

The excitement and disorientation of rewriting an identity comes across in the giddy turns of Ausubel’s prose, which is forceful and incantatory: “We did not stand straight, but felt the weight of all the words, of all the things, of the ways all the things were the same and different from all the other things. Nothing was safe.”

Through a varied cast of characters, Ausubel explores the coexistence of selfishness and love—and, above all, the way that stories can be used for reinvention or for cruelty. The villagers are performing an act of imagination, just as the young writer Ausubel is doing in her attempt to access the lives of her ancestors. As such, the wonder and the fear that result from her characters’ uncertainty permeate every page of the novel.

The will to believe, the will to narrate, and the will to dominate are inextricably entwined with the experience of readership. Ausubel’s novel is at its most thought-provoking when it explores the real composition of love and worship; her analysis of power dynamics in daily relations is astute and incisive but lacks the despondency of writers exploring similar events of history.

“No One Is Here Except All of Us” is driven by a wild imaginative energy, and Ausubel’s talent for imagery is beyond doubt. The underlying tension in her project, however, is one that she does not entirely resolve. On the one hand, the novel is an ode to the power of stories and of mythmaking, yet on the other hand, the success of any narrative depends on the realistic portrayal of believable characters—for without a true connection to characters, the message of a novel can get lost in translation. Ausubel’s surreal, mystical impulses clash with her commitment to realism, and she far too often pushes the novel into the abstract, the fabled, and the sentimental.

Aside from Lena and the inscrutable stranger, the characters lack real human interest. The boy Igor is a tremendous sleeper; “You won’t be surprised by this,” he interjects in one scene, “but I’m tired.” It is all he ever really does. Ausubel frequently gets carried away with the force of the narrative, as she does where Igor is concerned; in doing so, she suppresses the story in order to ruminate more directly on the centrality of stories.

The other main fault of “No One Is Here Except All of Us” is the tendency to reach too eagerly into the abstract, with the result that important moments are ruined by triteness or cliché. “Sometimes it happens,” Ausubel writes, “that two very different stories, two distant lives, come crashing together.” Another pithy prophesy that emerges awkwardly out of the text: “You are yourself, no matter how much you have to change.”

In Ausubel’s expansive project, she truly shines in moments when she relaxes the urgency of her procession through explicit ideas and constructed scenarios. When she takes the time to characterize, she does so deftly. When she properly pays attention to little details that make characters realistic, her styling is superb. This happens especially in scenes of motherhood, a major feature in Ausubel’s short fiction to date that is re-imagined here with success.

Above all, the novel is strongest when it leaves the urge to forge a unifying story in the first-person plural and instead focuses on the enchanting voice of the main character. And yet, it is hard to escape the feeling that perhaps that’s the point: that the struggle to entangle an “I” from a “we” is an integral element of Ausubel’s fable.

However uncomfortable it is at moments, “No One Is Here Except All of Us” is redeemed by the force of its ideas and the beauty of its prose. Ausubel’s approach to well-worn questions of identity and the past is an innovative one; because it is so aware of its status as a story in performance, her novel dodges both the cheap catharsis of works like “Schindler’s List” and the dull insensitivity of films such as “Inglorious Basterds” that reduce European fascism to impotent semiotics.

“No One Is Here Except All of Us” is inconsistent and occasionally predictable, but as a debut work, it bears great promise. Instead of writing with history—or against it, as a literature of alterability should have it—Ausubel positions her writing under history; that is, both her novel and her characters squirm under the weight of mad and incomprehensible violence, desperately trying to forge a life story from a history of cruelty.

—Staff writer Alexander J.B. Wells can be reached at alexander.wells@college.harvard.edu.