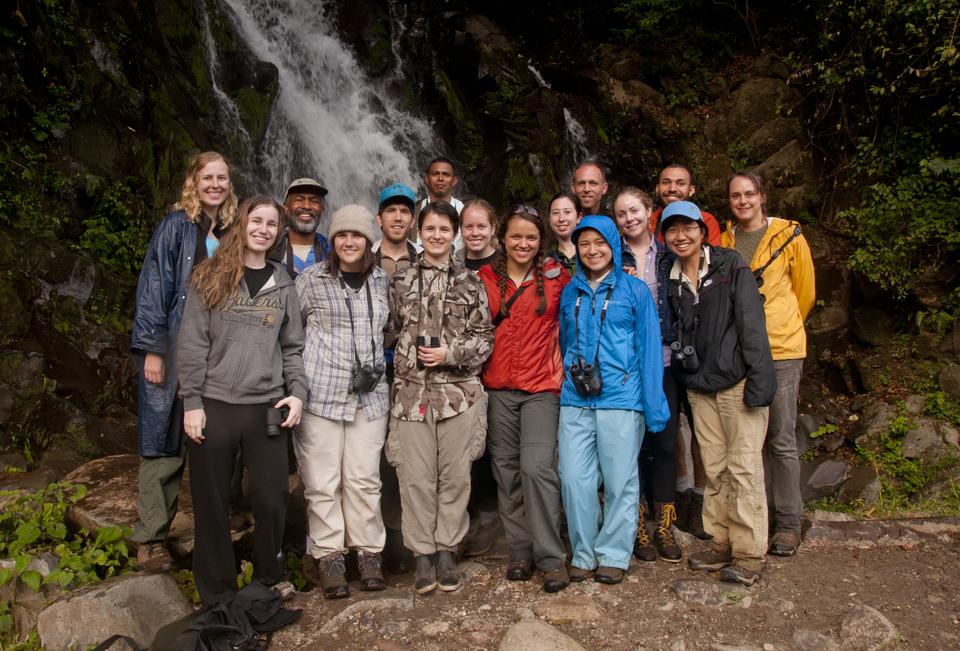 Leatherback turtles slowly crawled along the Costa Rican shores to lay their eggs as Harvard students watched carefully nearby in the nighttime.

This year, three classes from the Organismic and Evolutionary Biology Department offered all-expenses-paid spring break trips for its students.

Twenty-seven students traveled to Panama for trips offered by OEB 51: “Biology and Evolution of Invertebrate Animals” and OEB 190: “Biology and Diversity of Birds,” while 21 students in OEB 167: “Herpetology” studied amphibians and reptiles in Costa Rica.

This year marked OEB 51’s seventh trip to Panama’s tropical coasts. Students spent each day diving into the water to collect and photograph specimens before bringing them to the lab for further investigation.

OEB Associate Professor Cassandra Extavour, who led the trip with OEB Professor Gonzalo Giribet, said that she hopes the trip helped students understand invertebrates and the importance of anatomical study.

“There’s no better way to understand biology than to get inside it—whether it’s seeing organisms in the wild or seeing the inside of a cell through high resolution microscopy,” said Extavour. “That visual and tactile element is very important in cementing the students’ learning.”

Diversity that had been enumerated in course lectures came to life for OEB 51 students once they strapped on their snorkels.

“The underwater topography was steep, and it was amazing to see the distribution and sheer diversity of the corals, sponges, starfish, sea urchins, squid, snails, jellyfish, [and] shrimp...,” wrote Emily A. Burke ’14 in an emailed statement. “The list goes on, and...it’s hard to just pick out a few favorite [organisms] or isolate them from each other because everything is so intricately connected.”

In Costa Rica, OEB Professors Jonathan B. Losos ’84 and James Hanken assigned their OEB 167 students the task of becoming “resident experts” in specific reptile and amphibian species before the trip. Throughout the week, the students shared information about their organisms as they encountered them in the wild.

“We get to see the habitats and microhabitats that [these organisms] are found in, hear them calling, [and] see them eating,” said Hanken.

“It’s a spectacular experience, and it gives you a much better understanding of what these animals are about than [the one] you can get just in lecture and lab,” he added.

OEB Professor Scott V. Edwards, who led the OEB 190 Panama trip, said he hoped his students “get an appreciation of how staggering the biodiversity is in the tropics.”

He added that by allowing his students to observe the neotropical birds in the country’s rainforests and mountains, he conveyed a sense of the urgent need for conservation efforts.

“Rainforest habitats are being reduced globally at a very alarming rate,” he said. “By exposing them to these habitats, I hope to encourage their awareness of how important they are for society in general.”

—Staff writer Cynthia W. Shih can be reached at cshih@college.harvard.edu.