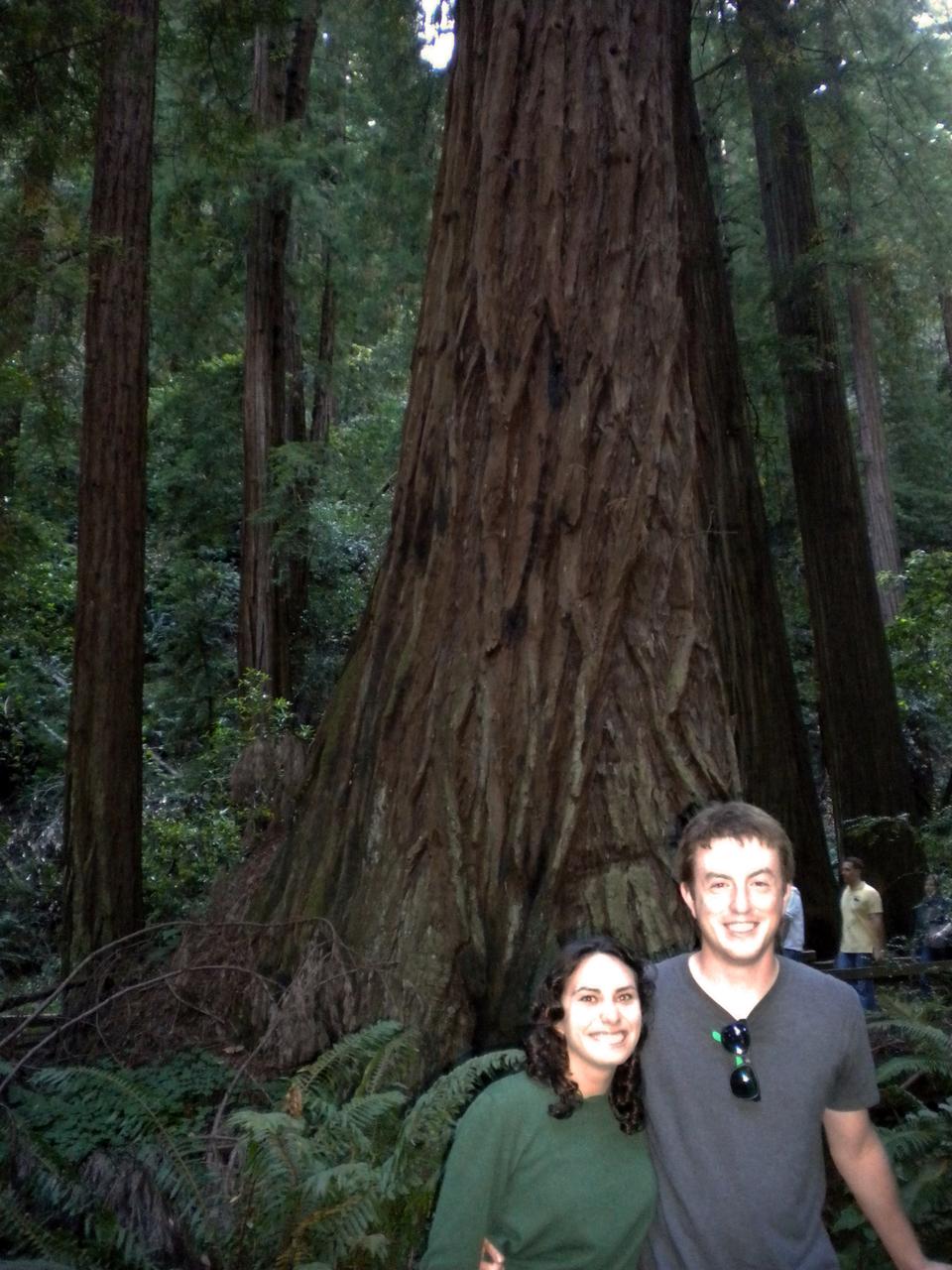 California, You Unbroke My Heart

I was looking for a beginning. I know I was born in New York Hospital on Dec. 22, 1989, but obviously I don’t remember this or any of the things that happened before it.
By Sofia E. Groopman

I was looking for a beginning.

As New York City immigrant narratives go, my story of origin is typical—made up of tales told so many times in my house, they were supposed to become my own set of memories.

It was July 2011, and I was pretty sad. I had just returned from a summer of thesis research in Italy, having spent most of the time reading or in archives. Though I had a grant, I felt like I had been shipped off by my parents on a grand tour. Maybe they thought that seeing beautiful, old buildings would make me unsad.

It’s pretty normal, at 21, to not know who you are or where you’re going. But this is not about Europe, though it is in a way. This is about Muir Woods.

When one of my closest friends got a job at Google, I told him I would visit him in San Francisco, a place I had never been. It was one of those promises you make late at night in Lamont Library, one you don’t think you’ll be held to, one you don’t know if you can keep. But this one was different somehow because at the end of July I bought a plane ticket to California. It seemed like a big thing to do. There was something about California, about the idea of it, like it was a place whose name required you enunciate all the letters, like you couldn’t say it fast.

My parents have a pretty typical New York attitude about California, which is to say they are skeptical. It represents a liberal bastion they admire, but I have always suspected that they believe it is unnatural in some way. In the 1980s my mother visited California with her first husband. They went to a dinner party, and after the meal everyone got completely naked and plopped into a hot tub. This is the sort of thing that happens in California, she told me. For a while my uncle, my father’s brother, lived in L.A. When my father went to visit him, decades ago, he couldn’t get anywhere because he didn’t know how to drive. My father rode around Los Angeles on a bicycle.

My parents weren’t upset by the idea that I was going to San Francisco to visit a friend, to see a new city, but—even though I had promised it months ago—it felt like an impulsive decision, like I was breaking a rule. So I bought a guidebook for San Francisco. I started planning things to do while my friend was at work. But even before I began researching, I knew I wanted to go to Muir Woods. I wanted to see the trees.

When I got to California, I was happy I had come. I was happy to see my friend. I was happy to discover San Francisco, guidebook in hand. I was happy to see the fog and the ocean and the bay. The first night I was there, I told my friend and his roommates about my desire to go to Muir Woods. I needed them to take me there because I don’t know how to drive, not even a little. On Saturday morning, my friend said he would drive us in a Zipcar. I suppose I had been annoying enough about it.

The whole thing about going to Muir Woods was beautiful. I mean not just the park itself, but the getting there. It was walking up the hills in Noe Valley to get the Zipcar and it was the 16-piece pack of string cheese that we bought. It was the way we measured the length of the Golden Gate Bridge—it is just a minute shorter than “Visions of Johanna.”

And then there was the place, the woods, how you approach them, going around these insane curves speckled with that California—San Francisco, really—fog. We had to park far down the road; we had to walk a long way to get there, but then we got there, and I hadn’t quite expected it but these were the tallest trees I had ever seen.

These trees were not shitting you with how tall they were. It was like a football field, but instead it was a tree. When I was a little girl, maybe in kindergarten or first grade, we learned about the rainforest—not a specific rainforest, more just the concept of rainforest, and part of it was that there are these trees like you wouldn’t believe, trees that create a new level of being, a plane parallel to the ground, where you can just exist. This felt like American rainforest.

I wanted so much to go to Muir Woods, I think, because I wanted to see the oldest thing in America, or something like the oldest thing. Muir Woods was fresh and beautiful, but it was also the oldest thing. It was the instinct of pilgrimage—to journey to a place that approximates a beginning. I needed to believe that there existed a narrative, an arc, and that I was in the place of genesis.

You can’t go to the oldest forest in America and suddenly be unsad. But this is my memory: the happiest I was all summer was then, was when I was just looking up and I couldn’t see any sky, just the trees.

—Sofia E. Groopman ’12, a former News executive, is not really into big jewelry. She describes her style as “colorful and fun."