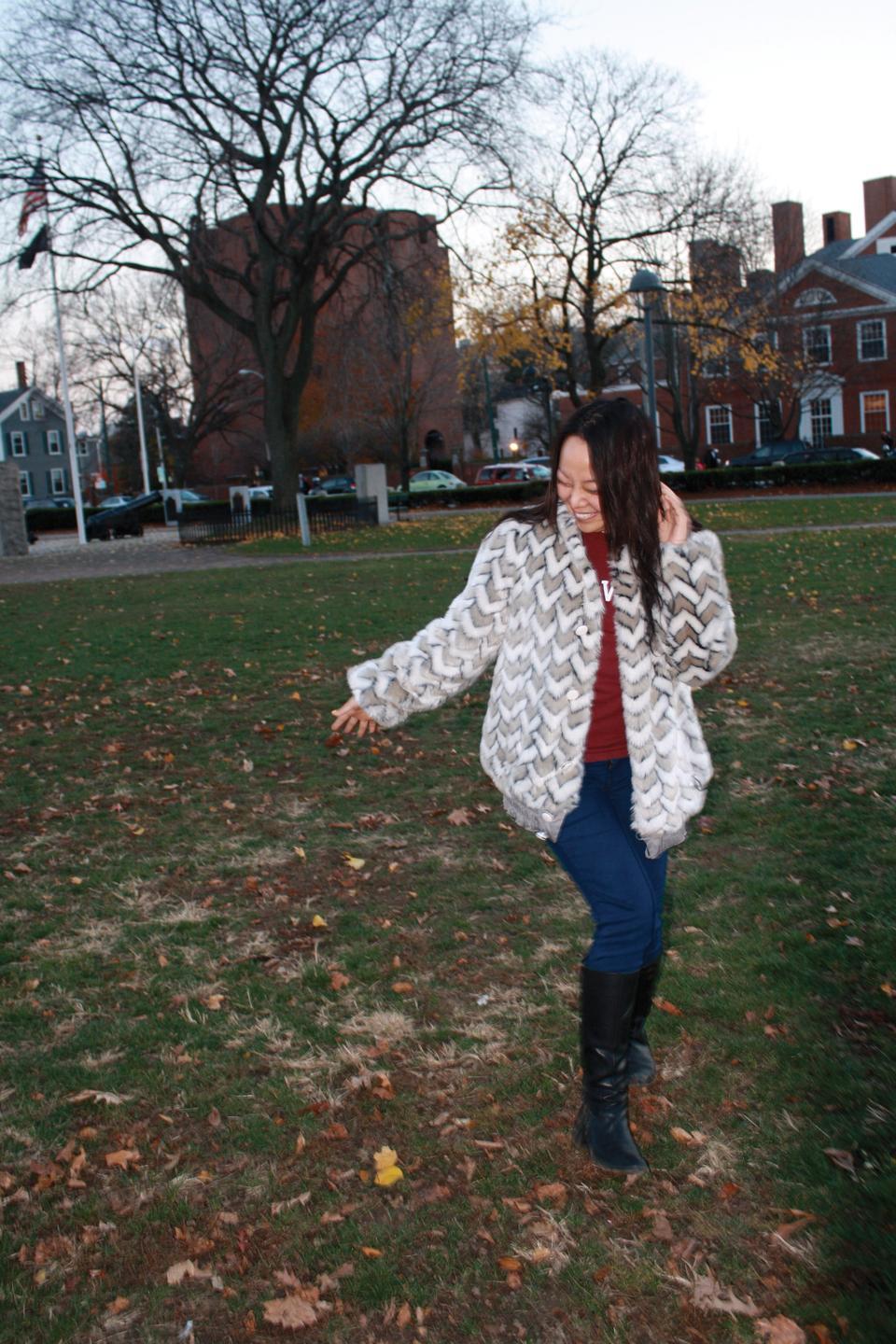 Wendy H. Chang ’12 is remembered by her friends for her distinctive laugh and her outgoing personality. She was involved in many extra-curricular organizations and a treasured member of the Harvard community.
By Melanie A. Guzman, Crimson Staff Writer

An accomplished artist and cherished member of many Harvard extracurricular organizations, Wendy H. Chang ’12 will be remembered for her infectious laugh and outgoing personality, friends and family said after her death on Saturday.

An English concentrator and resident of Lowell House, Chang charted a lasting legacy in Harvard’s community, friends said. The cause of her death was unconfirmed as of press time.

About 300 students attended a memorial gathering for Chang held Saturday in Lowell House—a crowd so large that the memorial had to be moved from the Junior Common Room to the Dining Hall.

“It was a testament to the kind of life she led,” said E. Jordan Taylor ’12, who knew Chang through the Bee social club and attended the memorial.

Hanna Y. Choi ’12 said, “She was such an important part of the Harvard community and so many other communities within.”

Taylor recalled a time that Chang, whom she remembered as an “amazing cook,” prepared a steak dinner for a friend who had wanted to cook the meal for a boyfriend. Chang pretended that she hadn’t been the one to cook it, Taylor said, and refused to take credit even when she almost got caught.

“She was definitely the type of person who would go above and beyond anyone else,” Taylor said.

Many others also remembered Chang’s outstanding cooking. Once, Chang cooked an entire duck with butternut squash macaroni and cheese for her fellow Bee members. President Sofia V. McDonald ’13 said that the women still talk about the delicious meal.

“She was and will continue to be the funniest, most vibrant, most good-natured, and enthusiastic person we know,” McDonald said on behalf of the Bee. “She was an inspiration to us all.”

“You’d see her throw her head back, and she’d scrunch her nose and let out a cry of pure joy,” McDonald described. “If you were down the street and had no idea what she was laughing at, you would start to laugh too.”

Choi recalled, “She would light up our discussions with her laugh and her enthusiasm.”

Hana Bajramovic ’13, who met Chang when they were both costume designers for the Hasty Pudding Theatricals, also recalled Chang’s “wonderful, resonant laugh that echoed through the halls.” Bajramovic said Chang impressed her not only with her humor and kindness but with her artistic ability.

“Even in the silly costumes we sewed for the Pudding, she could just do so much,” Bajramovic said. “She came in the first day to the costume shop where we work and all of the sudden sat at the sewing machine and started at it.”

“There was no learning curve,” Bajramovic added. “She was good at everything.”

“She embodied everything we were supposed to be—gregarious, fun, friendly,” Cook said. “She was just amazing to be around.... I don’t know what the Crimson Key will be like without her.”

Chang, an avid painter pursuing a secondary field in visual and environmental studies, further demonstrated her passion for the arts as a designer for the Harvard Advocate.

“She was a crucial figure in the life of the Advocate and the Advocate community,” said Julian B. Gewirtz ’13, who was the publisher of the literary journal during Chang’s second year as a designer. “It’s a really staggering and overwhelming loss.”

Gewirtz recalled that one day, when working on the layout for the Advocate, he told Chang he was going on a coffee run. She told him that there was an amazing drink at Crema Café that he needed to try—a white cranberry juice and rooibos tea called Red Nectar.

Gewirtz said he ordered the drink, because on these matters, “Always trust Wendy.” It was fantastic, Gewirtz added.

“And every time I have that drink, even long before today, I would always think, ‘Oh, Wendy’s Drink,’” Gewirtz said. “It is that kind of small gesture that she made, that cumulatively will be one of the many ways that we will remember her and extend her memory into our own lives, which I suppose is the only thing that one can do.”

—Staff writer Melanie A. Guzman can be reached at melanieguzman@college.harvard.edu