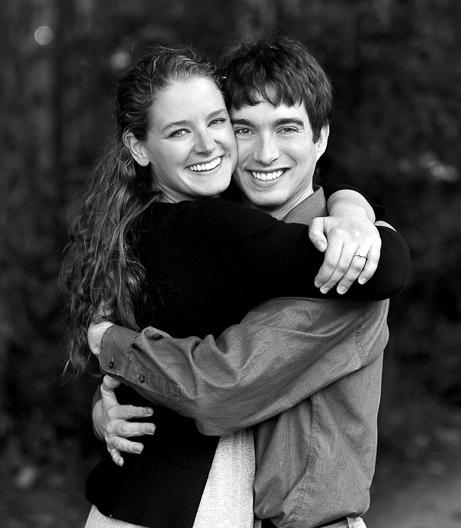 Brooke E. McDowell ’12 was stuck on Mount Washington in New Hampshire and she was desperately trying to text Peter H. Lifland ’10.

The two were friends from chorus—McDowell was a member of the Harvard Radcliffe Collegium Musicum and Lifland was in the Harvard Glee Club—and they had spent the prior evening talking at a party until Lifland walked McDowell home to Pforzheimer House at around 4 a.m.

Now, McDowell, a sophomore at the time, was hiking with her father and had gotten caught in a blizzard. She was worried she would not make it back to campus in time to meet up with Lifland, with whom she was supposed to go to another party.

“I couldn’t feel my fingers,” McDowell said. “My phone was dying. But somehow I managed to communicate to him that I really wanted to see him.”

McDowell made it back to campus later that night, but she had injured her leg and had to go to the party with her knee in an immobilizer and on crutches.

“He [Lifland] was very kind about helping me get around,” McDowell recalled. “Since then we were inseparable,” McDowell added.

McDowell and Lifland will get be married on June 23, 2012, a month after McDowell’s graduation from Harvard, in a Unitarian Church in Seattle, where Lifland lives and works for Microsoft.

The wedding will be small and simple, McDowell said, but there will be a sextet from the men’s glee club performing. The couple says that they wanted music, which brought them together, to be central in the ceremony.

Lifland asked McDowell to marry him in March of 2011, when McDowell was visiting him in Seattle during her spring break.

McDowell could tell something was afoot when she and Lifland went out to dinner. She said he was hardly eating and kept texting people. When the couple went back to his apartment, there were candles everywhere and a giant sunflower in the center of the room. McDowell’s twin sister and her husband “popped out of the guest bedroom,” McDowell recalled, and it was then that Lifland asked her to be his wife.

“After I said yes he got down on one knee and I was like ‘no, no, you missed it,’” McDowell added, laughing.

Next year, McDowell and Lifland will live in Seattle where Lifland will continue working at Microsoft and McDowell, a History and Science concentrator, will apply to Medical School and M.D.-Ph.D. programs.