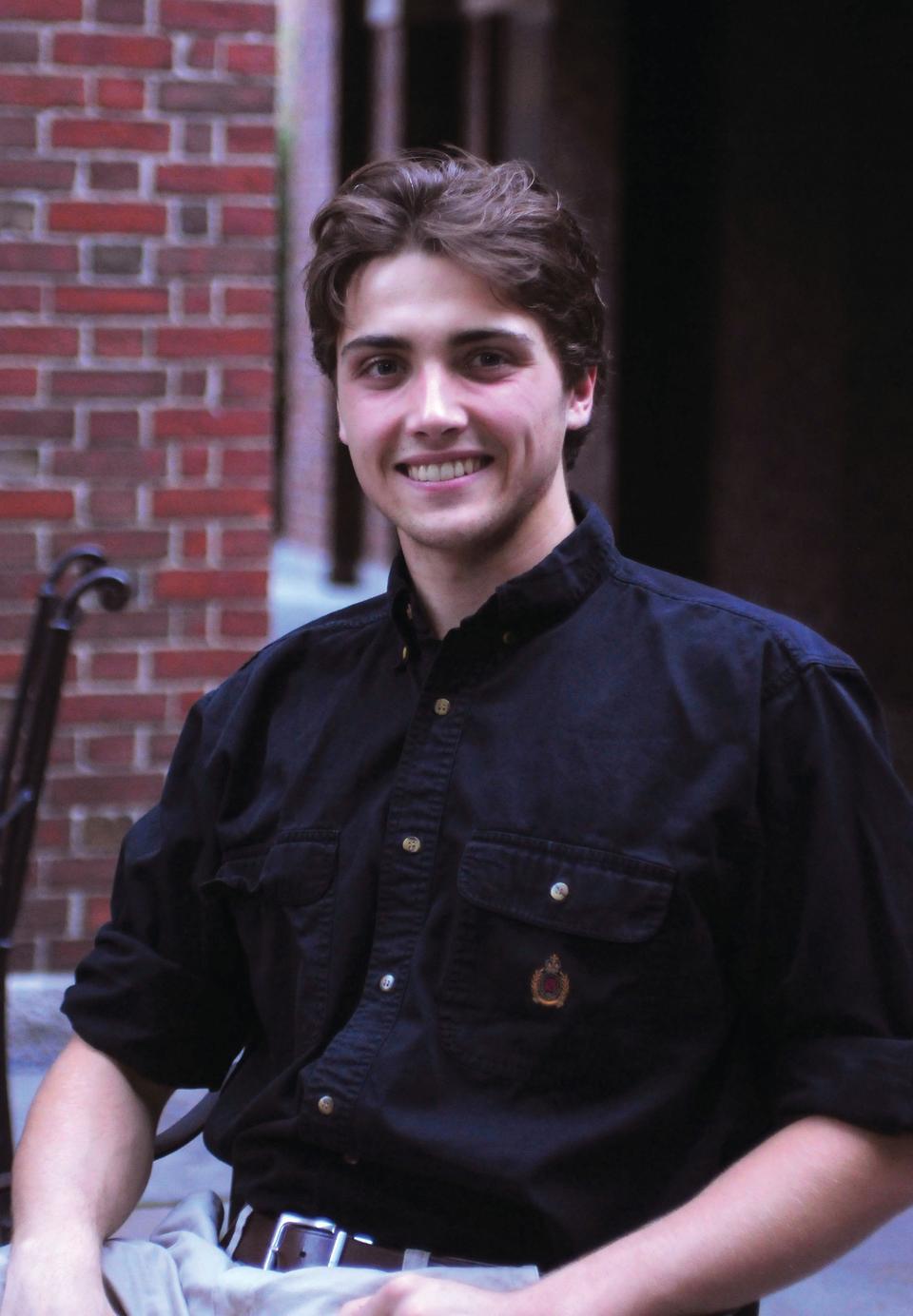 Ryan Christ '13, an applied mathematics concentrator, currently participates in research at Brigham and Women's Hospital in Boston. There, he focuses on statistical analyses with regards to population genetics.
By Alyssa A. Botelho, Crimson Staff Writer

Ryan R. Christ ’13 has always loved making models of how things work. When his mother gave him a library card at age eight, he went straight for “the molecule books” to make little drawings of how atoms turned into earthly matter and living things.

“I was all over this idea that you could model the universe and how it works,” he said.

He wanted to be a theoretical physicist until 10th grade—when he realized how much math that would take.

So in his first year at Harvard, Christ tried his hand at biology instead, studying Alzheimer’s disease in HMS professor Mel Feany’s lab at Brigham and Women’s Hospital.

Many scientists suspect that Alzheimer’s develops when brain cells lose their ability to traffic molecules within their interiors. Christ tested this idea in fruit flies, manipulating the cargo-moving proteins in their neurons and lighting them up with fluorescent dye to see how trafficking activities were associated with disease.

To do this, he inspected glowing fruit fly brains, one by one.

“Imagine trying to dissect out a fruit fly brain with forceps under the microscope,” he said. “If you had drunk coffee and your hands were shaky, forget it.”

The delicate labor paid off. Months in, Christ glimpsed a fruit fly brain under his microscope that stood out: a brain that had abnormally high amounts of a trafficking protein called Rab6, and fewer signs of  Alzheimer’s damage than in other flies.

“That was one of the most exquisite moments in lab,” Christ said. “Soon I was sitting with 20 'Nature' papers spread around me, drawing model after model furiously on my whiteboard to imagine how this protein might work.”

In sophomore year, Christ began imagining bigger models—curious not only to understand how Rab6 functions in the fruit fly, but how vast, interconnected systems of similar proteins might work together in humans.

This work is called “pathway analysis”—the science of modeling how genes work in systems, how they evolve and get passed in our DNA from generation to generation, and how they cause human disease when they go haywire.

It’s also a field that Christ learned would demand a lot of mathematics. This time he dove in, declaring an Applied Mathematics concentration and advanced standing to receive a Masters degree in Statistics.

“I realized I needed the math to build the kinds of models I wanted to build,” he said.

One of the first things that Christ and roommate Joshua Wortzel ’13 did when they became roommates in Lowell House their junior year was to buy a whiteboard for themselves.

“We took a maiden voyage to Home Depot and got this huge whiteboard—eight by four feet—and put it above Ryan’s bed,” Wortzel said. “Sometimes he pulls out the dry erase pens and goes crazy with his theories.”

It's just one example, Wortzel added, of an “insatiable excitement about nearly everything.”

“You rarely see a soporific Christ,” Wortzel said. “The more tired Ryan is, somehow the more energetic he becomes, and it’s absolutely infectious.”

These Alzheimer’s-related pathways are suspected to be under recent natural selection—showing up more in today’s human population than in previous generations. Reasons why remain unclear, and Christ hopes his model will help solve the mystery.

His experience with Alzheimer’s reaches far back into his childhood: he has cared for both a great-aunt and a grandfather with the disease.

“I saw loss [from Alzheimer’s] in a very  tangible way at a young age,” he said. Here, he has founded a group called the Alzheimer’s Buddies Program that pairs students with residents at a local nursing home who have dementia. His own buddy, Sofia, is a physician from the Ukraine.

“I call her my 85-year-old girlfriend,” he said. “Every week I bring her white flowers, and god forbid I forget them!”

Looking ahead, Christ hopes to improve his model and apply it to studying infectious diseases.

After a summer of public health work in Tanzania, he is especially interested in malaria.

He was struck by how the disease causes vast and long-term debilitation in African youth—just like Alzheimer’s does in the elderly.

“I want to work on diseases that disrupt years that could otherwise be fulfilling, wiping away life without killing you.”

And it is by using statistics—perhaps as an infectious disease specialist, or an academic researcher, or a physician—that he hopes to tackle the challenge.

“This model-building thing that I’m still doing now, that curiosity has always been there,” Christ said.“It all started with a public library card, baby.”

—Staff writer Alyssa A. Botelho can be reached at abotelho@college.harvard.edu.