President of European Central Bank Envisions the Future of Europe 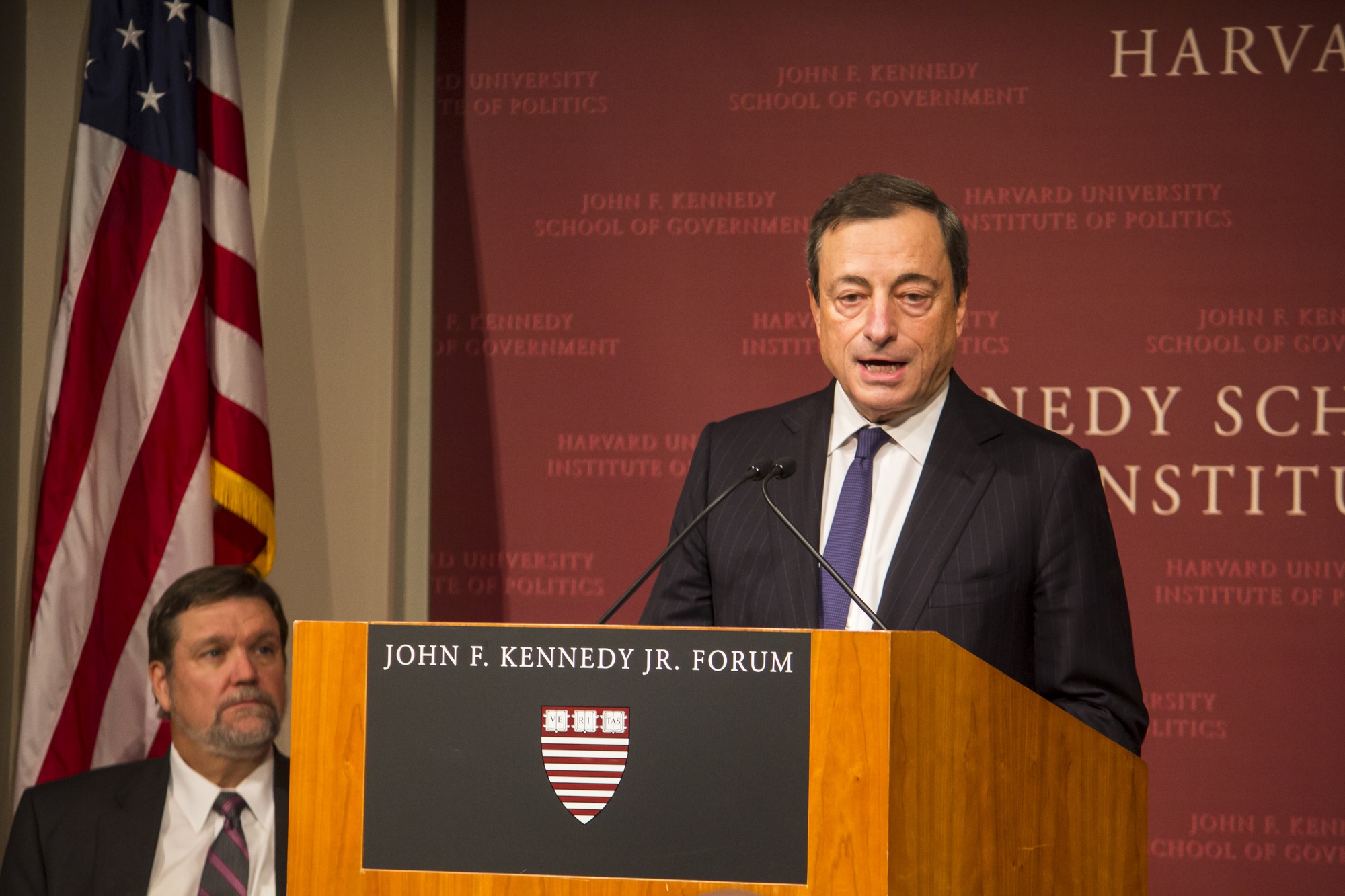 Mario Draghi, president of the European Central Bank, gave a public address at the Institute of Politics about the issues that the European Union faces after the severe sovereign-debt crisis that has affected its members.
By Lilias Sun, Contributing Writer

On Wednesday evening, President of the European Central Bank and former IOP Fellow Mario Draghi delivered the 2013 Malcolm Wiener Lecture in International Political Economy at the John F. Kennedy Jr. Forum, in which he addressed the origins and current challenges facing the European Central Bank, an institution which, among other goals, attempts to maintain the value of the euro in the European Union.

The lecture came the evening after Germany rejected a proposal from the EU that would have temporarily allowed the European Commission to aid struggling banks in Europe.

Draghi emphasized that the European Central Bank is a relatively new organization—it was established in 1998—and said that he sees the bank and Europe as being “engaged in a far-reaching process of reform.”

Rather than an “ever closer union,” Draghi viewed the European endeavor as “better encapsulated by wording borrowed from the Constitution of the United States, ‘establishment of a more perfect union.’”

Recognizing the “anxiety” created by what seems to be “an inexorable movement towards a future super-state,” Draghi said that policymakers in Europe are just following the 1999 decision to create a genuine single market supported by a single currency.

Draghi also emphasized the need to prioritize effectiveness over “abstract principles” in deciding how to move forward.

Draghi explained the concept of the “banking union,” an issue of heated debate amongst European policymakers.

“A genuine banking union can give citizens more trust in their money than can different national approaches.” Draghi said, arguing that it is necessary “to remove the differences in the banking systems that can create fragmentation along national lines.”

Rick Lopez, a political consultant who attended the lecture, was unimpressed with Draghi’s argument.

“Eurozone is a disaster. The austerity policy that these countries have been forced to adopt has created strains, for example, on their healthcare system,” he said. “It is brutal austerity.”

However, Charles-Henri Weymuller, a graduate student in economics from France, expressed support for Draghi’s vision.

“It is a win-win arrangement,” he said. “From today’s perspective, you might be a little skeptical, but Draghi’s message is to be a bit far-looking.”