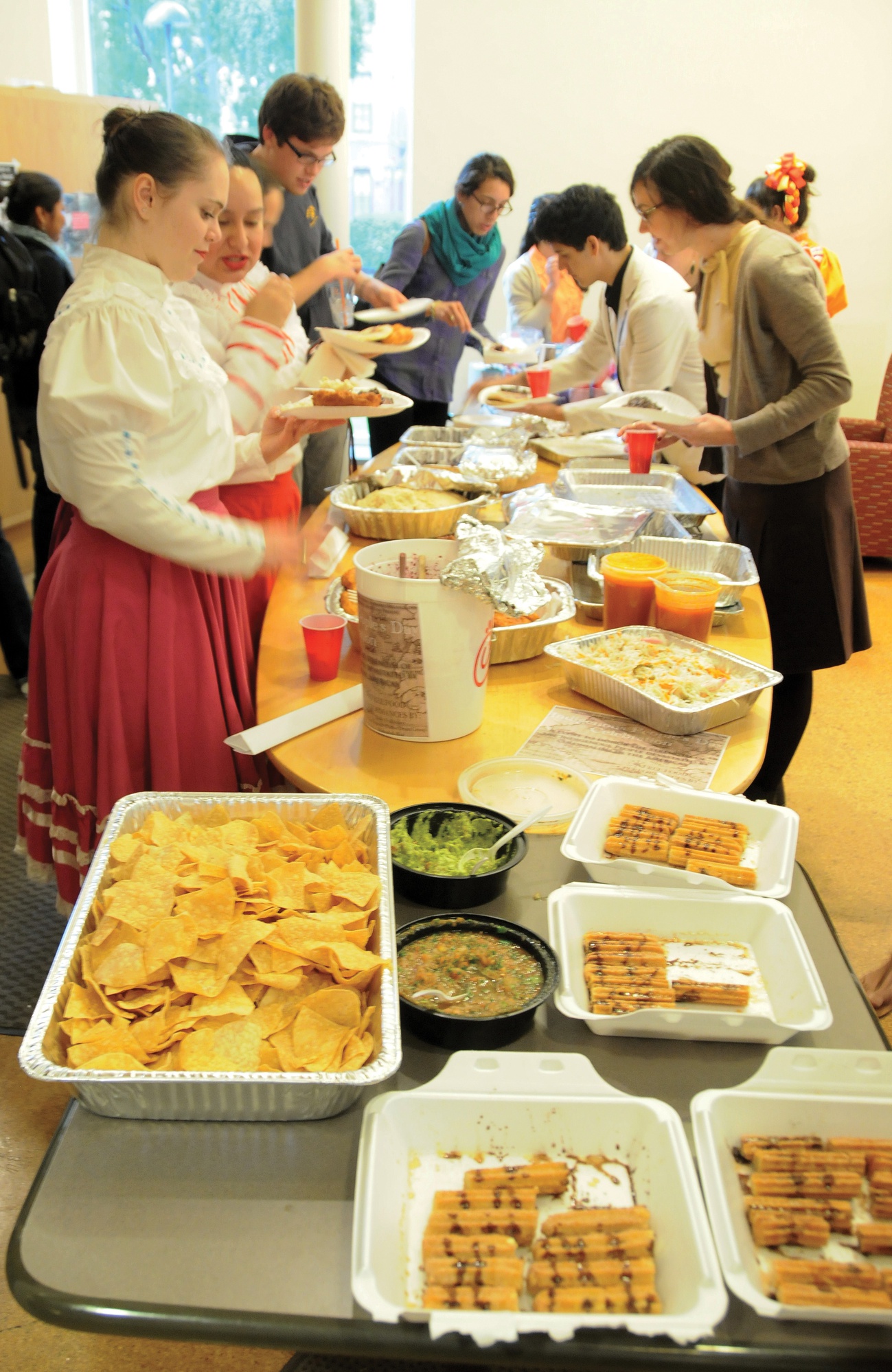 As Harvard students enjoyed Monday off in observance of Columbus Day, several student organizations gathered in Ticknor Lounge to advocate for the school break to be renamed “Indigenous People’s Day.” Harvard’s recognition of the holiday makes it the only Ivy League school to recognize the holiday.

On past Columbus Days, NAHC has held candlelight vigils in front of Matthews Hall, which was formerly the location of the Harvard Indian College, to commemorate the culture and history of its members’ ancestors. This year, NAHC opted instead to take part in the event in Ticknor Lounge.

“We decided to do this event because we thought it would generate more participation and raise more awareness than the traditional vigil,” said NAHC President Sharon P. Carlson ’14. “We want to celebrate our culture by teaching others about it.”

Carlson said the event was a good way to display native cultures.

“Columbus represents the point in history that began the downfall of many indigenous cultures,” she said.

The conflict of celebrating Columbus Day as a holiday while simultaneously recognizing the historical truths of Columbus’s interactions with the natives has generated mixed reactions among Harvard students.

“I’m being extremely inconsiderate in saying this, but I’ve never thought of Columbus Day in its real historical sense and enjoy having the day off,” said Cyrus M. Motanya ’17.

Others at the College disputed Harvard’s decision to have a University holiday, acknowledging how it remains the only school in the Ivy League to do so.

“I do not agree with the University's continued endorsement of Columbus Day. We are the only Ivy League school that still recognizes Columbus Day as a holiday in lieu of a more appropriate manifestation such as Indigenous People's Day,” said Kenard G. Dillon ’17.

Dillon questioned the implications of Harvard’s continual recognition of Columbus Day as essentially a school-wide holiday.

“We are a private institution and have no obligation to Federal holidays, as evidenced by our choice to not recognize Veterans Day,” Dillon said. “As the nation's top school, what message does this send to the world about our choice to legitimize, no questions asked, this holiday and its connotations?”

A University spokesperson told The Crimson that he was unaware of any recent discussions about whether to change the name of the holiday. In October 2012, University President Drew G. Faust touched on the issue during a conversation with students in Kirkland House.

“I think that what Harvard has done is just that it has traditionally observed national holidays and hasn't thought more about it than, ‘This is a day that the post office is closed and therefore Harvard doesn't open either,’” Faust said in response to a question about why the University still recognizes the holiday.

Faust also said that she did not think that Harvard previously had considered making changing the holiday.