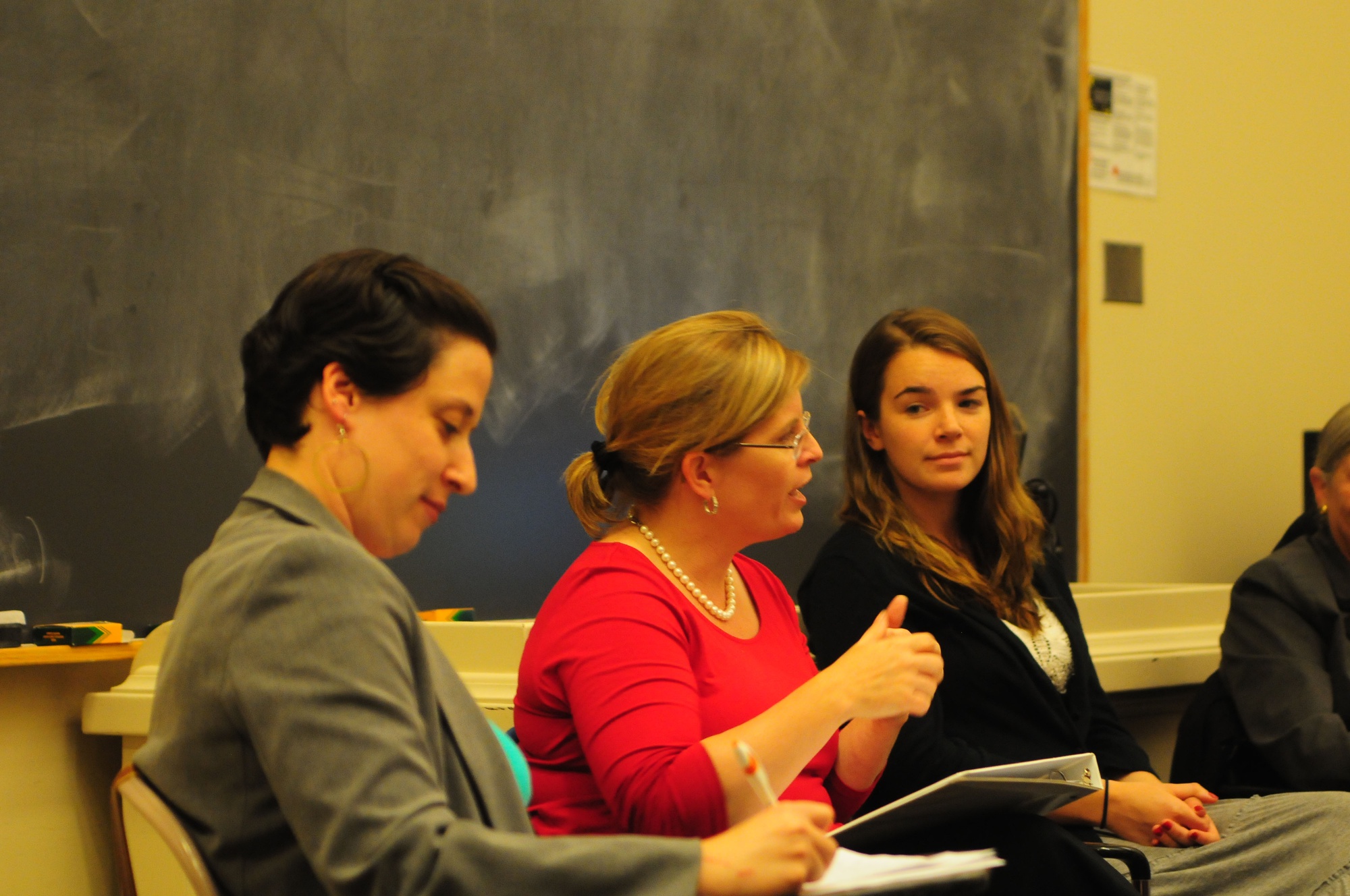 The Harvard Dems and the Women’s Center presents a panel discussion featuring Rep. Marjorie Decker, Professor Kay Scholozman, and others about what their experience in the political workplace.
By Tyler S. B. Olkowski, Contributing Writer

The panel was hosted by the Harvard College Democrats and, in addition to Decker and Schlozman, consisted of Megan O. Corrigan ’16—who worked on Elizabeth Warren’s 2012 campaign for Senate—and Stephen Eisele, a program manager at the Parity Project, a non-partisan organization dedicated to electing more women. The panel was moderated by Shauna L. Shames ’01, a PhD candidate in Government.

Decker said that Massachusetts ranks 37th in pay equity and that only a quarter of the Massachusetts State Legislature is female.

During the event, panelists discussed potential causes and effects of gender disparity in politics, as well as proposing possible solutions. Some of the panelists pointed to a lack of female political role models as a potential root of the imbalance.

Panelists also pointed to sexism and traditional views of gender roles as obstacles that female politicians must overcome.

During her write-in re-election campaign, Decker recalled critics who challenged her ability to be both a public figure and a mother of two young children.

Corrigan said she was frustrated by a view she heard expressed during Warren’s 2012 campaign, that “a woman could not accomplish as much as a man because of her family duties.”

She added that she thought sexism in the press was a major barrier for women looking to win election.

“Nobody talks about a man’s suit or his haircut,” she said.

Decker said that she thought part of the solution to the gender disparity was to increase the number of women who staff political offices because she said those staffers are more likely to eventually run for political office themselves.

Anna M. Menzel ’15, who attended the event, said that she was glad “to hear encouragement that women can run [for office] and are making a difference.”

Hannah R. Phillips ’15, Vice President of the Harvard College Democrats and the lead organizer of the panel, said that the purpose of the event was to “raise awareness and draw attention to the issue.”

At the end of the meeting, Decker asked how many in the crowd have considered running for office. Eight hands shot up. Four were female.