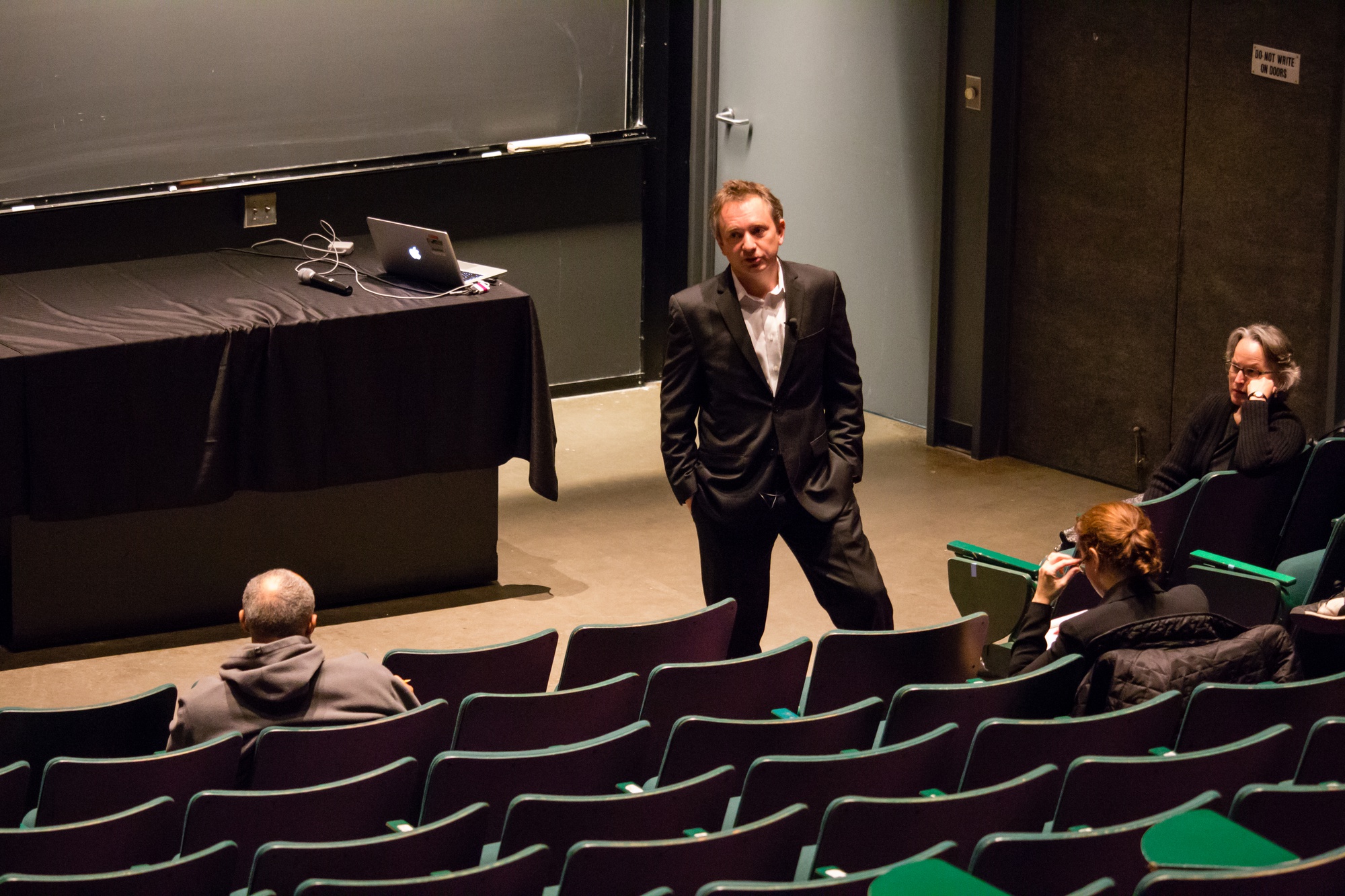 A dozen people attended the forum, which was held in the Science Center on Wednesday afternoon.

Barron, who led the meeting, spent the majority of the time explaining the task force’s genesis, purpose, and method, before taking largely logistical questions from the audience. After several were asked and answered, Barron ended what was supposed to be a one-hour meeting around 15 minutes early, when no one in the room had anything else to say.

The content of Barron’s comments mirrored those from the first task force forum, which took place at the Medical School in Harvard’s Longwood Campus on Oct. 9. That event drew more than twice as many attendees as Wednesday’s.

The task force, a group of 14 professors and administrators from across the University, was commissioned by University President Drew G. Faust in May, with Barron, a former Crimson president, at its helm. Its creation followed national media scrutiny of Harvard’s email privacy policies after the Boston Globe reported that administrators searched the email accounts of resident deans last fall in relation to the Government 1310 cheating scandal.

The task force expects to submit recommendations to Faust by the end of January.

In explaining the task force’s goal, Barron noted that that it concerned not only email, but any electronic communication that administrators could potentially access--a hard question to answer, he said, for any large organization.

“The main issue is... what kind of rules should there be to regulate when such access, if ever, can be attained,” he said.

He listed three examples of instances where such access would likely be appropriate: legal impetus in the case of a subpoena, the preservation of cybersecurity in the event of a data breach or compromised system, and the retrieval of information necessary for the functioning of an office if its owner leaves or becomes disabled in some way.

He added that a University is unique in that contains “really almost every type of imaginable human interaction,” which complicates the creation of policies governing access to electronic communication.

Responding to a question about the individuals who would facilitate access to communications, Barron commended Harvard’s information technology staff, saying that they were partly the reason that there are not controversies about email privacy all the time.

“I think in many instances the task force has been quite impressed by the way things are operating,” Barron said. “We have a very professional IT staff.”

In his explanation of the task force’s work, Barron said that the open forums were only one piece of the group’s outreach efforts.