Despite no formal affiliation, literary icon had lifelong affair with Harvard 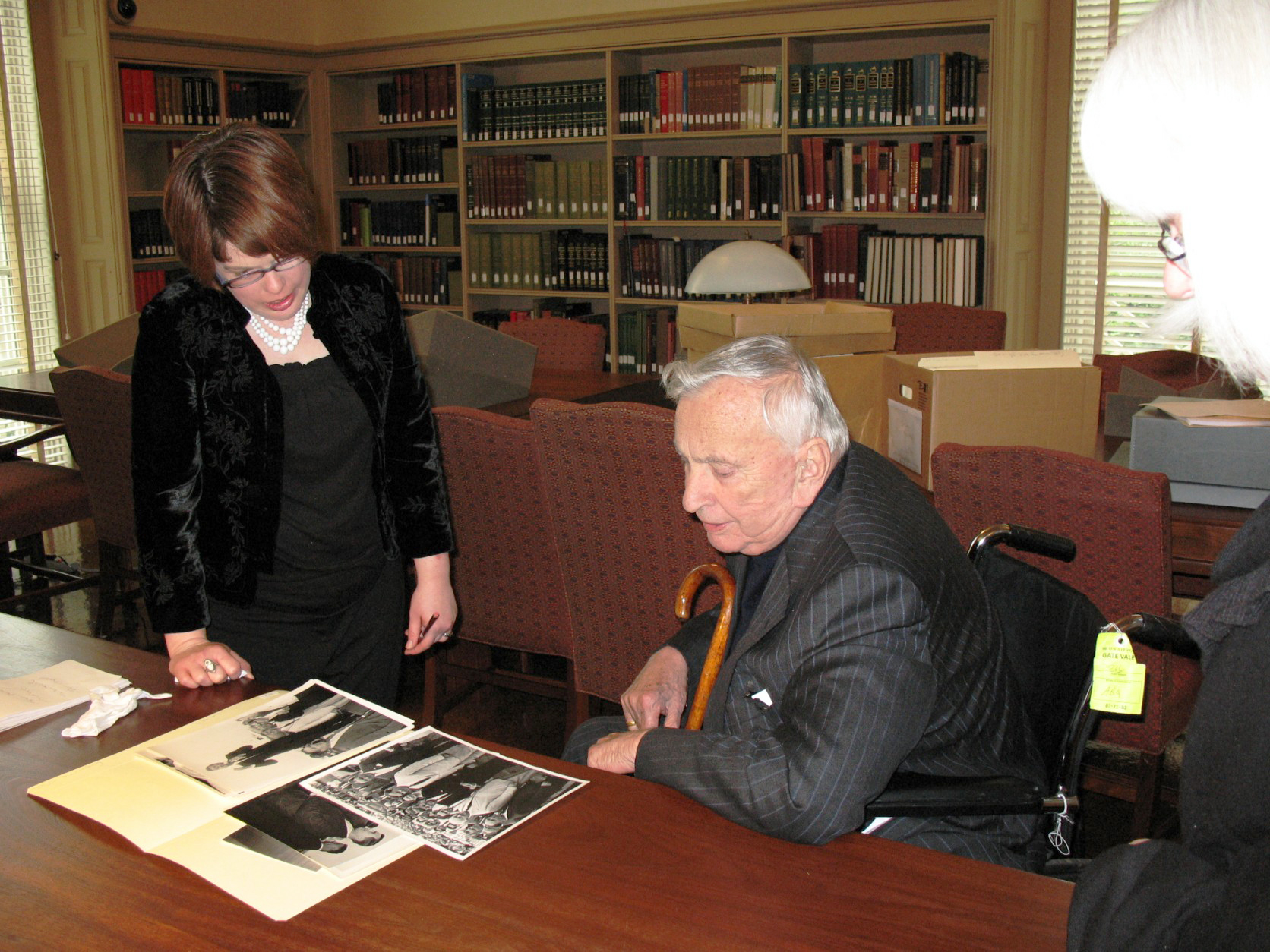 In this 2007 photo, noted American novelist Gore Vidal sits in the reading room of Houghton Library, to which he donated his papers in 2002. Vidal, who died in 2012, bequeathed his entire multimillion-dollar fortune to Harvard.
By Ian R. Van Wye, Contributing Writer

Gore Vidal’s lifelong complicated relationship with Harvard has taken a new turn from beyond the grave.

After the late literary icon changed his will in the final year of his life to bequeath the entirety of his multimillion-dollar fortune to the University, Vidal’s half-sister Nina Straight is now challenging the will on the grounds that Vidal was not mentally sound when he disinherited members of his family in favor of the University. A court hearing regarding the case is scheduled for Nov. 22 in Los Angeles County.

Citing Straight, the New York Times reported on Friday that Vidal’s assets are valued at $37 million, though this number was not confirmed by representatives of the estate. While a donation of this size might be small change for a University that is conducting a $6.5 billion capital campaign, the dispute between Straight and the estate has attracted national attention in recent days.

Thus far, Harvard has remained on the sidelines of the ongoing quarrel. “The University has been provided with notice of an interest under Mr. Vidal’s testamentary plan and is aware that there are pending court proceedings related to it. Harvard is not involved in those proceedings and awaits resolution of all issues,” Colin Manning, a spokesperson for the Faculty of Arts and Sciences, said in a statement.

The executor of Vidal’s estate, Andrew S. Auchincloss, did not respond to an emailed request for comment on this article on Monday, though Adam Streisand, Auchincloss’s lawyer, told the New York Times in a statement that he believes Straight’s claims have “no merit.”

Though he left his fortune to Harvard, Vidal, who died in 2012 at the age of 86, was never formally affiliated with the University.

In a 2007 interview, he told journalist Jon Wiener that he had aspired to attend Harvard as a young man. But after graduating from Phillips Exeter Academy, Vidal eschewed college to enlist in the Navy. By the time he completed his military service, he had already written his 1946 novel “Williwaw” and had changed his mind about Harvard.

Reflecting on his mindset at the time, he told Wiener, “My first book was already being published. I said, ‘I'm going to be told how to write by somebody at Harvard.’ I said, 'This is too great a risk.'"

Despite his reluctance, Vidal did lecture at Harvard from time to time as he gained prominence as a writer. He recalled that in one lecture early in his career, “There was a big audience, and many of them were my classmates from Exeter, who were overage juniors and seniors in what looked to be their mid-forties. I came out cheerily, as is my wont, and I've never felt such hatred radiating. They’d all predicted my total failure, because I was not to go to Harvard and meet a publisher or an agent—which is, I think, why they went."

More recently, Vidal delivered the 1992 William E. Massey Sr. Lectures at Harvard, a series of talks that he entited “Screening History.” In 2002, he transferred his papers from the Wisconsin Center for Film and Theater Research at the University of Wisconsin to Harvard’s Houghton Library.

Vidal was known to be insecure about his lack of a college degree, and he sustained a complicated relationship with academia throughout his adult life. Middlebury College professor Jay Parini, a novelist and close friend of Vidal’s who is penning his biography, wrote in an email on Tuesday that Vidal would denounce of the “hicks and hacks of academe” while speaking admiringly of professors and colleges.

Parini wrote that Vidal thought of Harvard as “the Platonic ideal of a university,” adding that Vidal “often spoke in warm terms of Harvard, and he was happy about the way the Houghton Library had treated him and his papers. He believed his legacy would be secure there.”

Parini recalled several instances in which he dined with Vidal in the Harvard Faculty Club, where Vidal was “in his element.”

Parini continued, “John Kenneth Galbraith and others had lunch with us one day, and Gore later said to me: ‘That's what conversation must sound like on Mount Olympus.’”