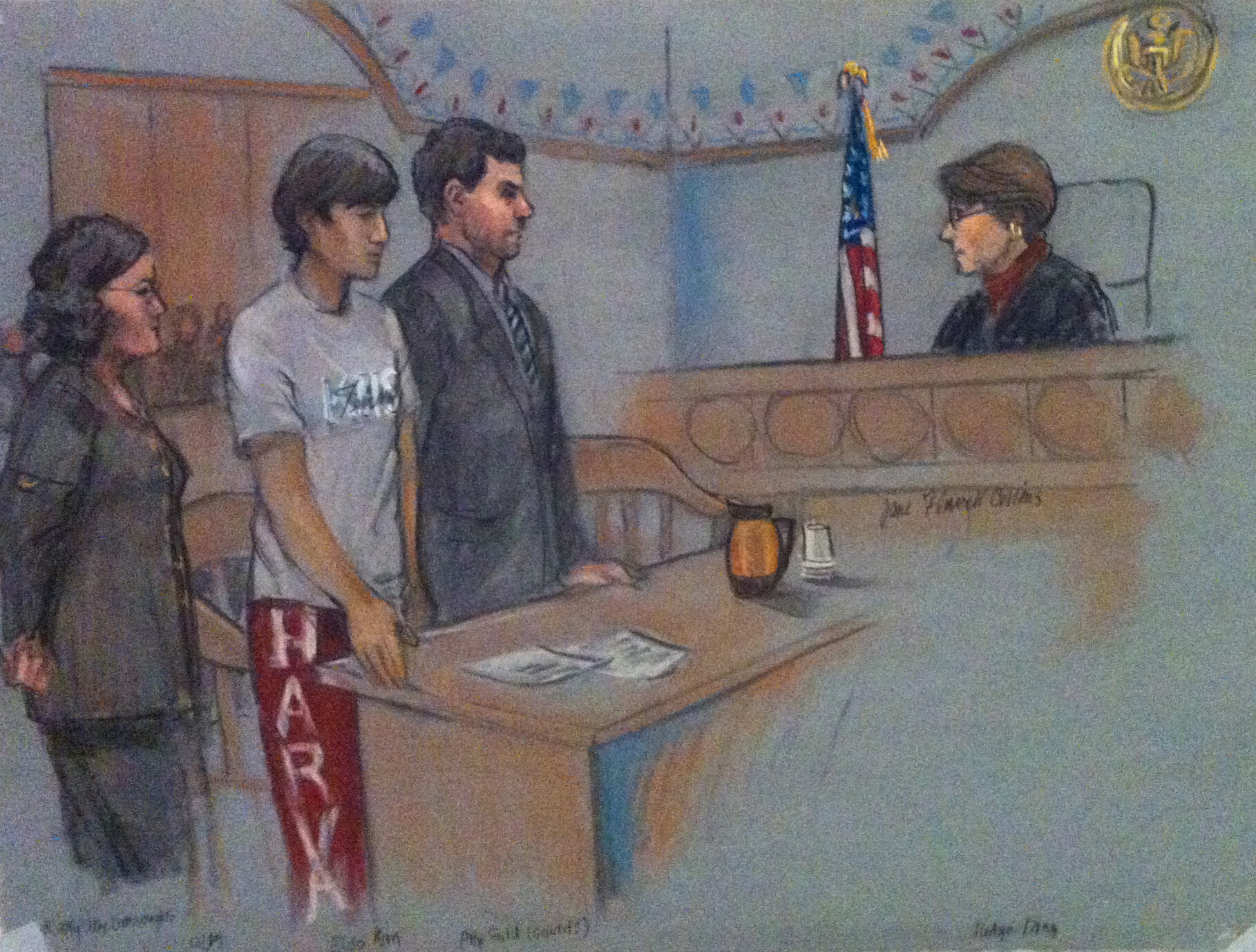 BOSTON—Eldo Kim, the Harvard sophomore who was charged Tuesday in connection with Monday’s bomb scare on Harvard’s campus, was released from custody after an appearance in U.S. District Court Wednesday.

Kim was arrested Tuesday afternoon after telling authorities that he was responsible for sending emails threatening to bomb four campus buildings in order to avoid taking an exam. Kim could face up to five years of imprisonment, three years of probationary release, and a $250,000 fine if convicted under the federal bomb hoax statute, according to a Tuesday press release from U.S. Attorney Carmen M. Ortiz.

Under the terms of his release, Kim will only be able to enter Harvard grounds if authorized in advance by University officials and the court’s pretrial services office. He will also need to be escorted by either his sister or his uncle, whom the court appointed as his guardians.

In a hearing that began at noon and then quickly recessed until 3:30 p.m., Kim appeared before U.S. Magistrate Judge Judith G. Dein and was accompanied by public defender Ian Gold and private attorney Allison D. Burroughs. Gold was subsequently appointed as Kim’s counselor. Assistant U.S. Attorney John A. Capin served as the federal prosectutor.

Capin said at the beginning of the hearing that he and the defense attorneys began negotiations early Wednesday morning regarding alternatives to detention.

During the proceedings, Burroughs requested that Kim receive permission to return to Harvard’s campus so that he could pick up his belongings. Dein indicated that she had no objection to the request.

Kim’s terms of release also dictates that he remain in Massachusetts, and that he and his guardians co-sign a $100,000 bail bond, though it will only have to be paid if Kim violates the terms of his release.

Urging Kim to comply with the terms of his release, Dein emphasized the bond’s expense.

“It’s a very serious obligation even though you don’t have to put up anything now,” Dein said.

The gallery at Kim’s hearing appeared to be predominantly occupied by members of the press. Kim’s uncle and sister were also in attendance.

—Staff writer Daniel R. Levine can be reached at daniellevine@college.harvard.edu.

An earlier version of this story and the caption of the photo accompanying it incorrectly identified the employment status of one of the attorneys representing Eldo Kim ’16. In fact, Allison D. Burroughs is an attorney in private practice not a public defender.