After Nine Years, Tommy Doyle's Will Close in December 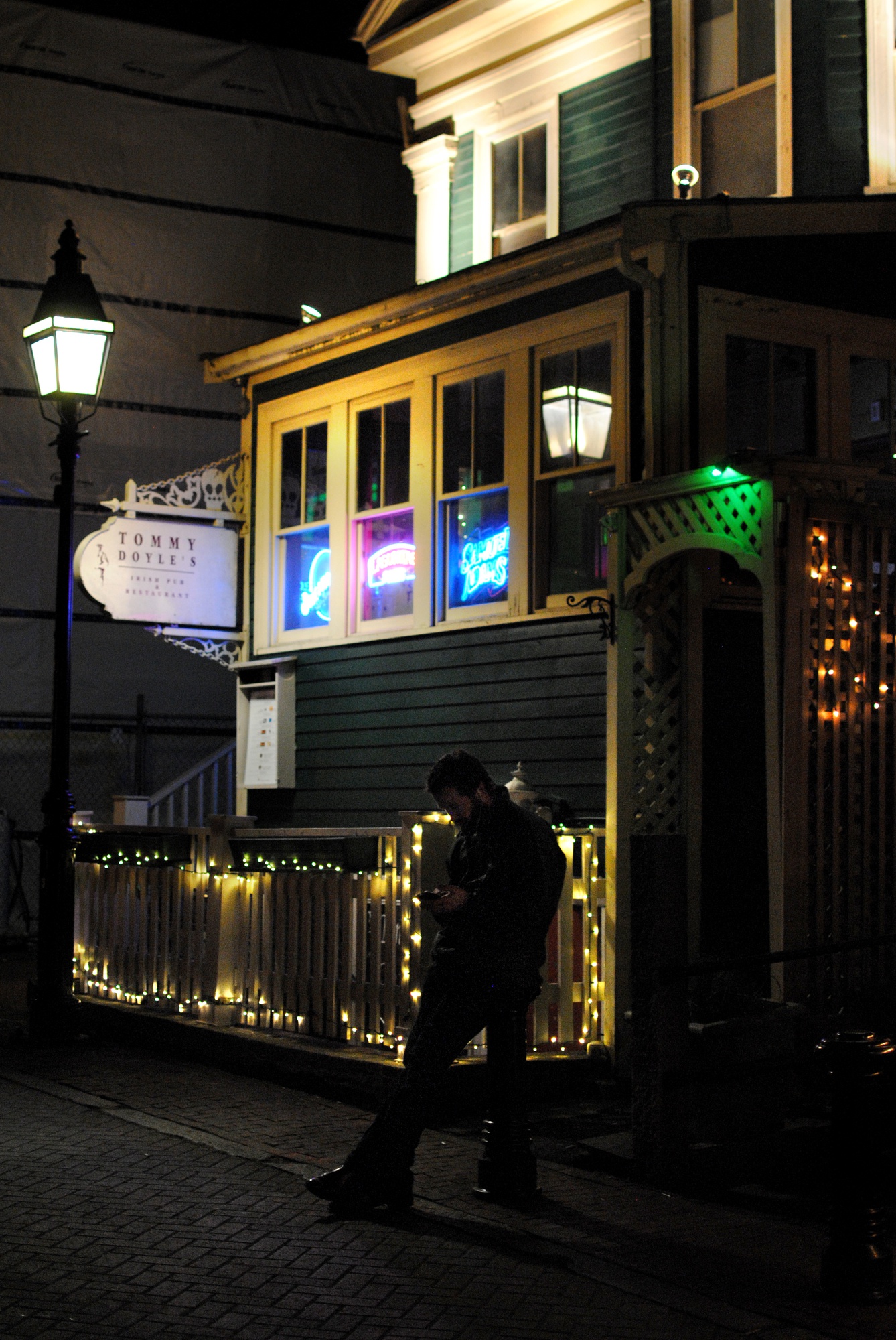 A man stands outside Harvard Square’s classic pub, Tommy Doyle’s, on Sunday night. The central location of Tommy Doyle’s to Harvard’s campus has made it a popular spot for students, but the business will close by the end of December.
By Celeste M. Mendoza and Steven H. Tenzer, Contributing Writers

Irish pub Tommy Doyle’s announced via Twitter on Thursday that it will close its Harvard Square location on Dec. 22. After nine years of business at the site of the original House of Blues, the pub will shut it doors, in part because of rising rents in the Square.

Tommy Doyle’s manager Garrett Tingle told The Crimson that closing the pub had been in discussion for a while due to rising rent, expensive maintenance, and repair costs, and a lack of outdoor seating. While business, he said, has been steady, increasing costs meant “it made sense to close down.”

Since its founding in 2005, Tommy Doyle’s has become a bustling social space for the Cambridge community. The pub, located at 96 Winthrop St., offers live music, trivia nights, and pub food and drinks.

Since the Thursday announcement, the company has received many supportive Facebook and Twitter messages from their patrons, current and former.

“People that have moved out of Cambridge and moved on with their lives are taking the time to email us,” Tingle said. “It shows you what a bar and restaurant can do in a community. It’s a social scene that people are really going to miss and love.”

Denise A. Jillson, executive director of the Harvard Square Business Association, echoed the sentiments of the Cambridge community.

“Tommy Doyle’s is a longtime, valued member of the Harvard Square Business Association,” Jillson wrote in an email. “The entire team will be missed.”

In addition to the larger Cambridge community, Tommy Doyle’s has forged a strong relationship with Harvard students and social groups. Since its founding, student organizations have used Tommy Doyle’s to host various fundraisers and social gatherings.

Fraternity Alpha Epsilon Pi has hosted its annual Presidents’ Day Weekend fundraiser called the Raise the Roof Charity Party at the pub in the past.

“It’s always been a good environment and a good, local place for Harvard students to go and enjoy themselves,” said Evan A. Ribot ’14, the fraternity’s president.

James T. Looney ’14 said he has often attended trivia nights at Tommy Doyle’s and that “trivia people will miss it.”

As for the future of Tommy Doyle’s, it also operates locations in Kendall Square and Hyannis. According to Tingle, its owners plan to focus on their Kendall Square location and are looking for new potential locations in Cambridge, Somerville, or Boston.

Tingle, a native Cantabrigian, was a part of the team that unlocked the doors during Tommy Doyle’s opening in 2005 and said he will be there to close them this December.

“I couldn’t thank the community from top to bottom enough for essentially giving us nine great years in Harvard Square. Thank you from the bottom of our hearts,” Tingle said.

Tommy Doyle’s follows a trend of Harvard Square establishments deciding to close in part due to rising rents in the area. UpStairs on the Square will close Dec. 31, and the Dunkin’ Donuts at 1 Bow St. has yet to reveal when it will relocate.

Raj Dhanda, landlord to the Tommy Doyle’s location, could not be reached for comment.