Weekend Storm Could Be 'Historic' 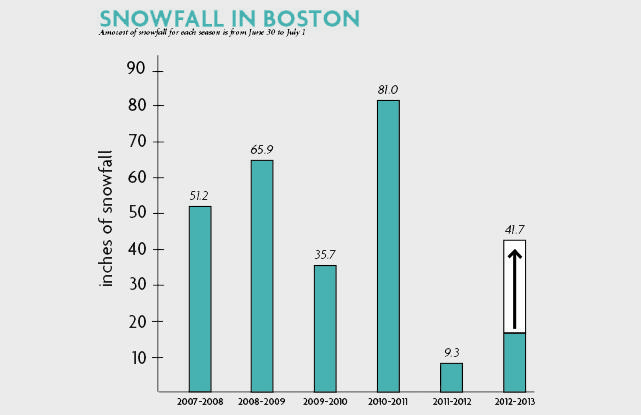 Snowfall is predicted to reach up to 24 inches in Boston tomorrow, a figure which would bring this season’s total snowfall so far to roughly four times the total of last season.
By Nicholas P. Fandos, Crimson Staff Writer

If meteorologists are correct, this weekend’s forecasted superstorm could potentially blanket Harvard Yard with more than two feet of snow, and in one blustery white swoop, Cambridge would receive roughly half of its average annual snowfall.

The likelihood of such heavy snow, along with projections of strong winds and low visibility, have prompted the University to cancel all classes beginning at or after 12 p.m. Friday.

All non-residential University facilities, including libraries, will also close at noon in deference to what the National Weather Service called a “potential historic winter storm” in a blizzard warning it issued.

“This is not an everyday occurrence by any stretch of the imagination,” said Alan E. Dunham, a meteorologist with the Weather Service’s Taunton, Mass., office. “I can’t rememeber seeing us issue a snowfall forecast for this much accumulation for so much of the state.”

Dunham said the Weather Service anticipates that light snow will begin falling Friday morning and intensify in the afternoon and then evening hours, before blizzard and whiteout conditions prevail overnight.

By Saturday evening, he said, widespread totals could reach more than two feet—and as high as 30 inches in some places.

Dunham said that with high winds and costal flooding also expected, he would not be surprised by widespread power outages across the region.

Overnight temperatures could dip as low as seven degrees Fahrenheit on Saturday night.

Harvard Campus Services, which is responsible for facilities upkeep and snow removal, spent Thursday prepping equipment and buildings for the storm, according to Harvard Director of News and Media Relations Kevin Galvin.

He wrote in an email that snow-response teams will be “fully-staffed and on-campus for the duration of the storm.”

The storm has already led to a host of cancellations on- and off-campus, with area universities and Harvard organizations readjusting their weekend schedules.

The City of Cambridge will close Friday at 11 a.m. and Governor Deval L. Patrick ’78 has ordered the Massachusetts Bay Transportation Authority to suspend T service by 3 p.m.

Harvard Square Homeless Shelter, which usually closes each day between 8 a.m. and 7 p.m., will keep its doors open all day Friday and Saturday, according the shelter’s administrative director Charles A. Hobbs IV ’13.

Many varsity sports competitions scheduled for this weekend have been either cancelled or postponed.

In addition, the first-year social committee announced Wednesday that it would postpone the annual freshman formal, which was previously scheduled for Friday night.

The storm is already drawing comparisons to the blizzard of February 1978, the last time Harvard cancelled a full day of classes due to snow.

That storm dropped 27.1 inches of snow, trailing only a 27.6-inch snowfall in 2003, the Boston record for a single storm.