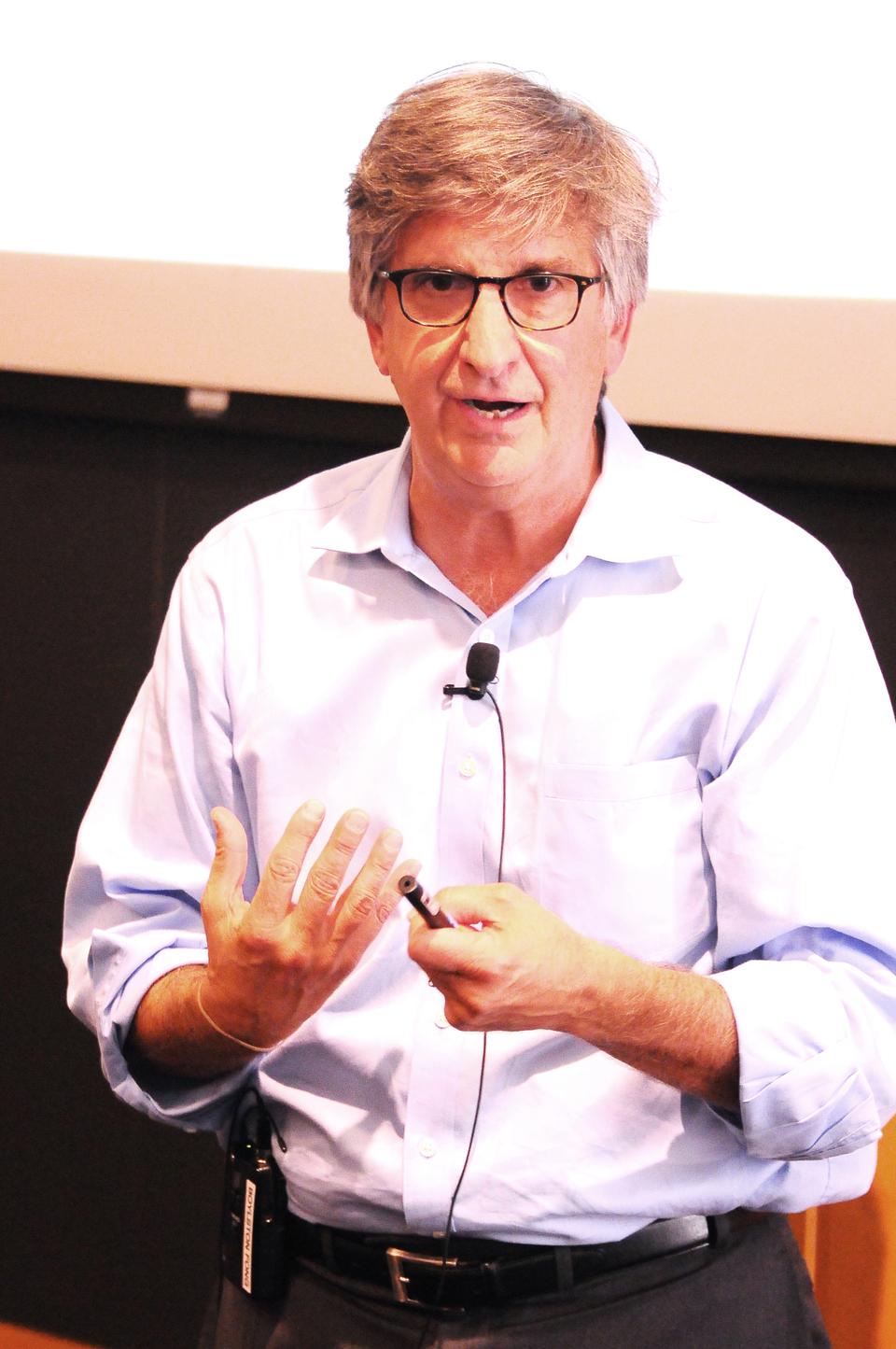 Pat Levitt speaks about the development of complex social behaviors in humans and other animals. Levitt, of the University of Southern California, lectured Tuesday afternoon in Fong Auditorium.
By Stephanie G. Franklin, Contributing Writer

Levitt began the lecture by summarizing the fundamentals of social behavior development, and then described his research on the relationship between differences in associative learning early in life with social abilities later in development.

Levitt studied the relationship between the abilities of infants to learn through classical conditioning and their social skills later in life, then conducted a similar study comparing the social behavior of mice. He concluded that there is significant heterogeneity in both human and animal social development, and that these differences correlate with social behavior later on.

Levitt also discussed applications of his research to treatment of autism, emphasizing the importance of building social skills for people with autism early on as opposed to finding a concrete cure for the condition.

Levitt injected humor throughout the talk, eliciting laughter from the audience when he referenced his mother or displayed a photo-shopped picture of himself and colleagues.

“This is the mouse that’s like that kid in third grade who wouldn’t leave you alone,” Levitt joked as he showed a video of one of the more gregarious mice in his experiment.

A combination of Harvard undergraduates, graduate students, faculty members, and local residents attended the event, which was open to the general public. Boston resident Helen Ji Li, who has worked on research at Harvard, said she attended the event because it related to research she had done on the effects of China’s one child policy on child development.

“I think this can be extended as an ongoing dialogue, for not just people who are interested in early childhood but also for teachers and students to understand each other, because we’re all social,” she said.

Each year, the Center on the Developing Child invites one scholar who has made advancements in the field of child development to Harvard to give a lecture and spend time with Harvard faculty and students. Levitt, this year’s scholar, is Science Director of the National Scientific Council on the Developing Child.