Community Reflects on Violence 'So Close To Home' 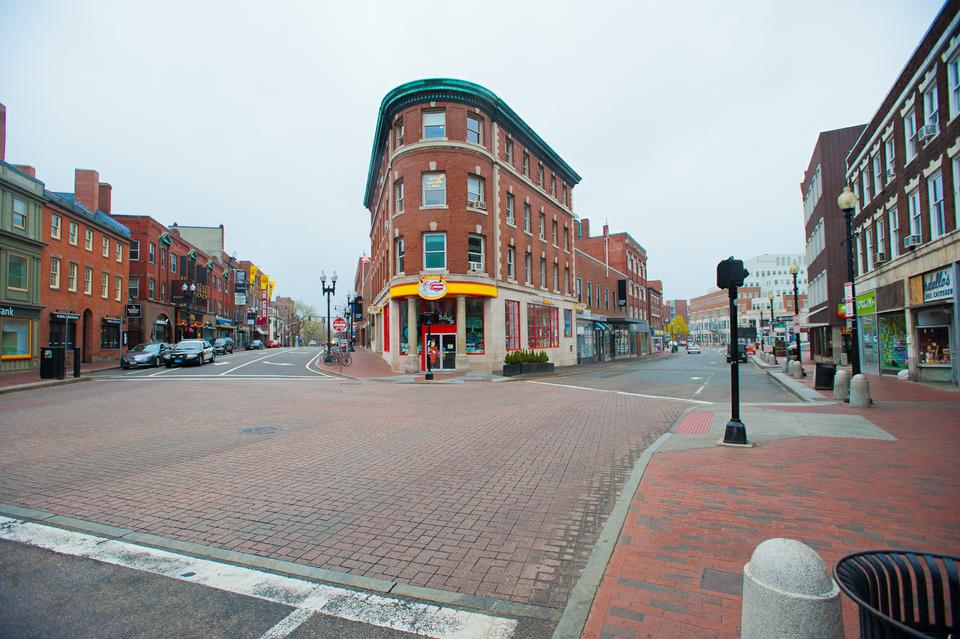 Aside from the near constant, piercing sound of sirens, the normally vibrant Harvard Square lay silent.

Students, who on any other day would be racing from class to class or dodging tourists in the Square, instead found themselves indoors, huddling around laptops in dining halls while the region was menaced by a suspected terrorist on the loose.

A violent, day-long manhunt turned much of greater Boston into a ghost town on Friday. Following the killing of a MIT police officer and a dramatic chase upriver through Cambridge into neighboring Watertown, Governor Deval L. Patrick ’78 asked residents to “shelter in place,” prompting Harvard to cancel classes for the third time this year.

With the University shut down, students sought out friends and neighbors to help pass the time and think of things other than the week’s violence.

“What’s going on outside is atrocious,” said Medha B. Gargeya ’14, who had organized showings of movies including Peter Pan and Aladdin in Adams House. “But luckily, Houses are fortresses of friends and family.”

Around 30 people attended the screenings held in the Adams Junior Common Room, which was one of the many similar events involving movies, board games, and conversations with friends and neighbors that convened across campus.

“It’s nice because it’s taking people’s minds off of what’s going on outside,” Gargeya said.

Even with the in-House support, the passing hours took a toll on the patience of students accustomed to packed schedules.

“I think that students might be getting a little bit stir-crazy, but at the end of the day, I think we will remember the fears we had last night,” Tara Raghuveer ’14, the president of the Undergraduate Council, told The Crimson Friday. “I think it’s very surreal for a lot of people, myself included.”

Those fears, even to the extent that they remained, did not stop some from venturing beyond their dorm’s doors.

“It’s such a nice day. Why waste it because some guy is trying to mess with our lives?” said S. Jumai Yusuf ’16, who was kicking a soccer ball in Harvard Yard on Friday afternoon. “I feel like it’s better to stay with people I know, having fun, than staying in my room and freaking out.”

A boombox blared as Yusuf and some 25 other students played soccer, catch, Frisbee, and Spikeball as the afternoon dragged on.

For some, seeing friends and classmates moving around outside gave them the boost of confidence to do the same.

“I wasn’t going to go out because I thought that no one was,” said Abel Deandreis Colina ’16, who was also in the Yard. “But then I stepped outside and saw all these people.”

On the River, numerous upperclassmen had the same idea.

Ian E. Ochs ’15 spent much of the afternoon in Eliot courtyard, figuring that the gated area would be safe while still allowing him and his friends to avoid the “feeling of being cooped up and helpless.”

The danger that remained in other parts of greater Boston was not lost on Ochs and his friends, who kept abreast of the news through Twitter, Reddit, and even the police scanner on their phones and computers.

Despite the anxiety created by following the news, Ochs said he appreciated the “really nice day.”

“It was definitely more relaxing to get outside,” he added.

When the drama created by the manhunt culminated shortly before 9 p.m. Friday with the arrest of 19-year-old Dzhokar A. Tsarnaev, who was hiding in a boat in Watertown, students at Harvard—just a few miles away—breathed a sigh of relief.

“I think it was more relief than celebration,” said Ochs, who watched the end of the manhunt with a group of around 20 people gathered at Eliot Grille. “After all, it was very sad.”

On Saturday morning, after the dust from the day-long manhunt had settled, University President Drew G. Faust sent an email to the entire Harvard community expressing gratitude towards law enforcement and sympathy towards the victims of the marathon bombing and the chase for its suspects,

“Even as we confront the horror of what humans can do, we see as well the majesty of what people can be, as they take risks and make efforts for others and for something beyond themselves,” Faust wrote. “The trauma of this violence so close to home will not quickly fade; it will affect each one of us in ways we must face together.”

In her email, Faust thanked the Harvard University Police Department for assisting local police during the lockdown.

“Times like these test our resilience and call forth our humanity,” she wrote. “To the many people across Harvard who have worked under extraordinary circumstances to maintain the University’s operations, to secure our campus, to console and assist others, and to keep our community strong, I offer thanks from us all.”

—Laya Anasu and Nicholas P. Fandos contributed to the reporting of this story.