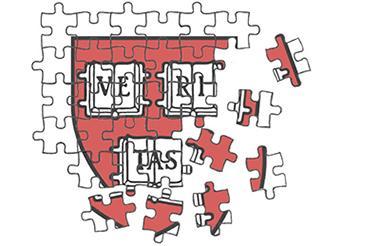 As the University prepares for the public launch of a multi-billion dollar capital campaign, it looks to coordinate across Harvard's 15 schools and balance school-specific interests with a commitment to centralization.
By Nikita Kansra and Samuel Y. Weinstock, Crimson Staff Writers

Part One of a five-part series on Harvard's approaching capital campaign. Part Two was published on April 30, Part Three on May 1, Part Four on May 2, and Part Five on May 3.

Since University President Drew G. Faust assumed her post in 2007, numerous initiatives have represented a strong push towards centralizing Harvard. From a University-wide calendar to centralized information technology services to creating a unified Harvard Library, major projects on campus have been geared towards transforming Harvard from a University characterized as 15 loosely-tied schools to a more cohesive and interconnected institution.

Now, as the University prepares for the public launch of a multi-billion dollar capital campaign, Harvard’s office of Alumni Affairs and Development, which is wrapping up a two-year “quiet phase,” is working to incorporate centralization into the campaign.

“The major contribution of this campaign will not just be the money, it’s going to be this presentation of the many schools of Harvard as a single entity,” said Sidney R. Knafel ’52, a donor who has given tens of millions of dollars to the University.

While Faust’s goal, often phrased as “one University,” is a guiding principle of the upcoming capital campaign, different schools’ priorities, donors, and strategies complicate the ability to run a cohesive campaign.

The drive for a central mission originates partly in donor and alumni reaction to Harvard’s last University-wide capital campaign, vice president for alumni affairs and development Tamara E. Rogers ’74 said in an interview in mid-April. The previous campaign, a six-year endeavor that ended in 1999, raised $2.6 billion for the University.

“We found that alumni really were interested in seeing the totality of the institution,” Rogers said, calling the “breadth of what happens in the University” a “big, compelling story” for donors.

Rogers cited renewable energy and global health as topics that can be studied at multiple schools at Harvard. Alumni have come to expect interdisciplinary collaboration from the University, she said.

In an interview in early March, Faust discussed how inter-school study can incentivize donors as well. “If we have a donor that’s interested in global health, we want to make sure that they see all the different ways that might excite them,” she said. “We think they might do more if they see more.”

Even for “one University,” though, Harvard’s schools have different priorities, different donors, and different campaign strategies, and all of Harvard’s faculties remain “every tub on its own bottom.”

While an overarching campaign executive committee of the University’s biggest donors has been mapping out the structure and message of the campaign for several years, the dean of each school works with an individual committee of supporters to identify and refine school-specific priorities.

“We don’t want to homogenize the schools,” Rogers said in early December. “We do want them to have their strengths and their identities. That’s a strength of the University, but we also want to optimize all of these strengths for better teaching and [more robust] knowledge creation.”

Some University-wide priorities, such as financial aid or teaching and learning, apply to nearly all of Harvard’s schools. House renewal, on the other hand, is a top campaign priority that benefits the College exclusively.

Moving the School of Engineering and Applied Sciences to Allston is another example of a relatively school-specific goal that is a focus of the University’s central administration.

“We have big aspirations for its growth and its establishment as a school,” Faust said, adding that SEAS has a “special status.”

A difference in goals is not the only distinction that mandates different campaign strategies between schools. As Faust pointed out in an interview in early March, different alumni have different financial resources.

"We have to tailor our goals to a certain degree for the schools to what they are likely to be able to raise as well as what their dreams and aspirations might be,” Faust said.

She said that school size, which affects the size of a school's alumni base, could be a determining factor in the priorities that a school chooses for its campaign.

“Some of the smaller schools will have smaller goals,” she said. “They have fewer alums and often, alums who have not been as financially remunerated as others."

Like choosing campaign priorities, different schools’ processes of soliciting donations can overlap or even conflict. Donors may carry degrees from multiple schools at Harvard, or they may wish to contribute funds to a school that they did not attend.

Rogers emphasized the importance of coordinating the outreach of various schools to avoid duplicate efforts on the part of different offices and to direct donors towards projects where their contributions would be most useful.

“Basically we want to be as respectful as possible of our alumni so that they don’t feel as if people are coming to them from every direction without coordination,” Rogers said in December. “And so we realize it’s in our interest to coordinate.”

John A. Kaneb ’56, a donor who also serves on Harvard Medical School’s Board of Fellows, said that fundraising for a large University always comes with the question of which schools are allowed access to which donors—in other words, a centrally-coordinated effort versus what Kaneb described as more of a “free-market approach.”

“It can be quite competitive,” Kaneb said of different schools’ desire to reach the same donors. “Some would say chaotic.”

He said that the University’s central development office is working to manage potential conflict or overlap between different schools’ fundraising efforts.

“I would hope that they will do it with a light hand rather than a heavy hand,” Kaneb said. “I would hope it would not be over-managed.“

Rogers corroborated Kaneb’s sentiment, explaining that there are no written rules that dictate which donors schools may or may not contact for donations. Instead, collaboration is key.

An earlier version of this article incorrectly stated the order in which University President Drew G. Faust made two statements about Harvard's strategy for its upcoming capital campaign. In fact, she spoke about tailoring goals to the unique circumstances of each of the University's schools before commenting on smaller schools specifically.