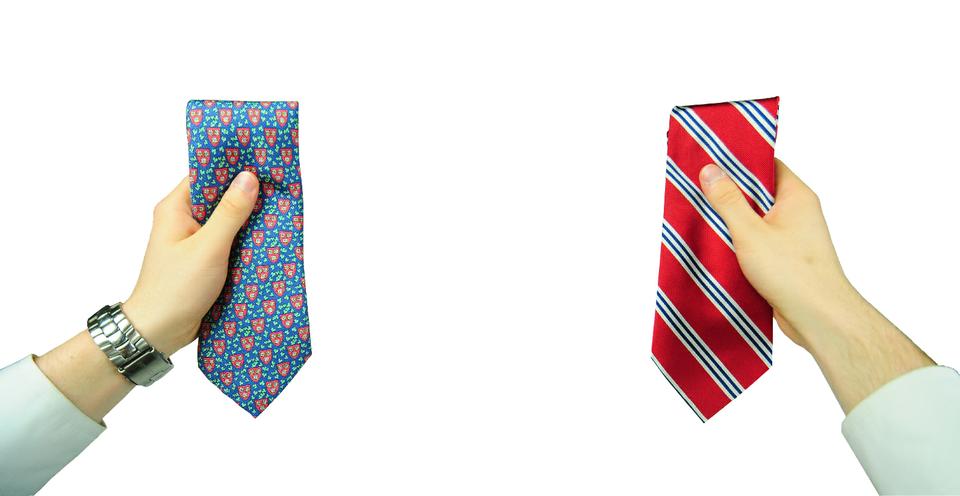 Over the course of a half-century at Harvard Law School, Alan M. Dershowitz has seen many former students seek elected office. In fact, he usually offers them a small campaign contribution, regardless of their political affiliation.

But one alumnus declined the offer—Texas Republican Senator Ted Cruz.

Dershowitz still recalls the “humorous exchange” in which Cruz offered a playful explanation with a heavy dose of political truth.

“‘I’m not sure if this would hurt my reputation or your reputation the most,’” Dershowitz recalled Cruz telling him, because in some ways, Dershowitz has built a career as a lawyer defending liberal causes anathema to today’s Republicans.

Cruz was just one of many prominent, if reluctant, Harvard graduates in the 2012 election cycle. As both presidential candidates distanced themselves from their Harvard degrees, and Law School professor Elizabeth Warren shied away from her Cambridge connections to win a hotly contested Senate race, Harvard diplomas came off as electoral liabilities in many political theaters.

But a more sweeping view of Harvard graduates running for office, in both large and small contests around the country, reveals a much more nuanced approach to “dropping the H-bomb.” In some districts, a prestigious diploma can set a candidate apart from the crowd, and provide welcome legitimacy. In others, alumni can set up their Harvard connection as an ideological counterpoint, clarifying their own positions by rejecting their alma mater.

No matter the race, a Harvard degree will attract attention—and typically, the most successful candidates try to weave that scrutiny into a narrative that resonates with voters.

Facing public perception of Harvard as an elitist, and often liberal, bastion of privilege, many of the most high-profile Harvard graduates in politics try to clarify their platforms by contrasting their “roots” to their Harvard education.

Cruz made headlines this February when a New Yorker article quoted from an old speech in which the senator decried Harvard Law School for having more Communists than Republicans in the faculty during the early 1990s.

The senator responded by affirming his remarks and distancing himself, at least rhetorically, from his alma mater.

“If you’re running for the Senate in Texas, you don’t run as a Harvard grad,” said Dershowitz, who remembered Cruz as a “brilliant” conservative outlier at a liberal law school. “You run as the anti-Harvard.”

Cruz has been compared to former presidential candidate and former Massachusetts Gov. Mitt Romney, who once criticized Barack Obama for spending “too much time at Harvard” during his three-year law program—despite Romney spending four years at Harvard and earning degrees from both the Law School and Business School.

“I don’t think he had any problems with his Harvard degree until the election,” said Detlev F. Vagts ’48, a Law School professor who organized Harvard’s J.D./M.B.A. program when Romney passed through it in the early 1970s.

The anti-Harvard posture cultivated by Cruz and Romney is a common one for conservative candidates who spent formative school years at the so-called “Kremlin on the Charles,” especially when those candidates return to home districts that tend to vote red.

“If you have any political instinct at all, you know that,” added Cooper, who is widely known in the House as a fiscally conservative “Blue Dog” Democrat.

But even liberal legislators in New England have reason to fear the perception of entitlement that comes with a Harvard diploma.

“The fashion is to tell a story of hardship overcome,” said U.S. Representative James A. Himes ’88, a Democrat who represents Connecticut’s fourth district. “[Harvard] is definitely an emblem of privilege, which has problems from an overtly political standpoint.”

Himes, whose district includes some of the wealthiest zip codes in the nation as well as several poorer areas, finds that he can mitigate the negative connotations of his Harvard degree by emphasizing his journey from the public school system to the Ivy League.

Longtime Representative Barnett “Barney” Frank ’61-’62, whose district included wealthy Boston suburbs for more than 30 years, took a different approach. While rarely emphasizing his years in Cambridge to voters, Frank has stayed close to the University.

“Barney is a rough-and-tumble kind of guy,” said Dan Payne, a Democratic strategist who spent years as an aide to Frank. “I’ve worked for Barney since 1980, and I cannot remember when we said the words ‘Harvard University.’ It just wasn’t in his narrative.”

Still, Frank spoke at Harvard’s Class Day ceremony last year, and in December, he told the Boston Globe that he hopes to teach at Harvard, eventually.

Massachusetts Governor Deval L. Patrick ’78, another double Harvard graduate, takes a similar tack. Still, Payne said that the degrees are an easier sell for Patrick, who grew up on the South Side of Chicago before coming to Massachusetts on a scholarship to Milton Academy, an elite prep school. Patrick’s image as a skilled orator connects with his Harvard degree without appearing elitist, Payne said.

But even in districts far removed from the Crimson dynasties of Massachusetts—where 32 of the last 71 governors have held a Harvard degree—candidates can profit from quietly standing by a Harvard connection.

When Alexander “Anders” Blewett ’03 sought elected office in his native Montana, his opponent found an easy target in Blewett’s unusual profile. At the time, he was an ambitious, well-traveled lawyer with a Harvard degree who still lived in his parents’ basement.

“He accused me of being single, traveling to exotic countries, being an Ivy League graduate, and not owning property,” said Blewett, recalling a flyer that was mailed to thousands of his constituents when he ran for the Montana House of Representatives at the age of 27.

In spite of his opponents’ efforts to derisively brand him as an “Ivy-Leaguer,” Blewett said that his Harvard credentials might have actually helped him establish credibility and, eventually, win the seat.

“When you’re running in Montana as a guy who lives in his parents’ basement, it’s good to point out that you went to school at an accredited university,” said Blewett, who went on to become the youngest state senator in Montana history.

When candidates return to home districts after receiving a Harvard degree, they can convince voters that they are using the skills they acquired for the benefit of local constituents, Blewett said.

“I think a lot of people appreciate the fact that someone would go to Harvard and return to Montana,” he said.

Regardless of whether candidates use their school days as a foil for their current policies or as useful selling points in contentious elections, they almost always benefit both intellectually and materially from the substance of their Harvard education.

One crucial advantage comes during fundraising, when Harvard graduates are able to take advantage of a nation-wide network of well-connected Harvard affiliates.

“People who attended Harvard tend to think of themselves as lifelong alumni,” Payne said. “They will help a brother or sister, a fellow ‘Harvardian.’”

The benefits of a Harvard degree extend beyond election night, as elected officials cull advisers and appointees from an exceptionally talented pool of school friends and acquaintances.

Obama is known to have filled his administration with Ivy League graduates, many of whom attended Harvard. Treasury Secretary Jacob J. Lew ’78, Education Secretary Arne S. Duncan ’86, Housing and Urban Development Secretary Shaun L. Donovan ’87, and Chair of the Council of Economic Advisors Alan B. Krueger all hold Harvard degrees.

In 2010, Obama appointed Laurence H. Tribe ’62, one of his former professors at the Law School, as senior counselor for access to justice in the United States Justice Department.

Other legislators said that a Harvard education, especially at the graduate school level, helped make them better-informed lawmakers.

U.S. Representative Stephen F. Lynch, who attended the John F. Kennedy School of Government in 1999 while still a state senator, is one of these legislators.

“[After the Kennedy School], I think I was probably as well-versed on foreign policy issues as I am now, but now I do it as a full-time job, and I’m on a foreign policy sub-committee [in the House],” Lynch told The Crimson in an April interview.

Less than two years after graduating, Lynch won a special election and, with it, the job of representing the ninth district on Capitol Hill.

“I was looking to become a better legislator, and to become more adept at making public policy,” he said in 2012. Langevin’s time at the Kennedy School helped prepare him to serve as a federal legislator representing Rhode Island’s second district, he said.

“I was very tough on him because he was very smart,” said Dershowitz, adding that some of Cruz’s litigation skills bear the hallmarks of a Law School education. “If you’re a conservative at Harvard, I want you to leave a smarter conservative.”

Though he will likely never publicly associate with Dershowitz’s legal views, Cruz will forever remain a Harvard graduate.

“We don’t disclaim our students even if we disagree with them,” Dershowitz said.

—Staff writer Jared T. Lucky can be reached at lucky@college.harvard.edu. Follow him on Twtiter @jared_lucky.