James Ryan to take the helm of the GSE on Sept. 1 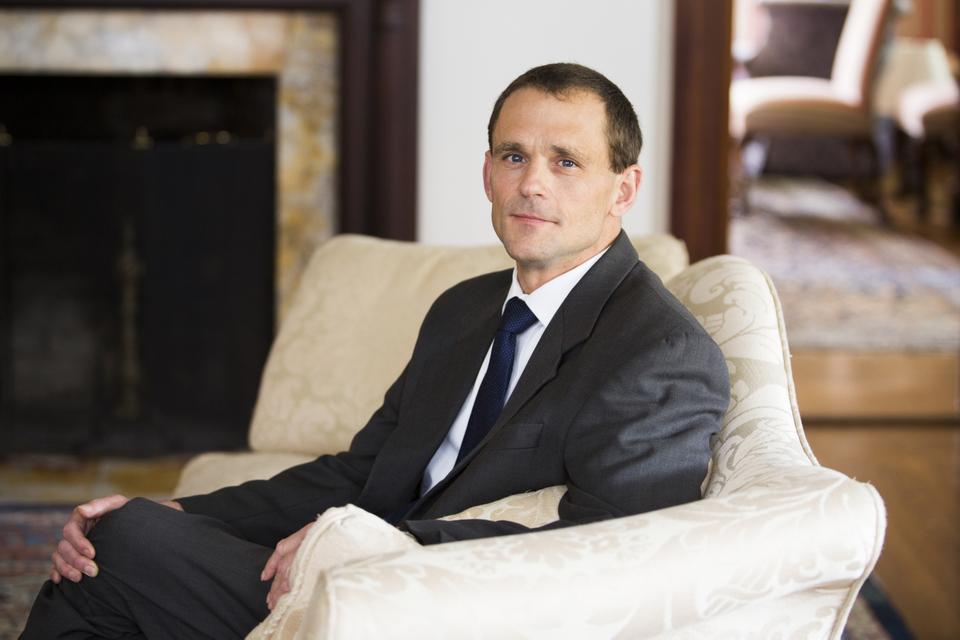 James E. Ryan, a professor of law and of civil liberties and human rights at the University of Virginia School of Law, has been named dean of the Graduate School of Education. Ryan will take the helm of the Ed School on Sept. 1.
By Madeline R. Conway, Crimson Staff Writer

James E. Ryan, a professor at the University of Virginia School of Law whose scholarship has addressed educational opportunity, will serve as the next dean of the Graduate School of Education, University President Drew G. Faust announced Monday.

On Sept. 1, Ryan will assume the post held for eight years by current dean Kathleen McCartney, who will depart on July 1 to become president of Smith College. Ed School professor Richard J. Murnane will serve as acting dean during July and August.

“Jim Ryan is an outstanding scholar, teacher, and academic leader with a deep passion for improving education and for enhancing the interplay of scholarship, practice, and policy,” Faust said in a press release. “Throughout the search, I have been impressed by his seamless integration of the intellectual and the practical, his warm and open personal style, and his evident talent for drawing together people from different backgrounds, disciplines, and points of view.”

Ryan joined Virginia’s faculty in 1998 and served as its law school’s academic associate dean from 2005-2009. Ryan, who is a professor of law and of civil liberties and human rights, currently directs the Virginia School of Law’s Program in Law and Public Service.

In a phone interview, Ryan said he is “delighted” by the appointment and looks forward to working on issues he cares about at the Ed School.

"I have pretty wide ranging interests in education, and I think my interests are as broad as the Education School,” Ryan said. “I'm a bit of an education junkie. I'm interested in just about every issue related to education, and so I'm delighted to be at a school that focuses on nothing but."

Ryan, who has lectured on education policy throughout his career, previously served as a visiting law professor at Harvard and Yale, and as a fellow at the University of Auckland in New Zealand.

Outside of his scholarship and work at Virginia, Ryan has served on the U.S. Department of Education’s Equity and Excellence Commission, which examines the achievement gap and differences in educational opportunities through a policy lens. Ryan has also served on the board of a public charter school in Washington, D.C.

Looking ahead to his new role at Harvard, Ryan discussed bringing the Ed School closer to other parts of the University. He cited the Ed School’s new interdisciplinary Ph.D. in Education program, which McCartney worked to develop as dean and is set to launch next year, as an example of a program that is already working to do so.

“[The Ph.D. program] is a perfect example of a direction [in which] I think everyone hopes the Education School and the University will go. It's very consistent with President Faust's idea of ‘One University,’” Ryan said. “Education is an area that can draw together different schools and faculty from different departments, because there [are] an awful lot of people across the University who are interested in and working on issues related to education.”

Ryan also praised existing Ed School programming, including the School’s new Doctor of Education Leadership program, which enrolled its first students in 2010. The three-year Ed.L.D program, which just produced its first class of graduates last month, gives mid-career professionals the chance to take classes at Harvard for two years and then serve as residents with educational organizations for their final year.

Reflecting on approaches in the study of education, Ryan emphasized the importance of the interplay between research and policy.