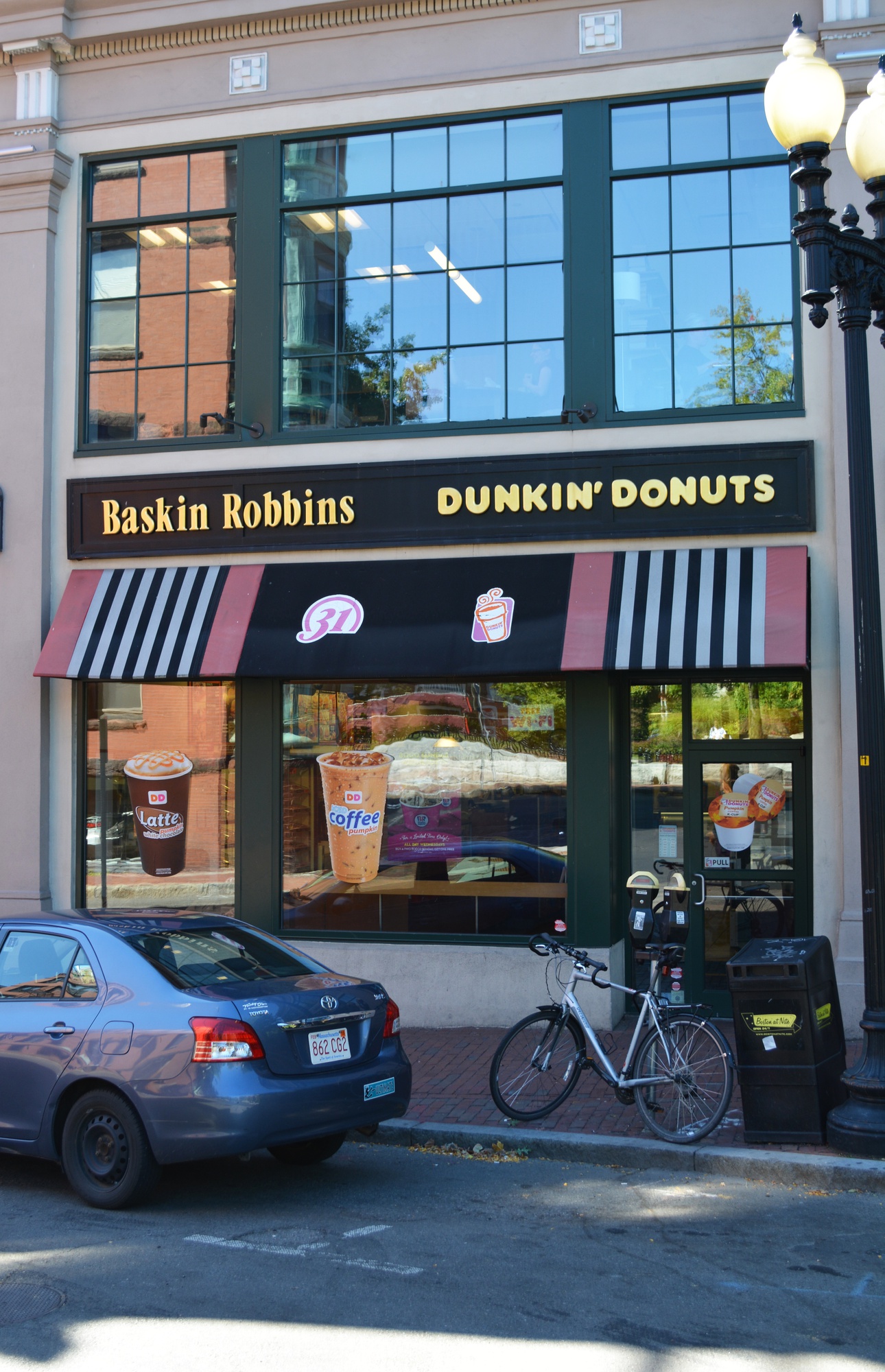 The location had been expected to close this week, but it will now remain open.
By Nikki D. Erlick, Crimson Staff Writer

The Dunkin’ Donuts and Baskin Robbins franchise at the corner of Mass Ave. and Bow Street that was expected to close this week will now remain open.

The signs previously noting the location’s closing on the door and inside were no longer posted Tuesday morning, just days after the announcement of the imminent closure of the joint store.

The lease, which expired this year, was being resold by real estate company Colliers International, but now will remain in the hands of franchise owner David G. Carvalho, who also operates three other Harvard Square Dunkin’ Donuts locations within the Riverside Management Group.

Last week’s announcement of the store’s closing elicited a passionate response on Harvard’s campus. Christine A. Maroti ’14 said the unexpected news that the store will remain open “made her day.”

Maroti praised the tendency of the Bow Street Dunkin’ Donuts to provide cups made of styrofoam, rather than paper.

“I was really worried that I would have to go to the Eliot Dunkin’ Donuts to get my hot coffee, so now I’m really happy that I don’t,” she said.

“I come here before class usually to read some of my pre-reading and to have a coffee and relax a bit after work,” Friesen said.

“I really appreciate this spot because it’s very close to where I need to be for my class, so I’m glad they’re staying open.”

This location is one of four Dunkin’ Donuts in Harvard Square, but the only one that includes a Baskin Robbins.

The storefront also gained fame after being featured in the 1997 film “Good Will Hunting” in a scene in which former Harvard undergraduate Matt Damon slammed a phone number against the window and asked, “How do you like them apples?”

“I’m absolutely thrilled. They’re really nice people in that store, and it’s a convenient location,” said patron Joe R. Mazur ‘15.  “If I can indulge a cheesy quote, I really like them apples.”

An earlier version of this article incorrectly stated the year the film “Good Will Hunting” was released. In fact, the film came out in 1997, not 1998.