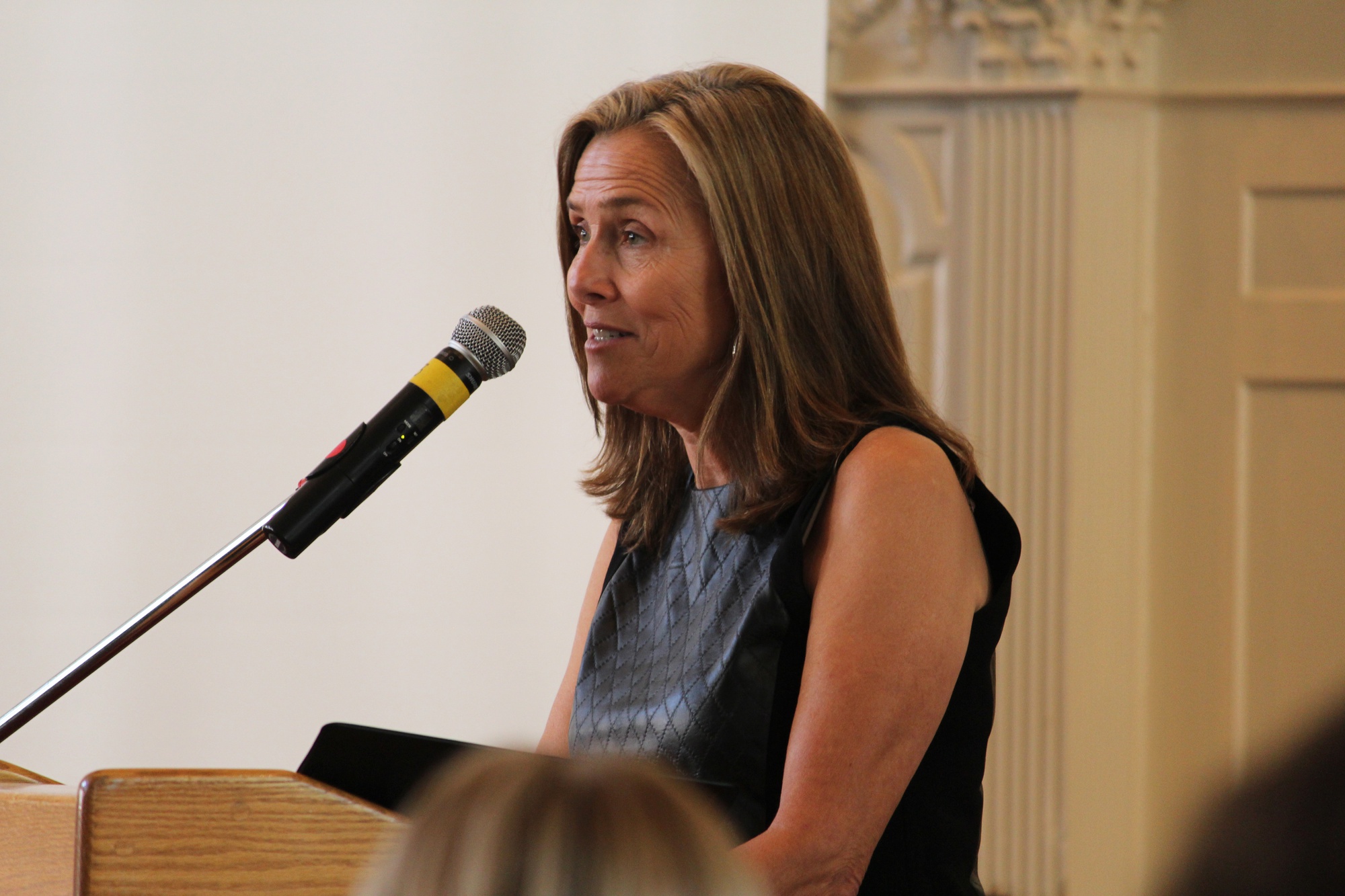 Meredith Viera, journalist and TV personality, hosts the Alzheimer’s Symposium on Saturday. The event was organized by Alzheimer’s Buddies, a group on campus that meets weekly with patients affected by Alzheimer’s.
By Anita Xu, Contributing Writer

The familiar voice of Meredith Vieira, an NBC correspondent and former co-host of the popular news program “Today,” rang close to home Saturday afternoon as she commenced the first annual Harvard Alzheimer’s Symposium.

Organized by Harvard College Alzheimer’s Buddies, the Symposium attracted a range of speakers to promote greater collaboration and dialogue amongst those impacted by the disease, according to the group’s website.

According to Harvard Medical School professor Ruth Kandel, Alzheimer’s disease is the sixth leading cause of death in the U.S., affecting about 5.4 million Americans, or one in nine elderly people.

Speakers at the event discussed methods that could potentially reduce the severity of the disease. Brendon P. Boot, neurology instructor at the Medical School, suggested using PET scans to detect Alzheimer’s 30 years before the disease actually manifests, which he said might lead to earlier diagnoses and lessen memory loss.

“Today it has become more challenging,” Ellenbogen said. “There is so much I want to do, but I realize I cannot do it.”

Ellenbogen called for greater awareness and support for Alzheimer’s patients.

“We must first change the mindset of how people view this disease,” he said. “There are no survivors.”

James Creasey, the founder of Jiminy Wicket, an international organization that raises awareness of dementia through the game of croquet, said long-term Alzheimer’s patients, 66 percent of whom get only one visit per year, face emotional toil and loneliness.

According to the group’s website, the Alzheimer’s Buddies hopes to combat these feelings of isolation by visiting dementia patients on a weekly basis.

Jeffrey M. Robbins ’83, a Medical School teaching associate, said he started the program in memory of his mother after his father noticed how visits from young people could brighten up patients’ days.

The program went on a hiatus, but Ryan R. Christ ’13 said he revived the organization at the College and expanded it.

“I want other Harvard Students to know what it feels like to be a hero for someone else,” Christ said. “You might not wear a flashy jetpack, but with a little courage, you’ll be surprised by how far your smile will go.”