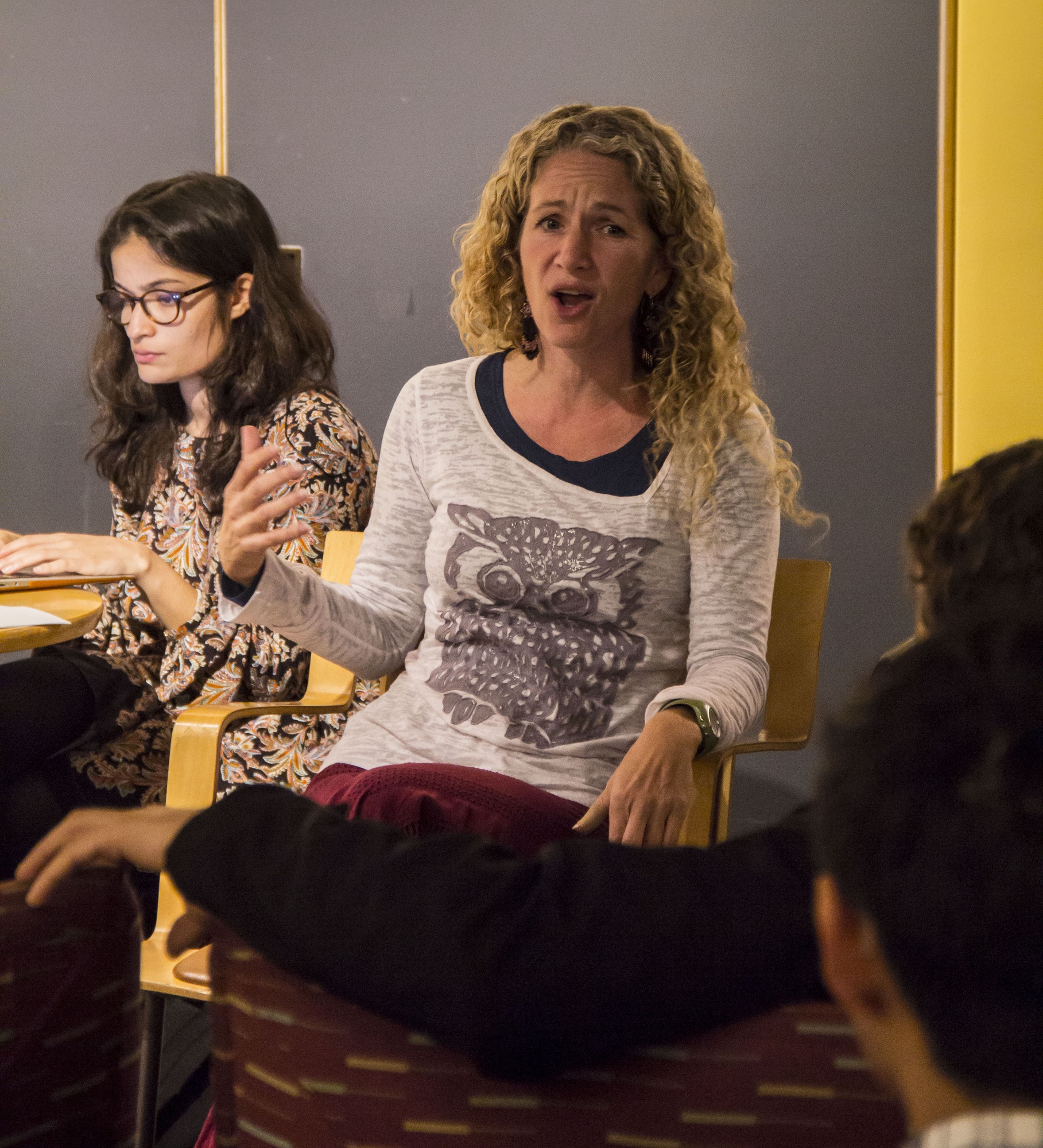 Alison F. Johnson, who is leading a committee of university members to update FAS policies sexual assault, is answering questions about the recent release of the Annual Security Report by HUPD. Johnson indicated that she thinks that the reason for Harvard's high number of forcible sex responses is that the university's reporting standards are better but that it should give no reason to not tackle the issue diligently.
By Noah J. Delwiche, Crimson Staff Writer

Top Undergraduate Council leaders have dialed up their criticism of a perceived lack of student inclusion in administrative decisions and will meet with University President Drew G. Faust Friday to demand reform.

Critical remarks came from UC President Gus A. Mayopoulos ’15 at the Council’s meeting Monday, which also featured discussion of the University’s new sexual assault policy and the Council’s handling of gender and racial equality.

Mayopoulos first pointed to the creation of the Smith Campus Center, announced last fall. At that time, Faust outlined a goal for the center to unify the community and reinforce her vision of “one University.”

The University formed working groups to oversee its creation, but Mayopoulos said he is the only undergraduate on the common spaces working group. Mayopoulos also contended that he was specifically advised against speaking to The Crimson about the body’s deliberations, hindering his ability to communicate the campus center plans to all undergraduates.

“Believe me when I tell you it’s not going to be a student center. That’s all I feel comfortable saying right now,” he said.

Turning next to the University’s new sexual misconduct policy and procedures, Mayopoulos reiterated a concern about student inclusion in the policy’s formation.

“We were denied a single voice,” he said, emphasizing the fact that no students sat on the committee, convened in May 2013, that eventually formulated the new University policy.

Mayopoulos continued by deeming the roll-out of a recent change to the Q Guide as a “shady call” that “disregarded” the work of the Committee on Undergraduate Education.

Students’ concerns were “thrown out the window,” Mayopoulos said. 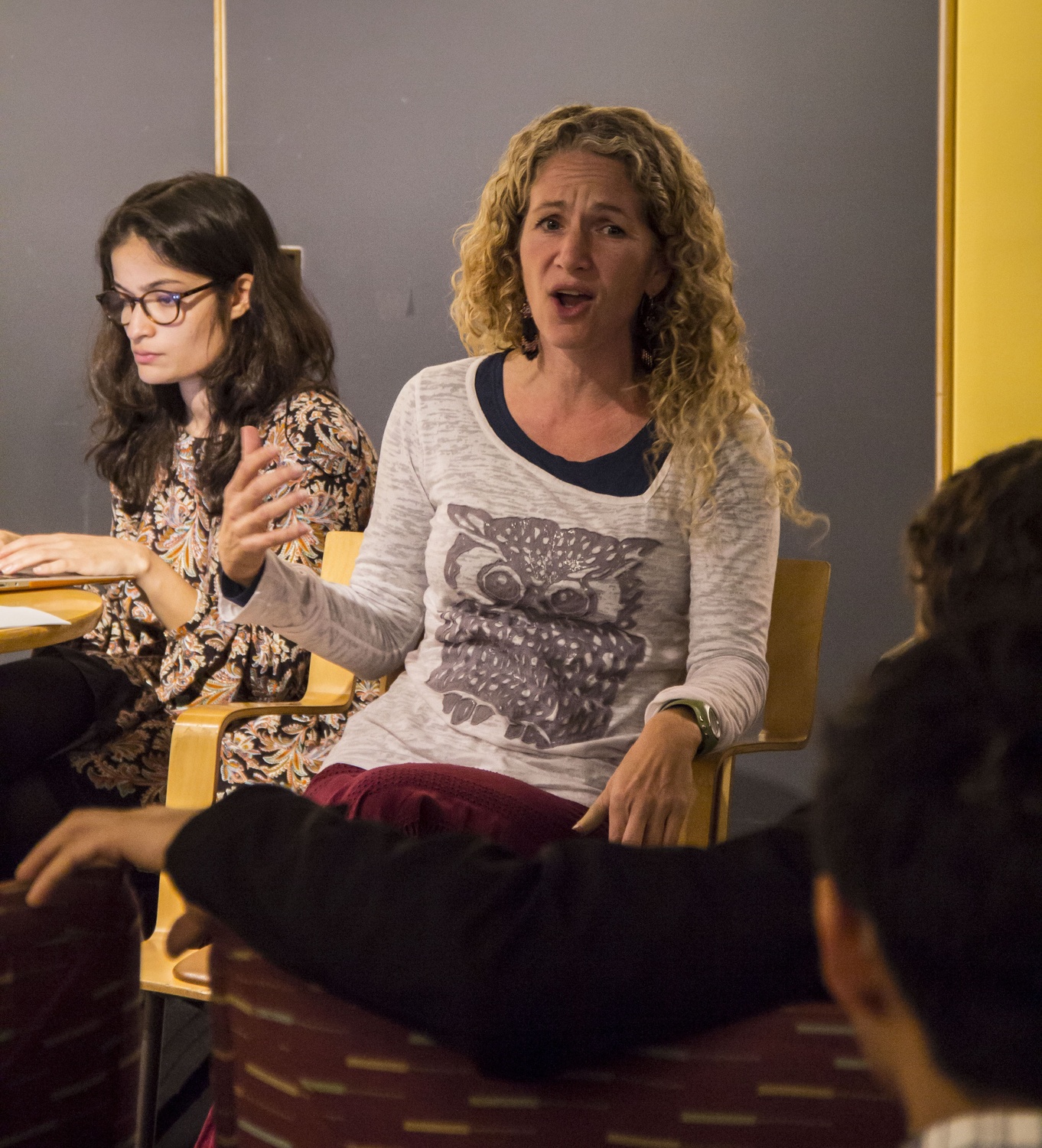 Alison F. Johnson, who is leading a committee of university members to update FAS policies sexual assault, is answering questions about the recent release of the Annual Security Report by HUPD. Johnson indicated that she thinks that the reason for Harvard's high number of forcible sex responses is that the university's reporting standards are better but that it should give no reason to not tackle the issue diligently. By Zorigoo Tugsbayar

Mayopoulos summed up his examples by alleging that they represent a “consistent theme” of disregard for the student voice. He added that both he and UC Vice President Sietse K. Goffard '15 will meet with administrators in the coming weeks to advocate for changes, including the input of student voice in Harvard Corporation and Faculty Council decisions.

The UC also welcomed Alison Frank Johnson, chair of the Faculty of Arts and Sciences Committee on Sexual Misconduct Policy and Procedures, to field questions about how FAS might best write its new policy to conform to the University-wide policy and improve programming on sexual violence prevention.

Johnson made clear she was not advising students against advocating for changes to the policy, but suggested that affirmative consent could persist as a cultural policy, even without its inclusion in the written policy.

“Culturally, affirmative consent is something we can embrace as a community, even if that phrase doesn't appear in the policy,” Johnson said.

The Council also passed two pieces of legislation designed to promote racial and gender diversity on the body. The first allocated $30o from the Student Relations Committee’s budget for the work of two new positions—the gender inclusivity liaison and the race inclusivity liaison.

The second co-sponsored a panel discussion about women in leadership with women’s groups on campus and the Institute of Politics.

UC representatives also approved another wave of grants amounting to about $7,500 and approved plans for a freshman town hall event. The event had originally been tabled last week amid discussions about scheduling.

An earlier version of this article stated that the committee that ultimately formulated the University's new sexual harassment policy convened in May. To clarify, the group convened in May 2013.