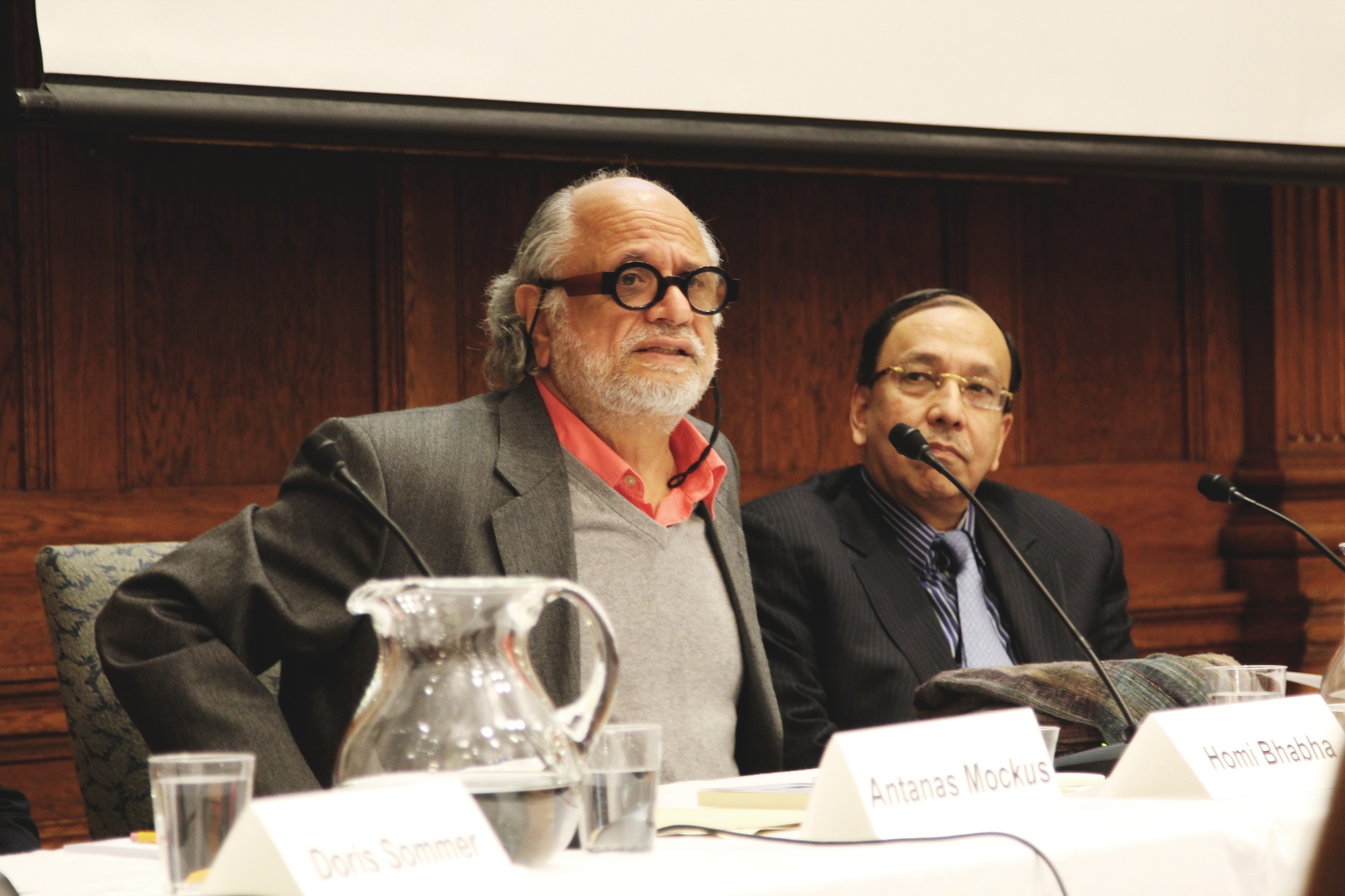 On Monday evening at the Barker Center Room 110, Homi Bhabha, the Director of the Mahindra Humanities Center, moderates the discussion on social change.
By Andrés M. López-Garrido, Contributing Writer

Art and culture have a large role to play in the politics of the 21st century, a panel of scholars agreed Monday night while discussing past uses of those tools in Colombia and India. The event, “The Stirring of Culture,” moderated by Homi K. Bhabha, director of the Harvard Humanities Center, drew a crowd of about 50 people to the Barker Center. 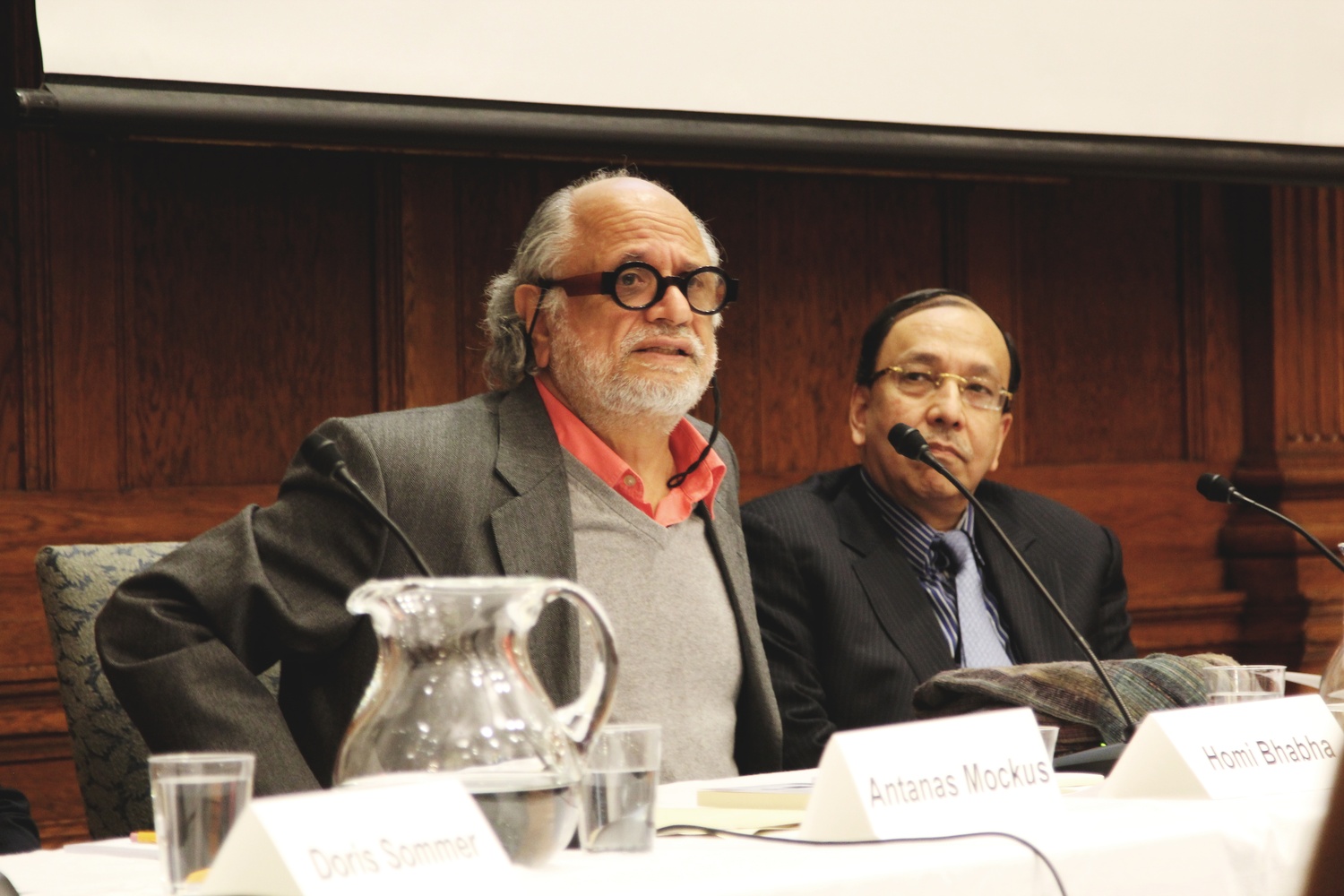 On Monday evening at the Barker Center Room 110, Homi Bhabha, the Director of the Mahindra Humanities Center, moderates the discussion on social change. By Byung-Hoon Min

Doris Sommer, Harvard professor of Romance Languages and Literature, spoke about Antanas Mockus, the eccentric mayor of Bogotá from 1995 to 1997 and 2001 to 2003, and his cultural projects, before Mockus himself discussed his terms. Sommer explained how Mockus, who later became a visiting professor at Harvard, was elected in a desperate city and set out to show that change was possible.

In one of his creative initiatives, Mockus fired twenty cops and hired mimes to patrol the city.

“The mimes couldn’t give you a ticket, they couldn’t put you in jail, they couldn’t do anything legally binding, but they had the charm of engaging the public as co-authors of a new moment in Bogotá,” Sommer said.

People interacted with the state in a new way as a result, Sommer said. She showed a video of mimes directing traffic and Mockus dressed as superhero “Super Citizen.” 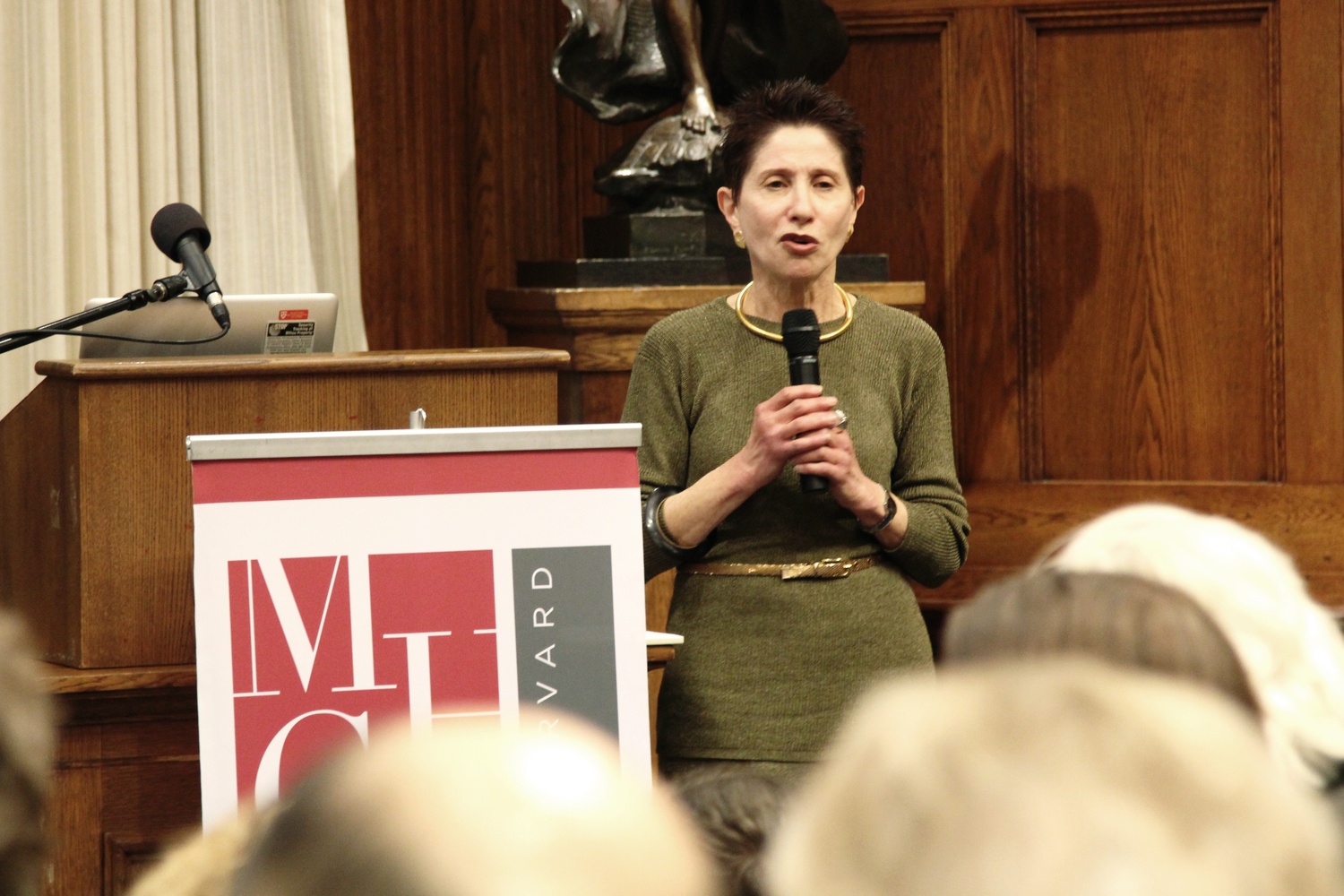 On Monday evening at the Barker Center Room 110, Doris Sommer explains the idea of social change: "Without pleasure there is no lasting social change because if you try to impose change without pleasure, you get instead resistance, rebellion, and resentment; but when it is pleasurable, people assume these changes with their own will." She opened up her speech with Antanas Mockcus' acts for social justice. By Byung-Hoon Min

She called Mockus the embodiment of the push for collective creativity and said that his model helped to create lasting peace in Colombia.

During the event, Mockus also shared some of his experiences. In response to a question from the audience about whether he considered himself a cultural leader or a politician, Mockus said that he has not assumed a single identity.

Nonetheless, he did say he is close to denying his involvement in politics.

Concerning his time in office, he said, “I liked it very much, but it was a time-bounded project.”

History professor Sugata Bose, an Indian politician, traced the history of culture and politics in his native city of Calcutta. He noted, however, that there are no government-sponsored “creative interventions” in India like Mockus used in Bogotá.

Ricardo Santamaría, a fellow at the Harvard Weatherhead Center for International Affairs, said in Spanish, “Antanas Mockus represents a new form of political leadership in Colombia that introduces new elements of communication using culture and art, and is an example to other countries.”

Lisa Wong, a pediatrician at Massachusetts General Hospital, said she was “struck by how [the panelists] were reflecting on the depth of need for change, and coming to the arts and humanities as a solution, rather than a scientific or technological solution.”