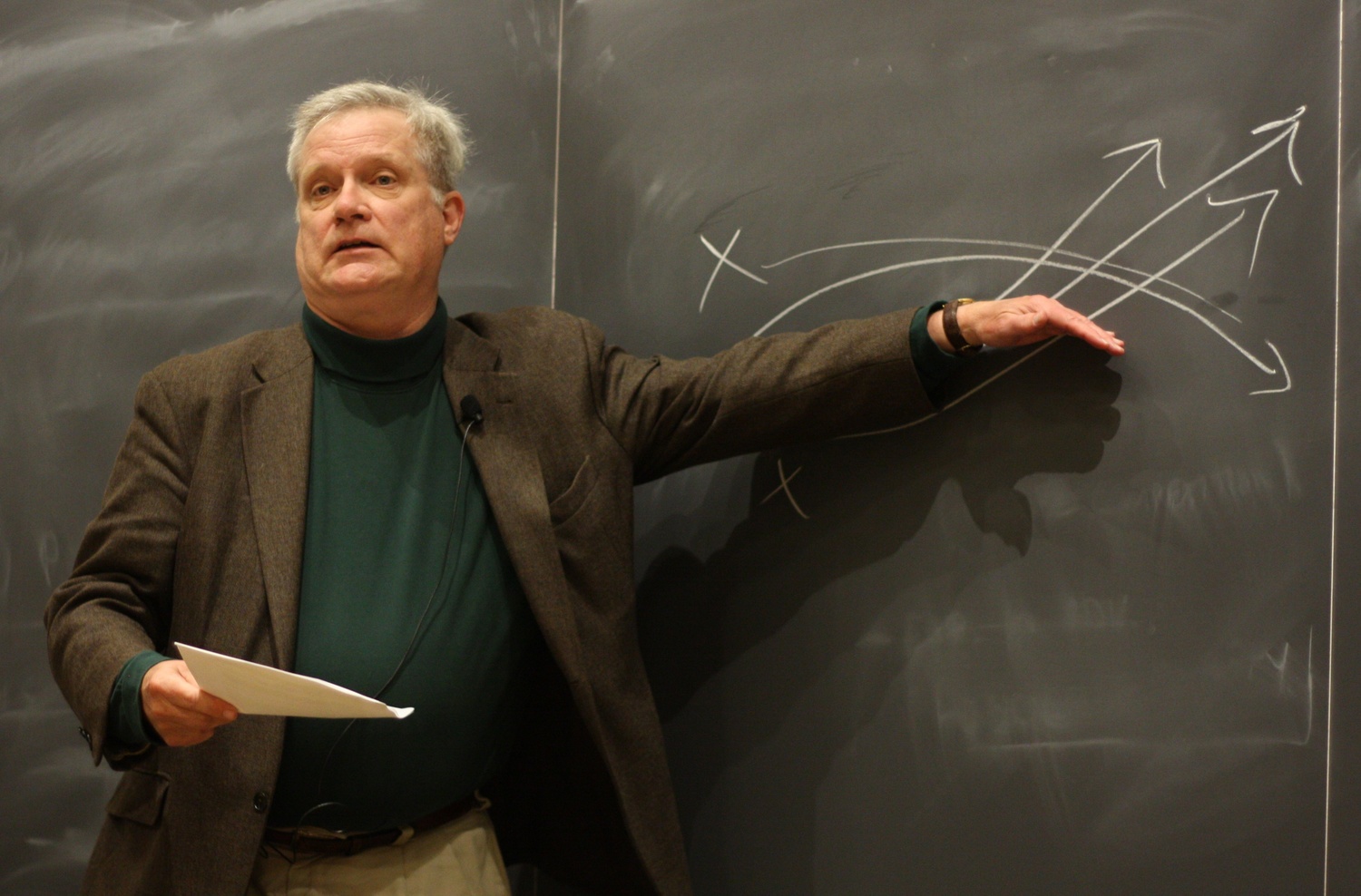 Several members of Harvard Faculty for Divestment discussed the science behind climate change on Sunday evening and continued to urge University officials to divest Harvard’s endowment from fossil fuel companies, arguing that doing so would galvanize “political will” needed to change energy production and consumption.

Presenter Stephen A. Marglin ’59, an Economics professor, said that Harvard’s divestiture would not cause fossil fuel companies to collapse, but could set an example for other institutions that might be waiting to follow Harvard’s lead.

This, he and the other presenters said, could provoke civil action and political response to match the economic and political forces of fossil fuel companies.

Marglin was joined in presenting by Chemistry professor James G. Anderson and English professor James T. Engell ’73. The three are among the 164 signatories of an open letter published last spring and addressed to University President Drew G. Faust and members of the Harvard Corporation, calling on them to divest from fossil fuels.

In subsequent correspondence, Faust has restated that the University will not divest, arguing that such a move would undesirably politicize the endowment and that Harvard can best address climate change by promoting research and education. 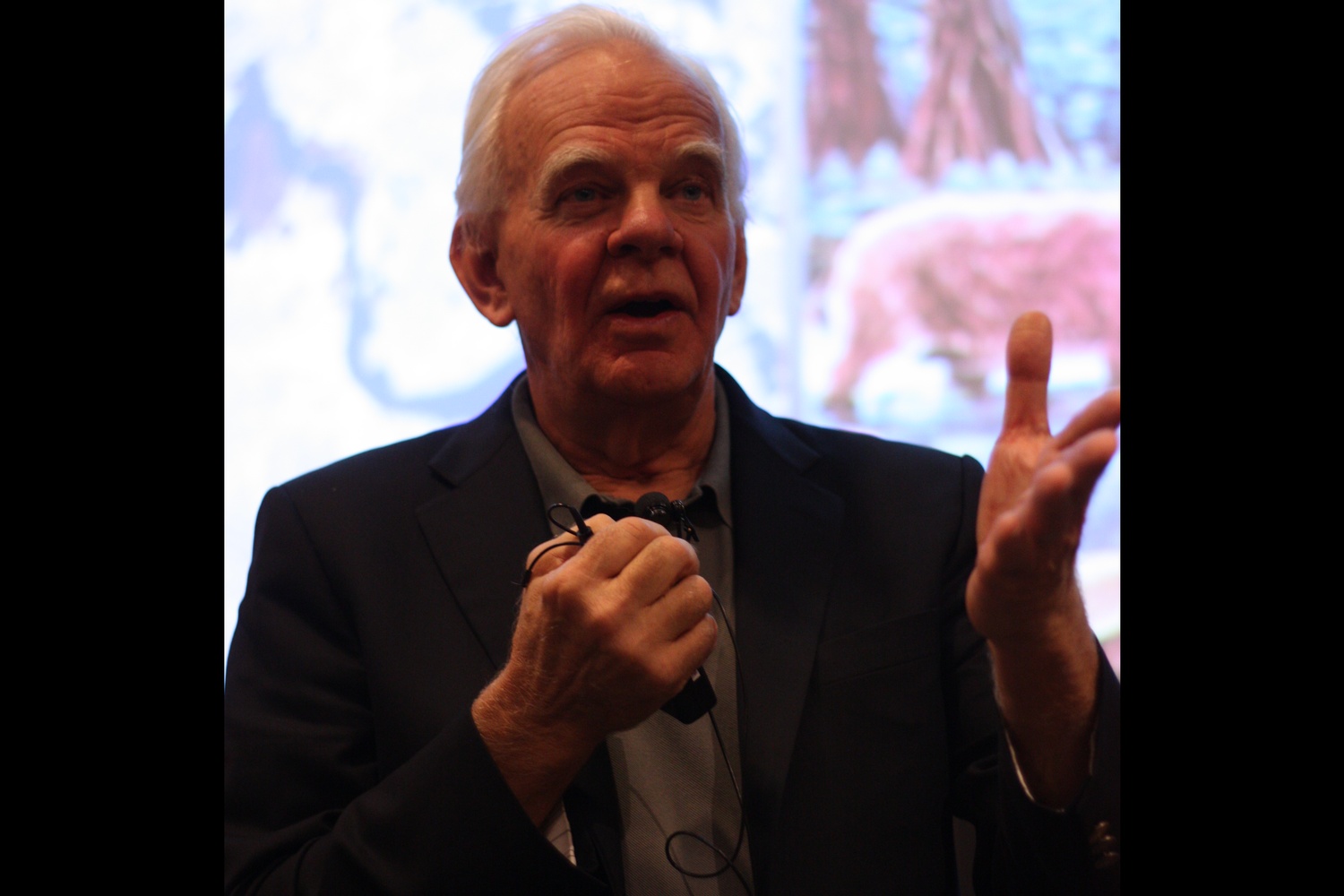 Anderson presented first, opening by commending Divest Harvard students who held a fast last week to raise awareness for their cause. About 160 individuals reportedly signed up for Divest Harvard’s fast last week, with each participant choosing how long to fast, up to 72 hours.

“I haven’t seen a reaction with this intensity since the Vietnam War,” Anderson said.

Yet, during the question and answer period, journalist and divestment activist Wen Stephenson ’90 said that the movement is not widespread enough, as Harvard’s campus seems to have “a resistance—deep-seated—to resistance.”

One of principal authors of the Faculty for Divestment letter assistant professor of Psychiatry James M. Recht, although not presenting at the event, agreed with Stephenson.

“What I admire about what the students are doing is their courage, their rebelliousness, and I just think we need more of it,” Recht said.

Stephenson wrote an open letter to Faust last week, reporting that he had been asked to leave an alumni event in Sanders Theatre last spring after he and two fellow alumni held a banner that said “Harvard Alumni for Divestment” while Faust was speaking.

After retreating to the foyer, a Harvard University Police Department officer reportedly told Stephenson that while he would not be arrested that day, he would be arrested if he returned to campus.

In his letter, Stephenson said that he would return to campus for Sunday’s event, regardless of the ban placed on him.

But on Saturday, HUPD Deputy Chief Michael D. Giacoppo emailed Engell, Anderson, and Marglin, saying that “Mr. Stephenson is welcome to attend this or any other event on campus at this time,” according to a copy of the email Stephenson shared with The Crimson.

—Staff writer Steven R. Watros can be reached at steven.watros@thecrimson.com. Follow him @SteveWatros.