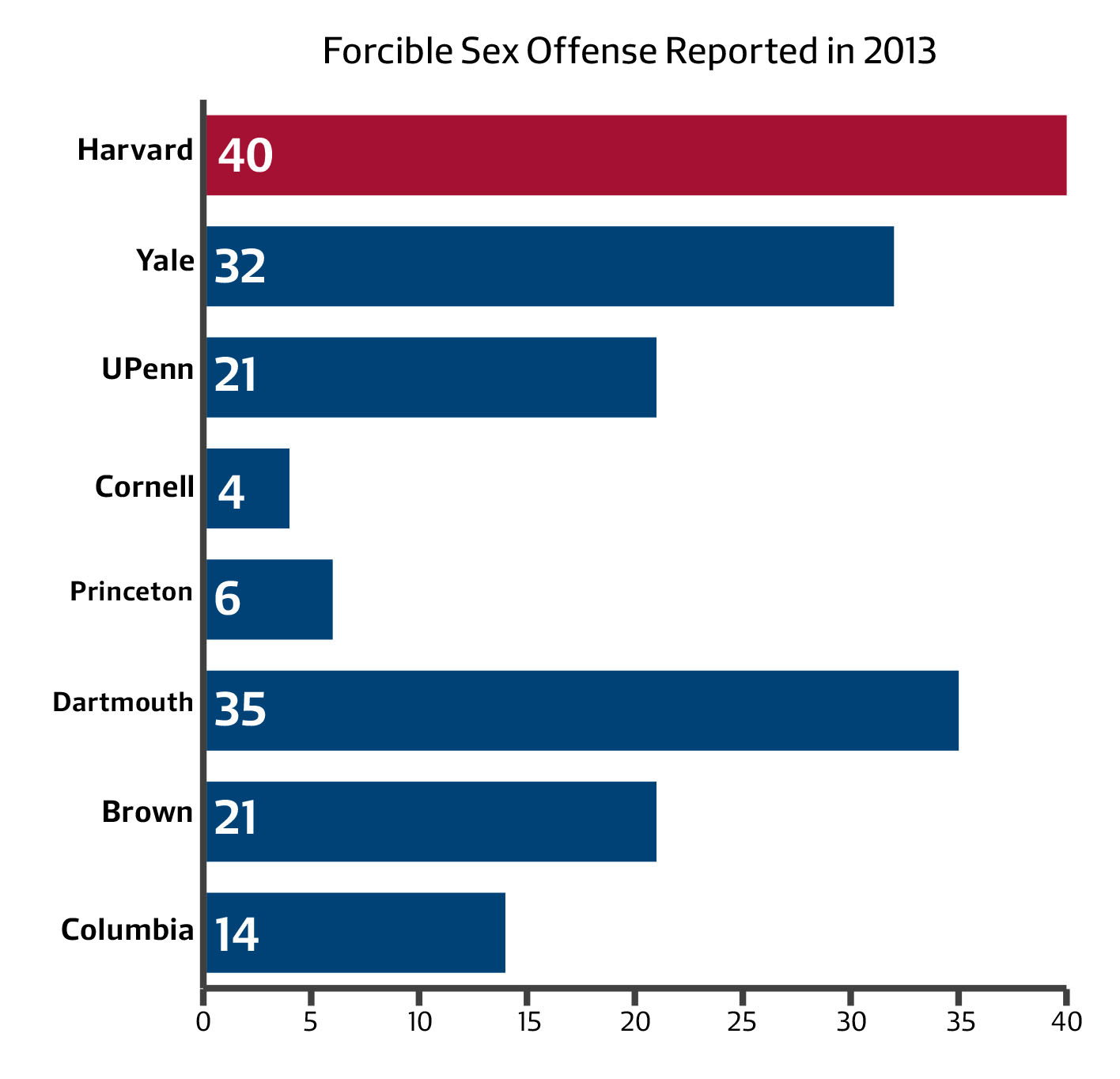 Forty instances of forced sexual contact on or near campus were reported to the Harvard University Police Department and other local law enforcement in 2013, five more than any other Ivy League school, according to the department's Annual Security Report released last week.

The report also showed a decline in reported incidents of robbery and an increase in the number of actions taken following liquor law violations.

The report is federally mandated by the Clery Act, passed in 1965, which requires that colleges publish annual crime and fire safety statistics. In addition to publishing three years of rates of reported campus crimes, HUPD included an overview of the police department, crime reporting information, and emergency notifications in the report, which was emailed from HUPD spokesperson Steven G. Catalano to the Harvard student body last Wednesday.

HUPD Chief Francis D. “Bud” Riley wrote that although the crime rate at Harvard is low, students should still be concerned about safety.

“It is important for students, faculty, staff, and visitors to remember that we are located in an urban setting and must contend with many of the crime and safety issues that exist in any city,” Riley said in the opening remarks of the report.

One subcategory of forced sex offenses, “forcible fondling,” rose from 14 to 22 reported offenses at Harvard between 2012 and 2013. In contrast, the number of reported rapes fell from 24 to 18 over the same time. All but five of the forcible sex incidents reported occurred on campus.

Overall, 93 percent of reported crimes at Harvard were property-related. Robbery and aggravated assault at Harvard reached a three-year low, according to the report, with “aggravated assault” showing a steady drop from 36 incidents in 2011 to 14 in 2013. Thirty-two cases of burglary were reported.

Harvard reported the lowest number of disciplinary actions for drug infractions in the Ivy League, with seven in 2013.

In addition, the report showed five reports of “Bias Crimes” at Harvard in 2013. Three cases were religion-based, one case concerned race, and another ethnicity/national origin. All occurred on public land near campus.

None of the above numbers include Harvard’s Longwood Campus, which was tabulated separately.